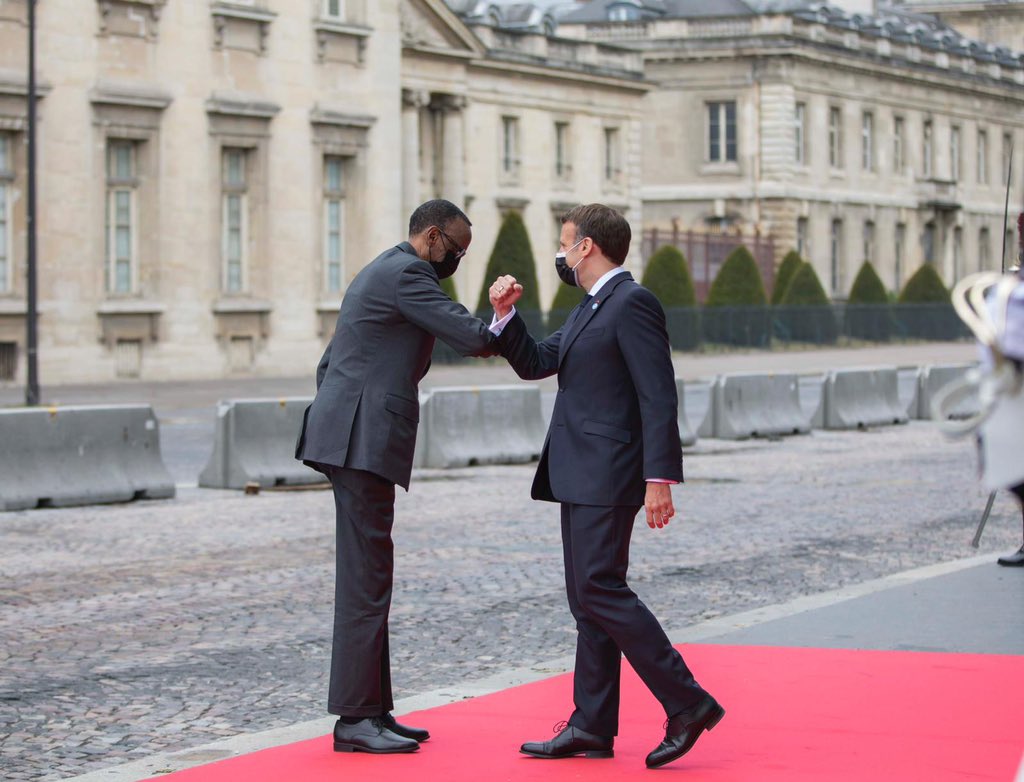 France’s President Emmanuel Macron said his visit to Kigali will be a major turning point which will open a new chapter in the relations not only for the two countries but also the African continent.

The French President tweeted as he set off for Rwanda on Wednesday night, expected to arrive on Thursday morning, heading straight to Kigali Genocide Memorial in Gisozi to pay his respects to over 250, 000 remains of victims of the 1994 Genocide against the Tutsi laid to rest there.

“As I take off for Kigali, I have a deep conviction: over the next few hours, we are going to write together a new page in our relationship with Rwanda and Africa,” President Macron tweeted.

President Macron’s visit is a major milestone development being watched by the world and seen as the final step for Rwanda and France to normalize relations which have been characterised by tensions and misunderstandings over the last 27 years.

The two-day visit is highly awaited with dozens of French journalists traveling to Kigali where together with local media will be fighting to get a better angle of the two leaders as they go about their business to normalize bilateral ties that have been thawing since the French leader took office and offered to work on the difficult issues that plagued the relations.

President Paul Kagame has over the years maintained that what Rwanda needed was a sense of acknowledgement and clarity of facts rather than apologies and that once that is done, the two countries can put behind some of the issues that stood between them, particularly concerning the role of France in Rwanda before, during and after the Genocide.

Upon his arrival, President Macron will head to the Kigali Genocide Memorial where he will deliver a historic speech after paying his respects. Never has a French President spoken at the memorial. His speech is expected to touch on the role of France and a message to the survivors.

From there he will head to Village Urugwiro where he will have talks with President Kagame, focusing on a number of issues of political and socio-economic interest for the two countries, including full restoration of diplomatic ties. The two leaders will share a working lunch after which they will address a joint press conference featuring local and international journalists.

According to Jeune Afrique, Macron will then go to the Polytechnic Institute of Tumba, in Rulindo district, Northern Province, where the French Development Agency (AFD) will announce partnerships for training and education. Later in the evening he will inaugurate the French Cultural Center in Kigali, accompanied by Louise Mushikiwabo, the Secretary general of the International Organization of the Francophonie (OIF).

Apart several cabinet ministers and Mushikiwabo, President Macron will be accompanied by writers Scholastique Mukasonga and Annick Kayitesi, French Member of Parliament of Rwandan origin Hervé Berville, former Miss France and film director Sonia Rolland and General Jean Varret, the former head of the military cooperation mission in Rwanda between 1990 and 1993, among others.

Gen. Varret was among former French military officers who met President Kagame during his last visit to Paris, to discuss and share facts on the role of France in Rwanda.

Other high ranking officials to accompany Marcon include Makhtar Diop, the Managing Director of the International Finance Corporation (IFC), the private sector arm of the World Bank Group, among others.