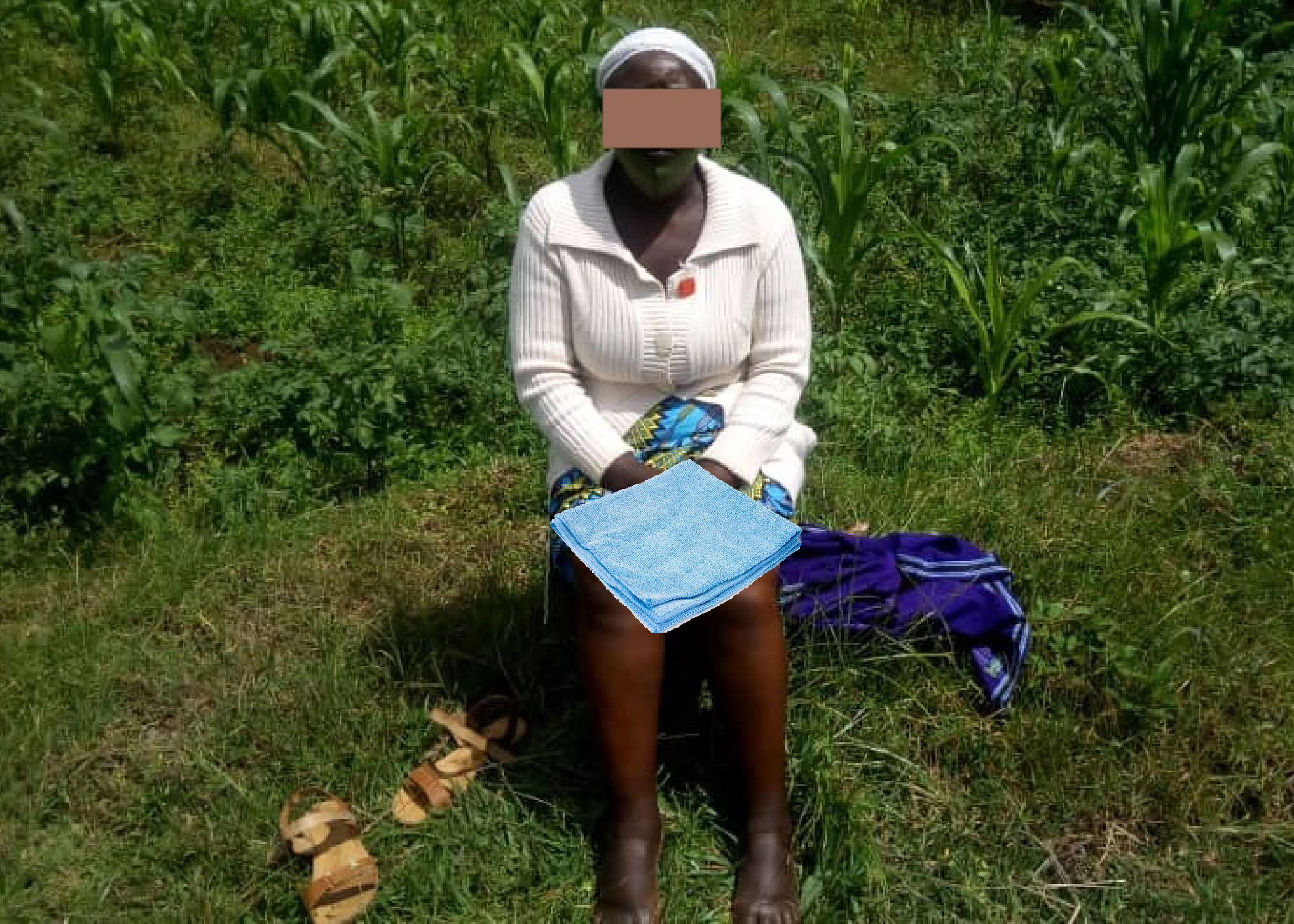 In 2012, Donatile Mukantoni a resident of Musanze district, Northern Province developed a rare skin itch on her legs and feet, a condition she had not experienced since childhood.

Due to severe itching of the skin, Mukantoni started scratching the lower limb, feet, and toes as the itching continued.

After three years of pain, the legs and feet started developing into blisters.

“It started as a usual itching skin, I thought it was a small illness and I kept scratching legs, feet, and toes,” the 52-year-old remembered.

The mother of eight said that the itching skin and scratching continued until she started developing large painful wounds.

“I tried to seek medication in health centers, but the drugs I was given, never healed my condition, rather it increased. Because of swollen legs, I could not move or carry out farming as usual. I remained home; my six children dropped out of school, I could not raise their school fees,” Mukantoni said. 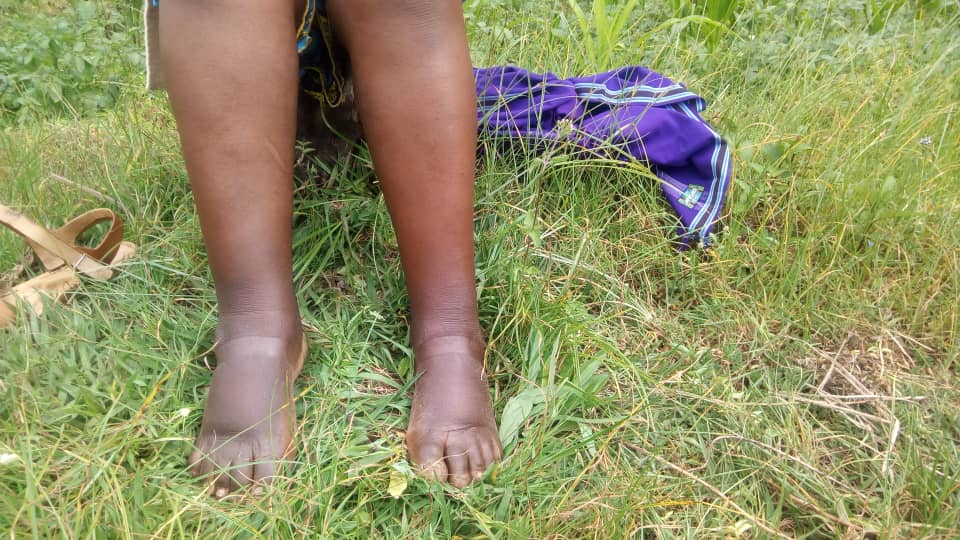 She added that only her two children continued with education, one will sit Primary Living Examination (PLE) in July this year and another one in Senior two.

“My husband continued with farming. However, he could only raise school fees for only two children and food to eat at home. Because of the smelly wounds, I could not go anywhere, I remained home,” Mukantoni said.

Mukantoni said that she lived the life of being neglected and considered shameful in the community until she heard about medication campaigns by Heart and Sole Africa (HASA) in 2019. 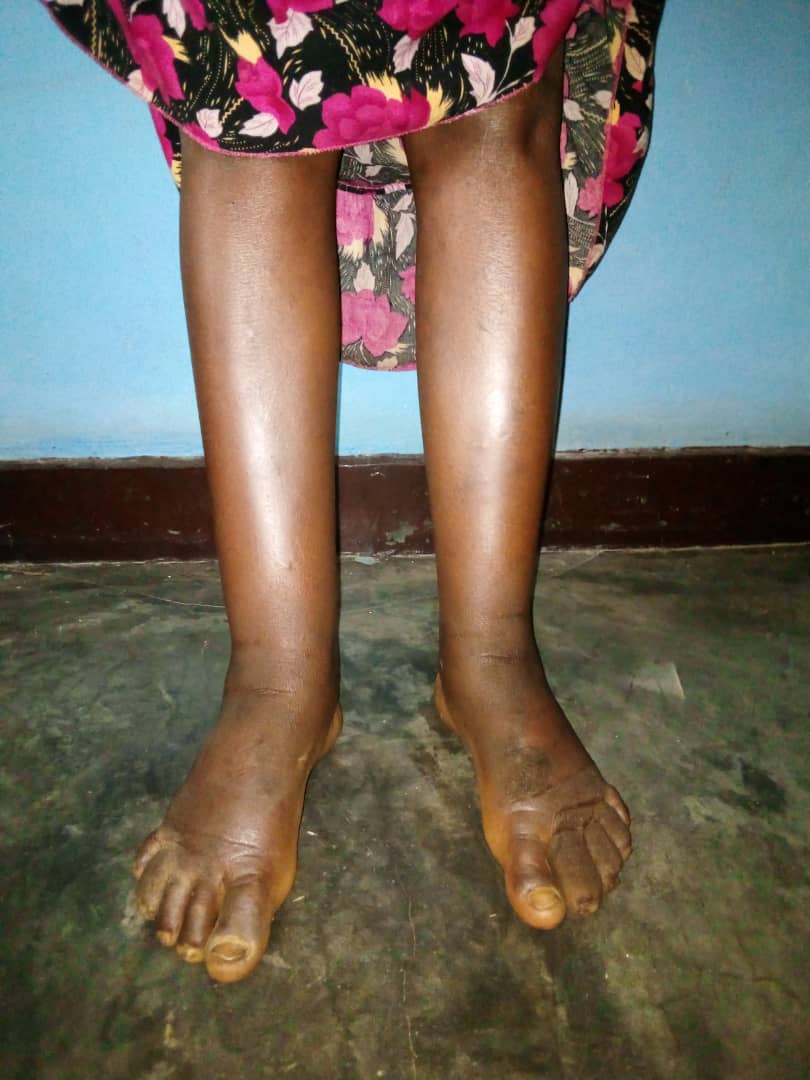 HASA is an international non-governmental organization founded in 2009 by American Physical therapist, Tonya Huston to solve problems for Neglected Tropical Diseases in Rwanda.

“My family members told me that HASA was treating several illnesses, I was taken there and they told me that the illness was called podoconiosis. They told me the condition had reached elephantiasis stage and couldn’t cure but could reduce swollen legs,” she said.

“I think since 2019, I have been taking medication and I am feeling some relief today, I have been given stockings and boots to wear, and I have started farming again, though slowly,” Mukantoni said.

She said that she has hope of healing and resuming farming as it was before 2012.

Mukantoni is among thousands of patients who suffer from podoconiosis sickness locally known as Imidido, characterized by severe swelling of the feet and legs and is reportedly caused by long-term, barefoot exposure to volcanic soils rich in silica.

On Monday 31, the University of Rwanda (UR) launched three-year research worth £3.5million about consequences that could result from neglecting patients suffering from podoconiosis conditions.

The launch of a research project follows the Lancet Global Health reported for 2019 indicating that 6,429 people across the country are living with the sickness.

The sickness (podoconiosis) reportedly causes widespread stigma to patients and their relatives, leading to isolation of victims in houses due to a community stereotype of considering victims as a ‘shame or a taboo. 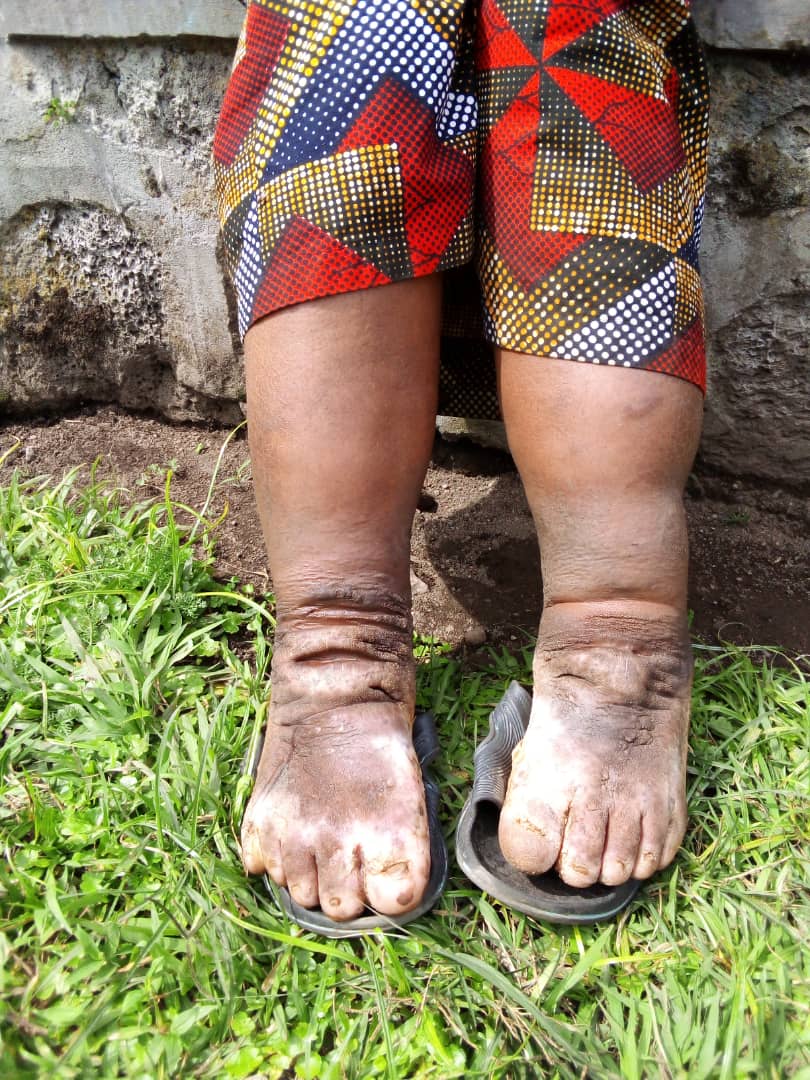 The Lancet Global Health, a group researcher indicated that podoconiosis is predominant in subsistence and poor farming communities located in the Northern, Southern, and Western provinces who spend their time working barefoot in the risky silica soils.

Also, the report indicated that podoconiosis disease causes disfigurement, affecting a person’s ability to work, school, and can result in being disliked by their families and communities, yet it can be prevented with simple interventions like foot washing and wearing shoes regularly.

“The research is not only expected to leave a positive impact on the lives of the patients but also in areas where patients live by ending neglect, stigma, and suffering,” Prof Alexandre Lyambabaje, a vice-chancellor of UR said.

Prof. Lyambabaje said that the research team, partners, and entirely the University is dedicated to building a more just and sustainable society locally, nationally, and globally with appropriate innovation towards a quality of life.

The launch to research about consequences of podoconiosis patients was held at the UR headquarters in Kigali city on Monday 31.

The researchers indicated that podoconiosis or Imidido is predominant in districts including Musanze and Gicumbi districts located in the province, Nyamasheke and Karongi, Western province, and Gisagara district in the Southern province. 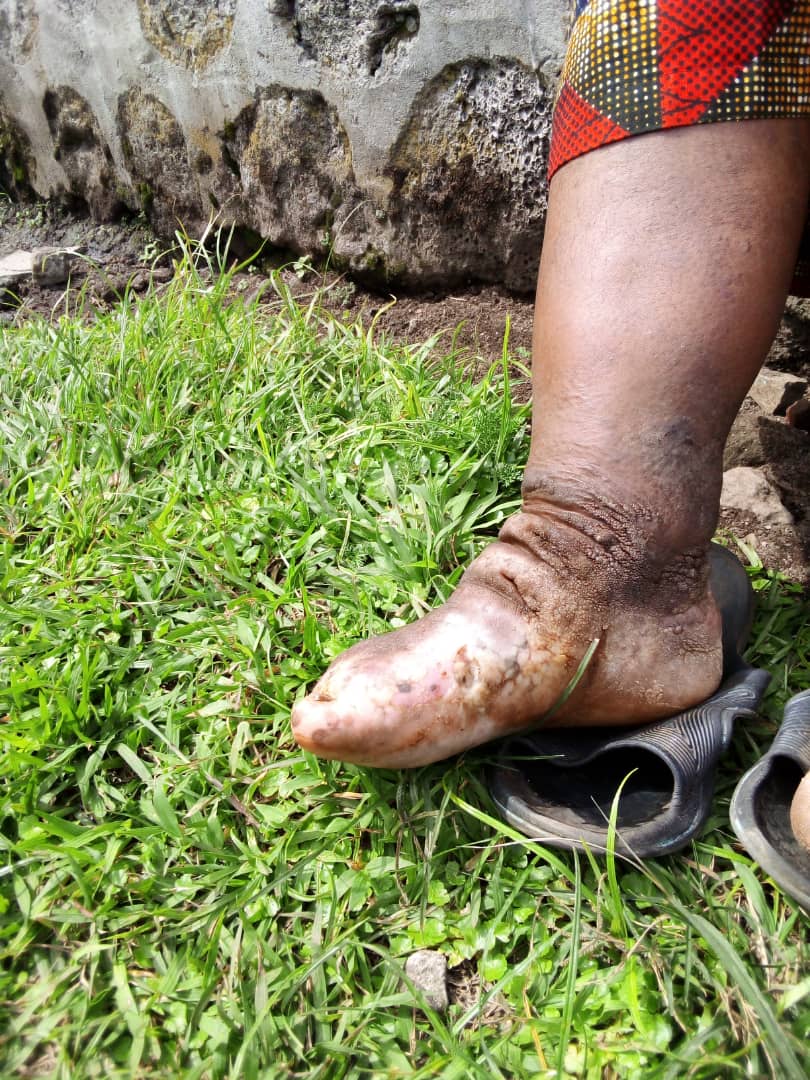 Besides reported thousands of podoconiosis victims, one hospital called Heart and Sole Africa (HASA) located in Musanze district is dedicated to collect patients from communities and treat them in the country.

“We currently have 500 patients under treatment, it is a very small number compared to the reported cases. Patients have been neglected and isolated, they are kept in houses because communities take the disease to be a shame,” Marie Jose Dukuzimana, Manager of HASA said.

“It is a free treatment. But still, victims don’t come for medication because of stigma. podoconiosis patients develop wounds and that later turn smelly, so they are locked in houses because of their conditions. To get these patients, we conduct campaigns in churches, schools, and other public places,” Dukuzimana said.

Dukuzimana added that it is possible to prevent podoconiosis disease by drinking safe and clean water, washing feet with soap and water regularly, and wearing protective shoes consistently.

“It is curable at the early stage, before pre-elephantiasis condition. However, once the elephantiasis stage is established, podoconiosis persists and may cause lifelong disability,” Dukuzimana said. 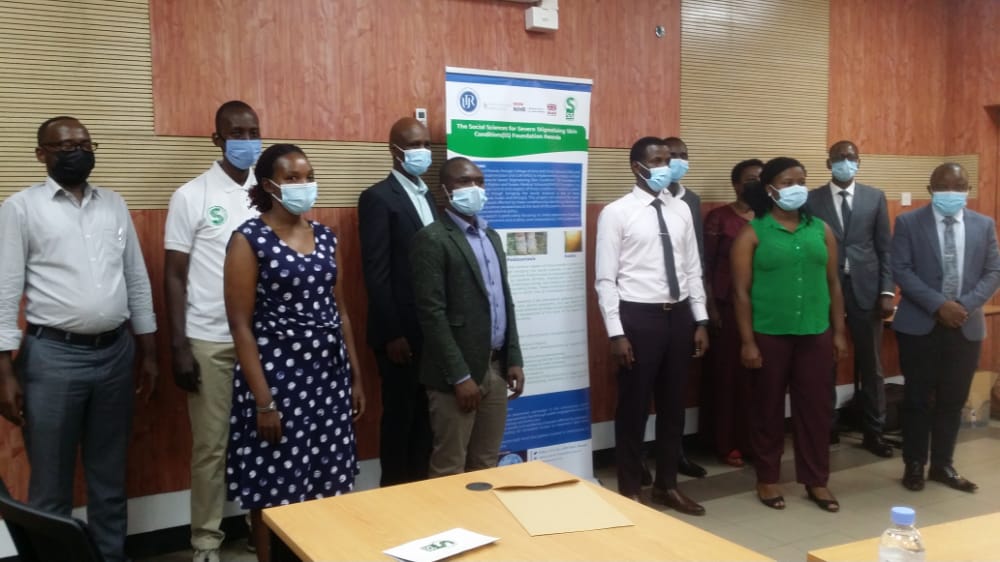 The team of medical researchers

Dukuzimana said that the medication reduces swollen legs and feet, but the disease doesn’t completely cure. However, the patient’s condition reduced to wear shoes and be able to work or school.

The research of show consequences of neglecting podoconiosis patients will be partnered by UR, Brighton and Sussex Medical School (BSMS) located in the United Kingdon (UK), Ministry Of Health, Ministry of Local government, National Institute for Health Research, UK aid, The Social Sciences for Severe stigmatizing Skin conditions(5S) foundation in Rwanda, among others.

Podoconiosis is among sicknesses dubbed ‘Neglected tropical diseases (NTDs)’ including scabies, Mycetoma, dengue fever, among others, according to the World Health Organization (WHO).

Like in Rwanda, the same research will be conducted in other three countries including Sudan, Ethiopia, and United Kingdom.

“The Objective of the research is not medication, but using social science skills to end stigma in society. Victims spend years with this sickness. It starts with high-temperature symptoms and itching skin on the forefoot and a burning sensation in the foot and lower leg,” Dr. Kalisa said.

Dr. Kalisa said that the patient’s condition develops to swelling of the legs and feet and losing of the toes due to large wounds.

The research team includes two students pursuing a Doctor of Philosophy (Ph.D.) in medicine at UR, assisted by local and foreign supervisors(lecturers) located in the United Kingdom.

The researchers will also team up to research about scabies in the country that is prevalent in refugee camps across the country. Lancet Global Health indicated that 110,000 refugees suffer from scabies.

To end Podoconiosis, the government has intensified efforts by establishing eleven health centers that specifically aim at ending the sickness by 2024.

The health centers were built in districts of Nyamasheke, Musanze, Gicumbi, Rusizi, Gisagara, Karongi and Nyamasheke district among others.

According to Dr. Kalisa, ending Podoconiosis is expected to be discussed during the Commonwealth Heads of Government Meeting (CHOGM 2021) which was postponed to the currently unknown date due to the Covid-19 pandemic. 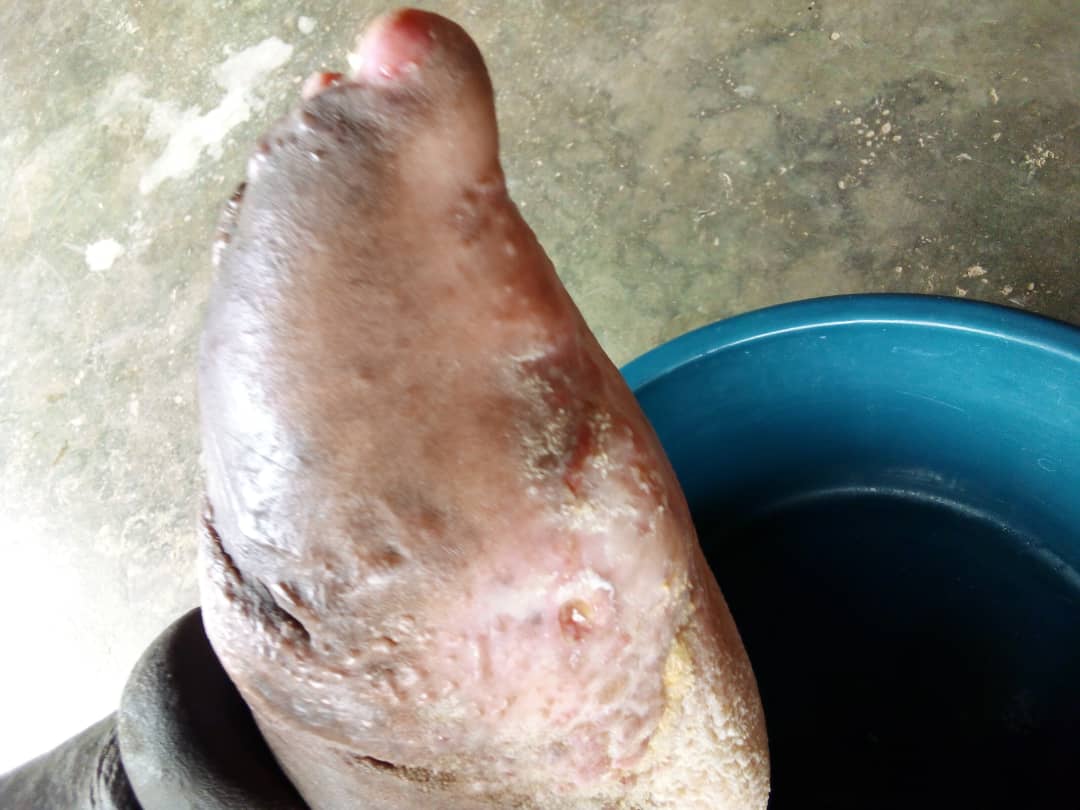 Dr. Kalisa said that during CHOGM 2021, participants are expected to discuss how to raise $1.5million to end Podoconiosis in endemic countries.

In 2018, the government developed the NTDs strategic eradication plan through Rwanda Biomedical Center (RBC) with the vision to transform Rwanda into a nation free from preventable diseases following SDGs by 2024.

“The goal is to make Rwanda free from NTDs as a public health problem by 2024 through the implementation of WHO-recommended public health strategies for prevention and control of NTDs. These interventions include preventive chemotherapy, case management, vector control and surveillance, provision of safe water, improved sanitation and hygiene, and veterinary public health,” the strategic NTDs eradication plan reads.

The plan also reads that the goals at achievable through multi-sectoral collaboration, decentralization for the community, and local leadership engagement. 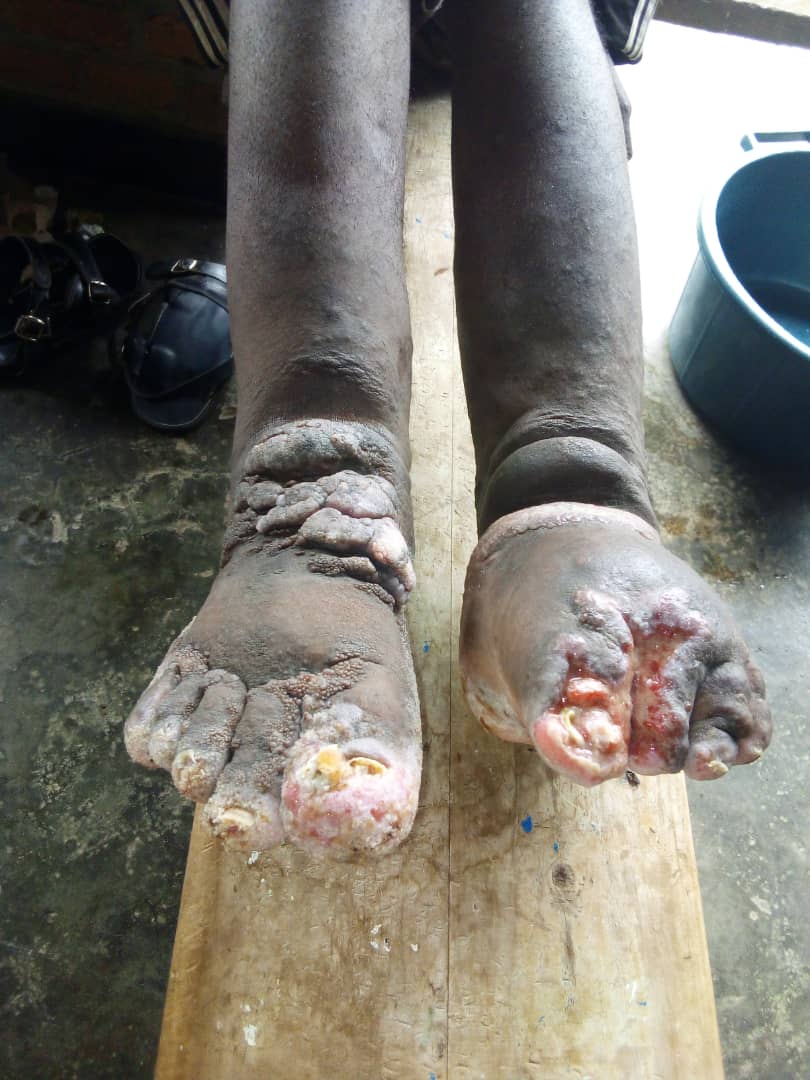