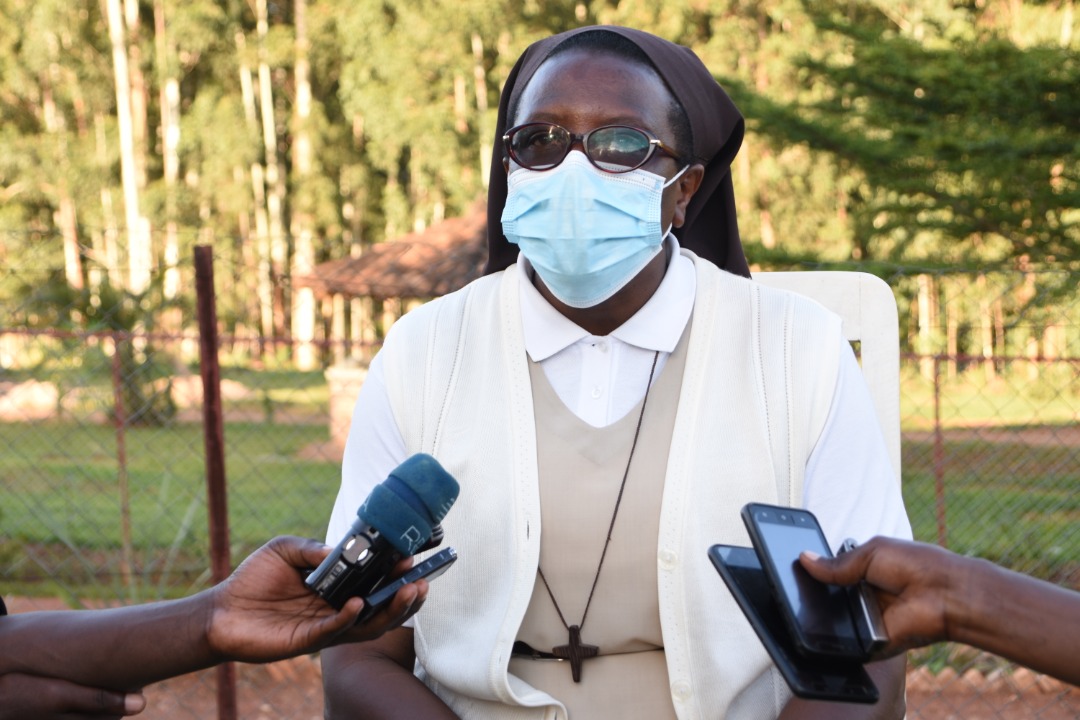 Sr. Uwanyirigira set out to fight malnutrition in children and mothers and it is paying off.

Uwanyirigira is a nun with the order of Monastere Notre Dame de l’Annonciation de Sovu and also the Director of Sovu Health Centre, in Huye district which is run by her congregation and handling over 26,000 residents per month.

As a medic she is required to teach mothers to breastfeed their child properly to prevent stunting and malnutrition but Uwanyirigira was shocked to get reports indicating that numbers of stunted children were not dropping despite expectant mothers getting milk and fortified foods.

The milk and fortified food that pregnant mothers get monthly are part of the government’s agenda through the Stunting Prevention and Reduction Project (SPRP) 2018 to 2023 project funded by the World Bank to reduce malnutrition in Rwanda.

The women get porridge flour, silver fish, and are fed with balanced diets in their respective villages.

However, the nutrition reports in Sovu indicated that there were still evident numbers of stunted children. For example, by June 2020 the area had 40 stunted children and only 12 had recovered- meaning that 28 of them were unchanged.

“I doubted the reports and asked for a detailed assessment of the results presented by my staff. We found out that sometimes even the mother is the one who is more stunted than the child, Uwanyirigira said. 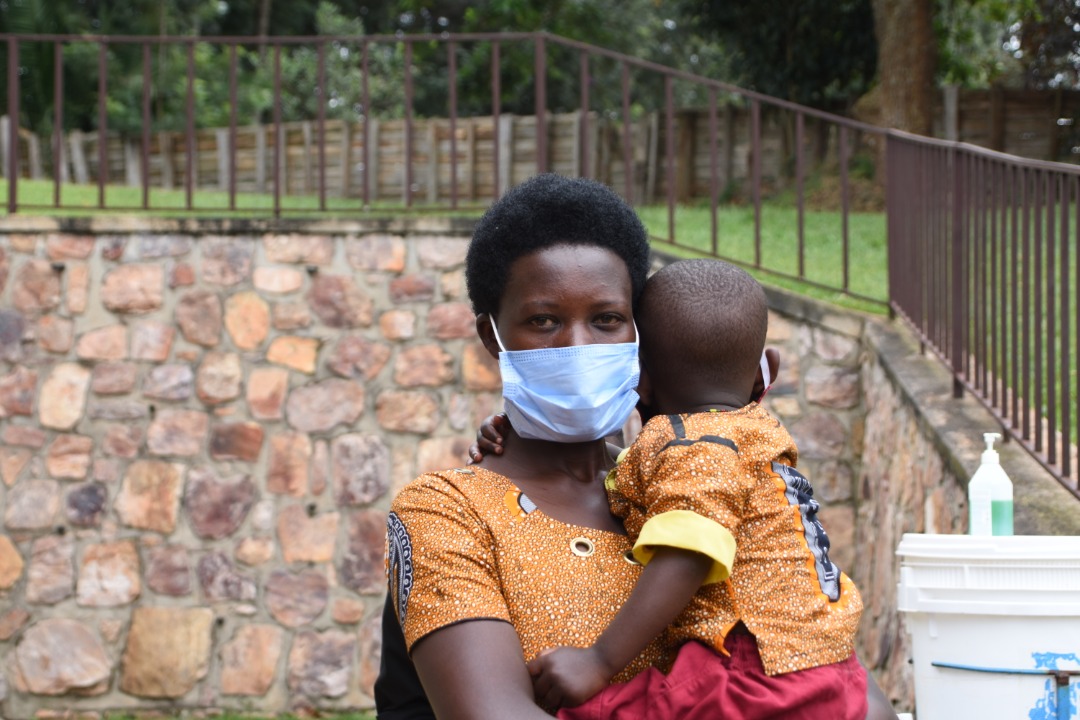 One of the beneficiaries of the programme. Mothers and children are flourishing thanks to Sr. Uwanyirigira’s efforts.

Uwanyirigira says that at the time she didn’t think about it but when mothers came for nutrition services at the health centre, she noticed that they started by feeding themselves before the child- an act which nurses described as greed.

Uwanyirigira insisted on knowing why this is so and when the issue was discussed at the centre, she discovered underlying factors.

“We found out that mothers were equally unsafe, and it was necessary to feed the mother first in order to feed the child,” she said.

“We also found most mothers suffered from stress due cases of abuse and family struggles which would make it hard to take care of their child,” Sr. Uwanyirigira said.

To prove this, Uwanyirigira said that when they helped to clean up the children, feed the mothers, the beneficiaries started seeing that it is possible to pay attention and get involved in improving children’s feeding.

“The point here is taking care of mother and child at same time if we want a change in nutrition habits. That is how the Kundwa Kibondo program was born,” she said.

For instance, Uwanyirigira said one female security guard who spends nights on duty found it hard for her husband to take care of children and as soon as the wife left for work, the said husband abandoned children to go to the bar.

Another lady had a child who was not getting better and when we chatted, she wasn’t sad or bothered and yet the child was vomiting all the food. I asked her if she had taken an HIV test at pregnancy and she lied to me but I insisted to do another test.

“She agreed and we found she was positive and so was the child. They were all put on ARVs and from that time the child started responding positively to feeding and health wise,” Uwanyirigira said.

Such examples of involving a mother in the nutrition program with a focus on change of habits and taking care of her personal needs bore fruit for the sector.

For instance, Sovu nutrition figures now show that since 2017 when the Kundwa Kibondo program was initiated 137 children have been helped to recover from stunting and by January 2021only ten were stunted.

“We are now left with zero stunted cases. This is because we have seen positive change in mothers and community commitment to ending stunting,” Uwanyirigira said.

An egg per-child contribution as a commitment to Kundwa Kibondo

After mothers understood the importance of engaging in nutrition practices, and to make sure the Kundwa Kibondo is community owned, Sr. Uwanyiringira said that all local government and health workers in Huye district committed to pooling funds to provide an egg for each child.

“We decided to save the Rwf200 or Rwf300 from the change money we have left behind from traveling or shopping. This can be coin money that one is left with in a day,” Uwanyirigira said.

The Kundwa Kibondo program has been replicated to all 12 sectors in Huye district and volunteers from the village, cell and sector and health centre levels are involved in health workers monitoring progress of children under the program.

“Every twice a month we make sure we visit the children to monitor the progress of the child. To us, this is like being a godparent to these children to make sure they recover,” said Beathe Mutesire, the Community environment health officer at Sovu 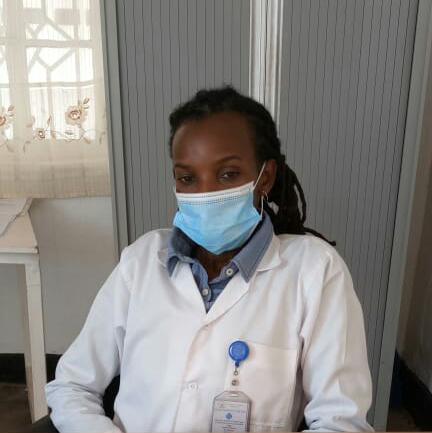 The volunteers help families to plant vegetable gardens in homes, take stunting progress tests per family in the Kunda Kibondo, and counselling on marital issues such as gender-based violence- which is said to be one of the main indirect contributors to child stunting.

For example, Gerladine Mukeshimana a community volunteer, visited one of the families only to find that milk meant for a stunted child is shared among other six children in the family.

Learning from the Sovu experience, Prisca Mujawayezu, the Vice Mayor of Nyamagabe district said that they too have replicated the Kundwa Kibondo program, especially the one-egg per child practice into their district.

“For us we didn’t limit the contributions but left it open to any amount, however the principle remains the same that all civil servants had to contribute something regardless,” Mujawayezu said.

To make sure children’s feeding is monitored at a central level, Nyamagabe took a step further to establish a special cases control room which handles disaster related issues and nutrition among them.

“At the information center we get a daily report of child nutrition progress to the extent that when we see a red flag case, we directly ask the area health officials to address it immediately,” Mujawayezu said.

This practice and implementation of government programs through private sector engagement , according to Mujawayezu, has seen the district reduce stunting and malnutrition from 42.8% to 11.6% for children below two years and children below five to 36.5% from 51.8% in the period of 2005 to 2020.

Tokyo 2020: Rwanda, Qatar to Serve as Vaccination Hubs for Athletes