The Parisian Mayor was accompanied by other Mayors, including the Mayor of the City of Kigali, Pudence Rubingisa and the Minister of Foreign Affairs and Cooperation, Dr. Vincent Biruta.

The 41st Congress of the International Association of Francophone Mayors was officially opened by the Prime Minister, Dr. Edouard Ngirente on Wednesday. Following the courtesy call, Mayor Hidalgo tweeted that the meeting affirms the renewed positive ties and exchanges between France and Rwanda.

“I also had the pleasure of meeting with many Rwandan personalities, and in particular @PaulKagame, President of the Republic of Rwanda, whom I would like to thank for his welcome and the quality of our exchanges on relations between our two countries,” Hidalgo tweeted. 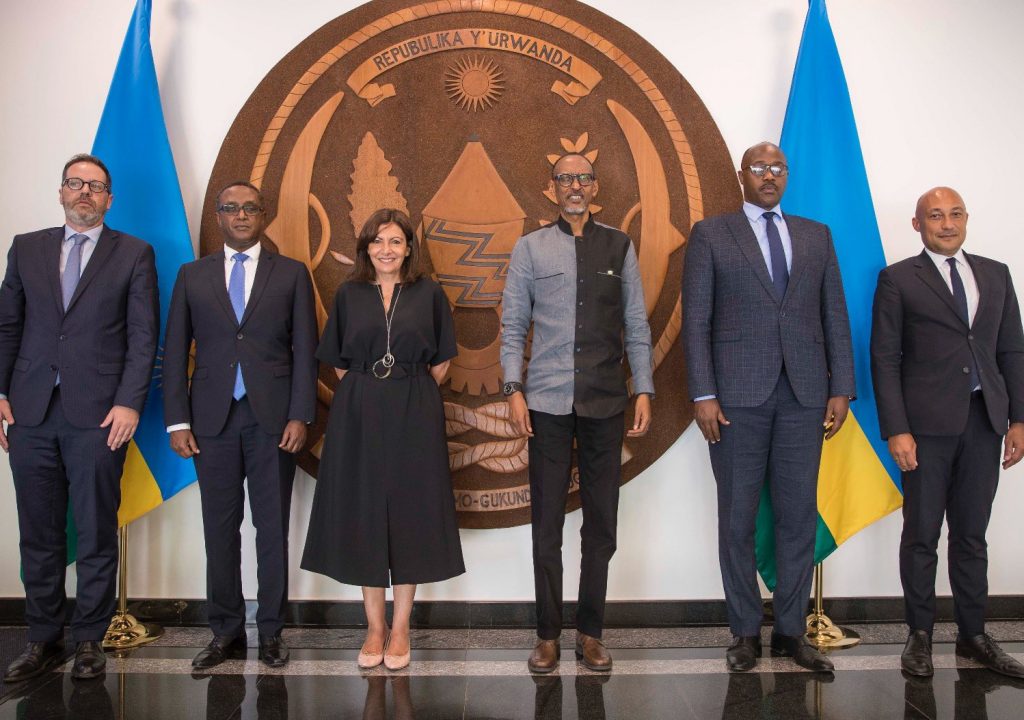 In Kigali, the Mayors of the two cities signed bilateral partnerships to strengthen cooperation between Paris and Kigali in the sectors of culture, new technologies, entrepreneurship,  urban development and digital technology and innovation, among other areas.

Hidalgo also visited the Kigali Genocide Memorial and Nyanza Memorial Garden in Kicukiro district, to pay her respects to the victims of the 1994 Genocide against the Tutsi. She pointed out that the Duclert Commission report shed light on France’s responsibilities in the Genocide of the Tutsis and added that “Paris expresses its solidarity in this quest for truth, essential for building a common understanding and future.”