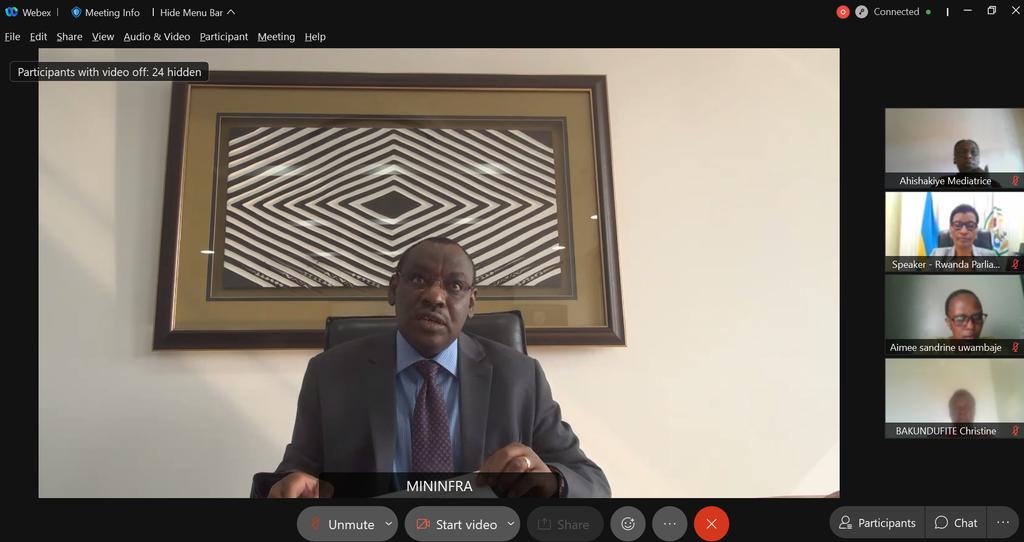 The Rwandan Parliament has approved the relevance of a draft bill that will enable the country to implement and manage the long awaited Standard Gauge Railway (SGR) project that is expected to connect Rwanda and Tanzania on the Isaka- Kigali stretch.

The proposed draft bill on land and water transport was on Monday presented to Parliament by the Minister of Infrastructure, Ambassador Claver Gatete, who said that though Rwanda was into the regional SGR project, there was no legal implementation structure to guide the country in building, management and maintain the project.

“We didn’t have a bill on the railway construction, management and maintaining. The bill will enable us in to implementation and development of the project at national and district level where the rail is expected to go through,” Gatete said.

Gatete also confirmed that Rwanda has resumed discussion on the rail funding and the rail project will cost Rwanda about $1.3billion and the construction will commerce as soon as the SGR line reaches Isaka in Tanzania.

Besides the rail bill, Gatete also revealed that there has not been any bill on water and road transport and the country has been using the regulations set by the Rwanda Utility Regulatory Authority (RURA), thus the new bill comes with legal ground to streamline and manage these sectors.

For example; the bill will legally set ttansport, road and parking penalties and fines based on the new revised 2018 penal code, set standards passengers and transport operators; conditions for parking on public and private spaces which comes with a new neighborhood street parking added on existing three classified parking categories (C1,2 &3).

The bill will also legal set and regulate water transport standards through a water board that will ensure quality of navigable water, use, vessels and operator certification; registration for boats and maritime vessels used on Rwanda’s water bodies such as Lake Kivu.

Gatete said that the bill also comes with the formation of a national committee for transport services which will meet frequently to resolve matters arising in the general transport sector including rail, water and land transport.

The 224 articles draft bill will be scrutinized in the parliamentary committee before being re-tabled some time this year, for final approval in Parliament and Cabinet as a law.

However MPs raised concerns on how Rwanda is prepared in terms of local trained manpower to work and operate on the rail project and if there is training center for authorizing and certifying water vessel operators which are mostly run by local untrained drivers and fishing communities.

“How will we avoid Martine accidents if we have no schools for training certified operators and how will we do the technical control of vessels as in vehicles, ” MP Christine Bakundufite asked.

Gatete said that there are offers of training in Kenya, Tanzania and Zimbabwe, but some Rwandans have been already trained and more undergoing training in rail while more will be trained in marine operations once all four ports are constructed on Lake Kivu where there is massive investment in water transport.

MPs also wondered if the road bill will address the issues of traffic congestion and delays in transportation of passengers especially in Kigali where it takes more than an hour to move from one point to another and sometimes requiring one to board more than two buses. 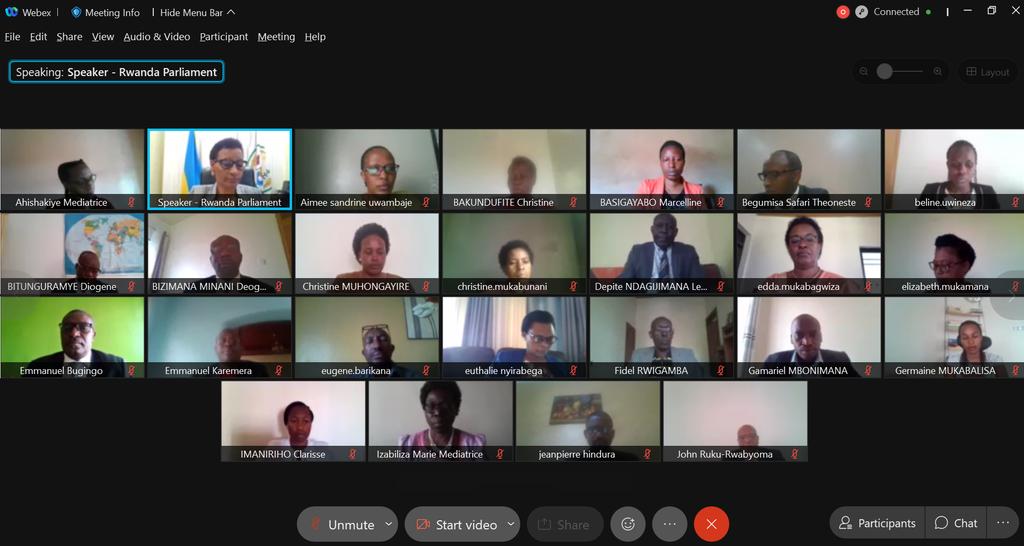 MPs participate in the session virtually.

The minister said that the planned rapid transport systems and flyover bridges and electric personal vehicle projects in the pipeline will be able to address this in future.

For security purposes in the whole transport system, MP Emmanuel Ndoriyobijya suggested that there is need to have similar traffic regulations for bicycle users in Rwanda.

He argued that most bicycle accidents on roads are caused by ignorance of traffic rules.

“A citizen buys a bicycle and automatically hits the main road just because they know how to ride. I think we need to put up a process of certifying cyclists with permits or simple certificates to prove on is legible to ride on roads, ” Ndoriyobijya said.

Minister Gatete said that on the issue of cyclists, the law will considered provision of licenses for cyclists for the purpose of the safety on the roads and this will be determined in the proposed new traffic directives underway.

He revealed that small boat or canoe riders on Rwandan water bodies will also get licensed and certified despite their long experiences in operating on waters while fishing and transporting goods.

What will RURA, Police do?

At the plenary session MP Gloriose Uwanyirigira raised a big question on what will RURA and Police be left with to regulate or penalize especially that the national committee on transport and water will be put in place?

Minister Gatete stated that the whole bill will not change RURA regulations but instead back up what the agency has been doing in the past.

MP Eugene Mussolini used the same angle to call for an inclusive transport system which cares for.needs of disabled persons especially that most public buses are fined by RURA for carrying wheelchairs for the disabled thus end up discriminating a group of passengers.

On inclusive transport the minister said that this is being considered especially with the new public transport vehicles which are now required to accommodate disabled persons and within the regulations to be underlined in the Prime Minister’s order.

Meddy’s ‘My Vow’ Video Causes a Stir on Social Media