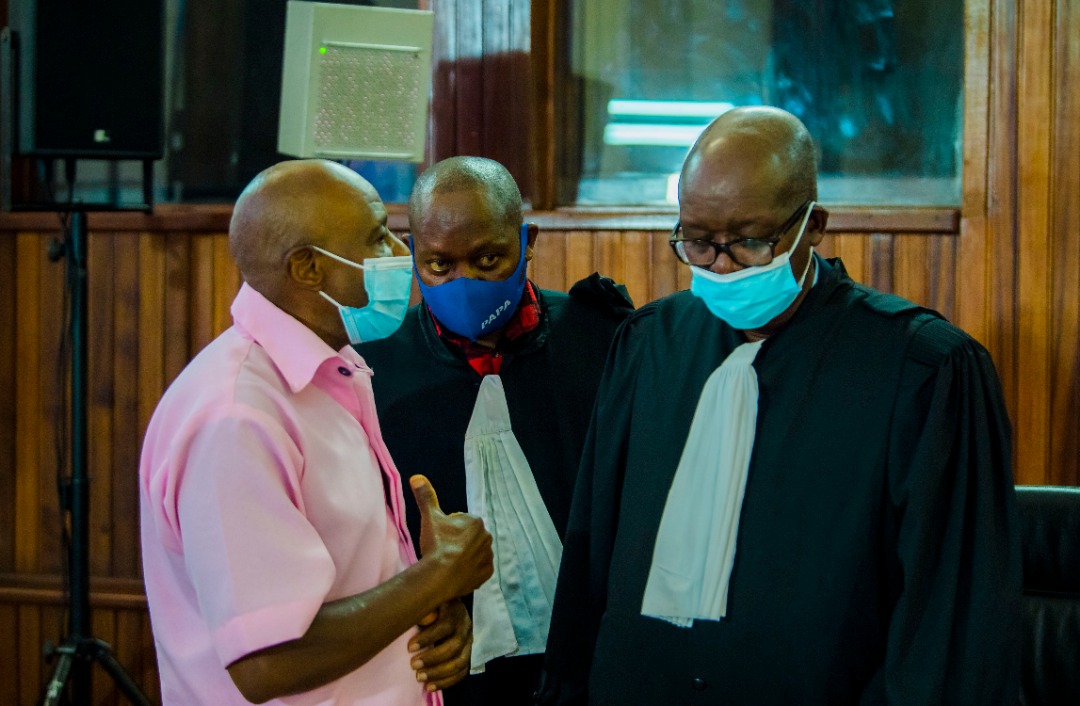 The High Court Chamber for International and Cross-Border Crimes has postponed the verdict of the trial involving Paul Rusesabagina and 20 others which was due to be delivered on Friday, August 20. KT Press understand the basis of postponement is largely due to the volume of the case and the litigants involved.

“The High Court Chamber for International and Cross-Border Crimes informs the public that the judgment in the case of Mr. Paul Rusesabagina and co-accused will not be delivered this coming Friday as earlier scheduled,”

“Another date will be communicated to the litigants this Friday, the 20th of August 2021,” the Judiciary tweeted on Wednesday.

The development was confirmed by the Spokesperson of the Judiciary, Harrison Mutabazi, who told KT Press that the details will be communicated on Friday but affirmed that indeed the court needed more time due to the many people involved in the case.

Hotel Rwanda protagonist Rusasebagina and 20 others, all linked to the National Liberation Front (FLN), including former spokesmen of the group, Callixte Nsabimana and Herman Nsengimana, are the main suspects in the MRCD- FLN terror trial which lasted 4 months.

According to Mutabazi, the law states that a verdict must be delivered in 30 days after submissions from all parties but the court can seek more time if it is deemed necessary by informing litigants the new date for the verdict.

Rusesabagina, 67, pleaded not guilty to the 9 terror- related charges he faces and had not been appearing in court but the former FLN spokesmen, Nsabimana and Nsengimana pleaded guilty and gave court damning details of the terror attacks targeting Rwandan citizens between 2018 and 2019 in the south western part of the country.

Prosecution has requested for a life sentence to be handed to Rusesabagina while seeking 25 years in jail for each of the other FLN suspects and compensation of 80 victims. The victims and survivors of the FLN attacks are seeking compensation for damages caused during the attacks which are at over $2.3million.