The body of the former Minister of Sports and Culture, Amb. Joseph ‘Joe’ Habineza will be laid to rest today at Rusororo cemetery, ten days after he passed away in Nairobi, Kenya after a short illness.

Habineza passed on in the Kenyan capital on August 20, at the age of 57. Habineza, who served two stints in the Sports and Culture docket and as an Ambassador to Nigeria in between, was eulogized by many, who described him as a social and free spirited person who was a friend of many.

The President of the Senate, Dr. Augustin Iyamuremye and his predecessor, Bernard Makuza, were among the dignitaries that attended the funeral service at Habineza’s home in Kanombe, Nyarugunga Sector, Kicukiro district. The funeral was attended by few people to to COVID-19 preventive measures.

The Permanent Secretary in the Ministry of Sports, Didier Shema Maboko, who spoke on behalf of the Ministry, said that Amb. Habineza’s legacy will remain forever in the sports sector, pointing out that his efforts to transform sport was not in vain.

“Amb. Joe played many games including Volleyball and Tennis and he headed the Volleyball federation. His contribution to the development of sports is unquestionable. He is remembered for being an able leader who mingled and treated each person who worked at the Ministry as a colleague and friend,”

“He was key to the development of sports and culture sectors during his time in office. On behalf of the Minister and on behalf of the Ministry, I would like to convey our condolences to the family. We want to assure you that though Amb. Joe is no longer with us, you will never be alone. We will always be here for you,” the PS said.

Jean Michel Habineza, who spoke on behalf of the children said that even though Habineza had four children, there were thousands more he had welcomed in his home and supported, to an extent that his home was nicknamed a ‘youth centre’ because of the many people that were always there. He described how his father was a carefree person and always laughed out loud, that when he was appointed a Minister, they got worried about how he would conduct himself in such a position.

Jean Michel said when he took up the position, he continued to become himself, continuing to be a man of the people and became friends with everyone during his time in office.

“Dad joined politics in 2004. It was on my mom’s birthday. We were all seated, celebrating his mom’s birthday and then all of a sudden on the news, they showed Minister of Youth Sports and Culture. Mr. Joseph Habineza,” he said adding that they all got scared immediately when the reshuffle was announced.

It didn’t take long, Habineza was a invited to his first official event as a Minister and during the prize giving ceremony, he handed over the prize and walked away without posing for the picture as expected. His children told him that he hurried through the process and should have waited for the photo opportunity as protocol dictates. Few months later he had settled in the job by simply being himself.

“And now, the end is near, and so I face the final curtain, my friend, I’ll make it clear. I’ll state my case, of which I am certain, I’ve lived a life that’s full
I’ve traveled each and every highway and more, much more, I did it, I did it my way,” Habineza said, using Frank Sinatra’s ‘I did it my way’ to describe how his father lived a full and complete life to the end. 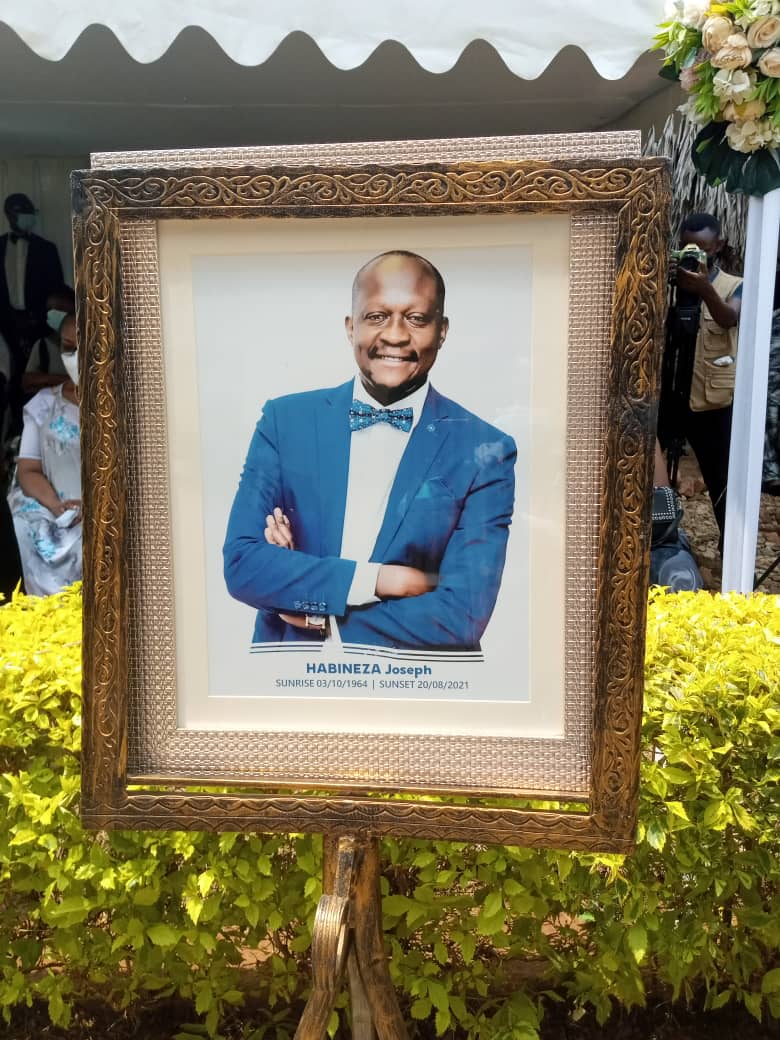 Habineza Jr said his father loved everyone, from his siblings to relatives, friends and his own children who he closely related with. He gave an example of Nigeria, where Habineza worked with the brewer Heineken and had made many friends who used to call him a ‘Rwandan-born Nigerian’. 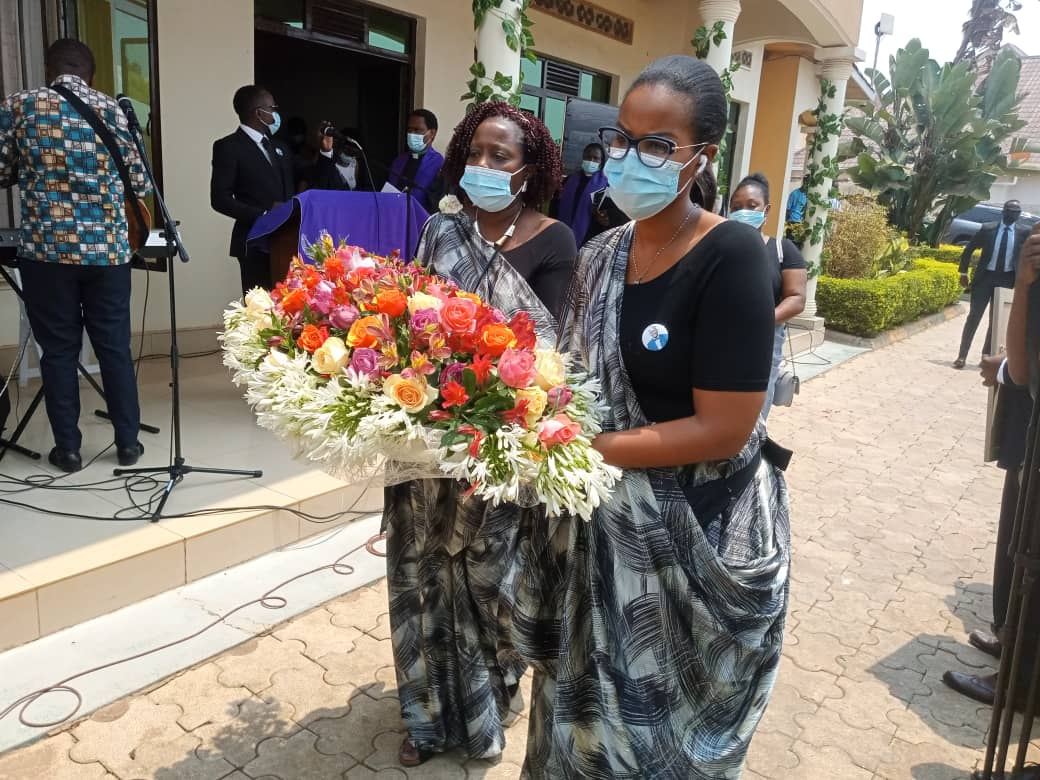 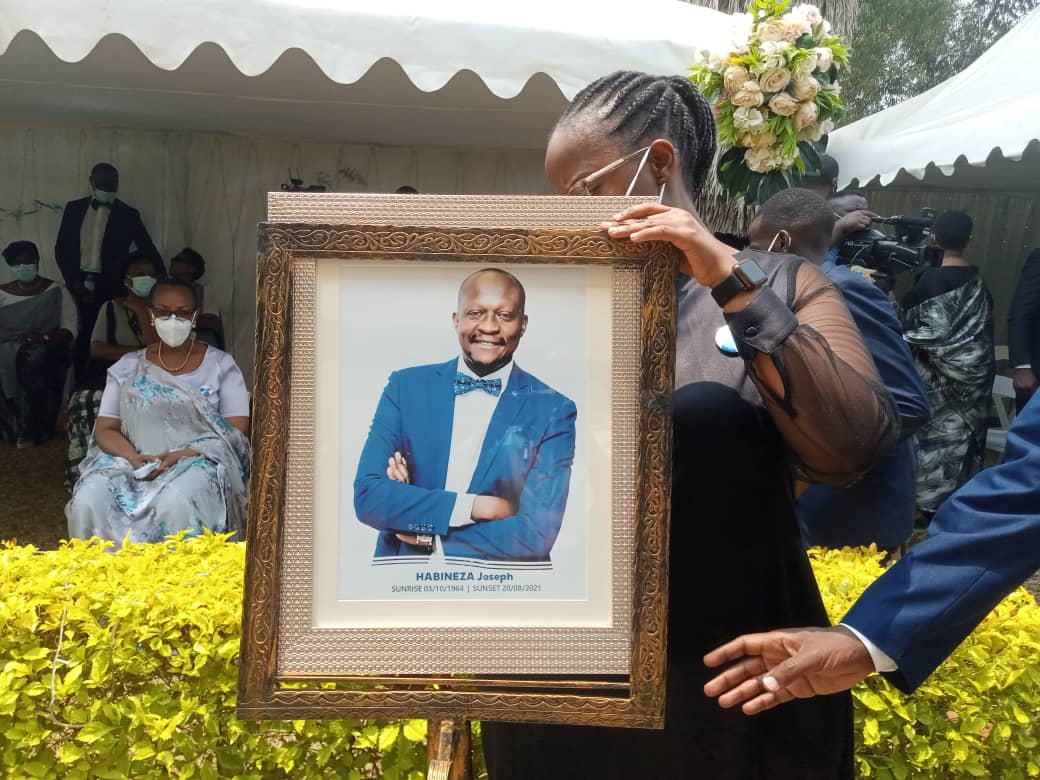 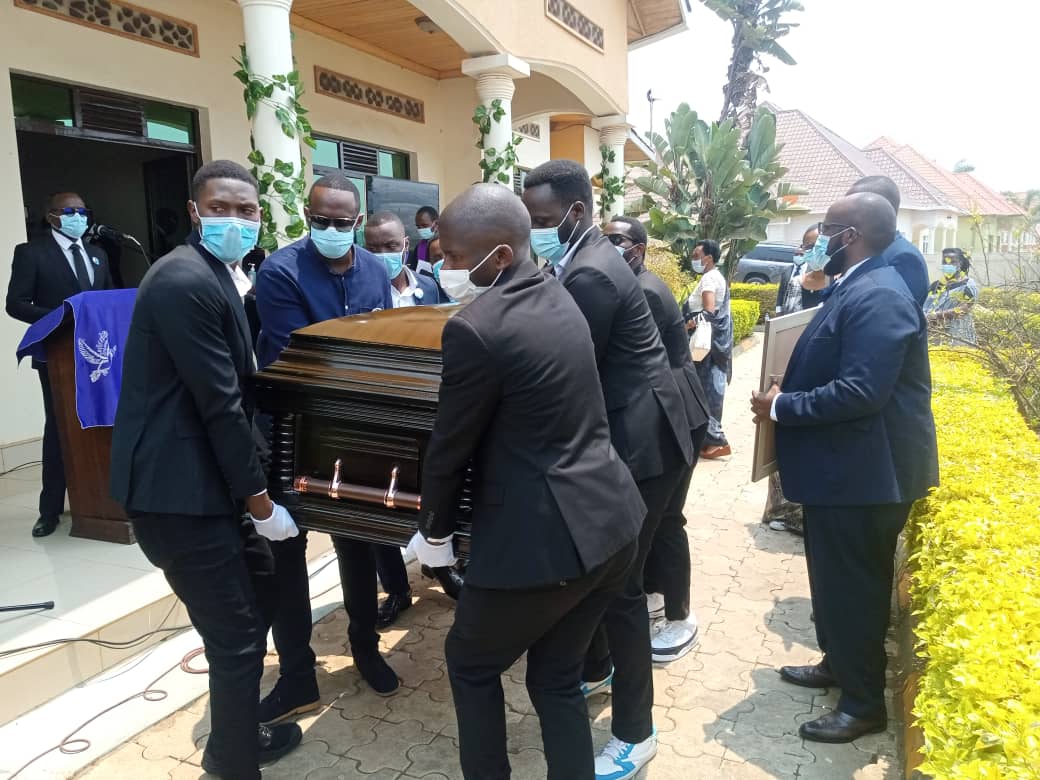 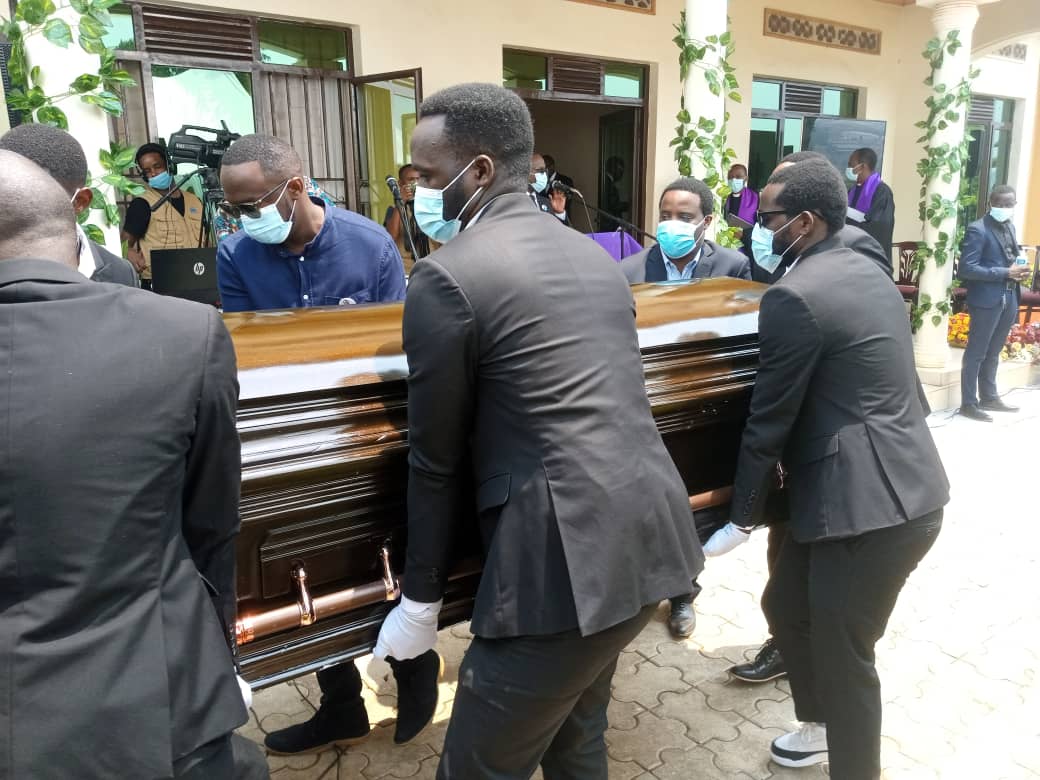 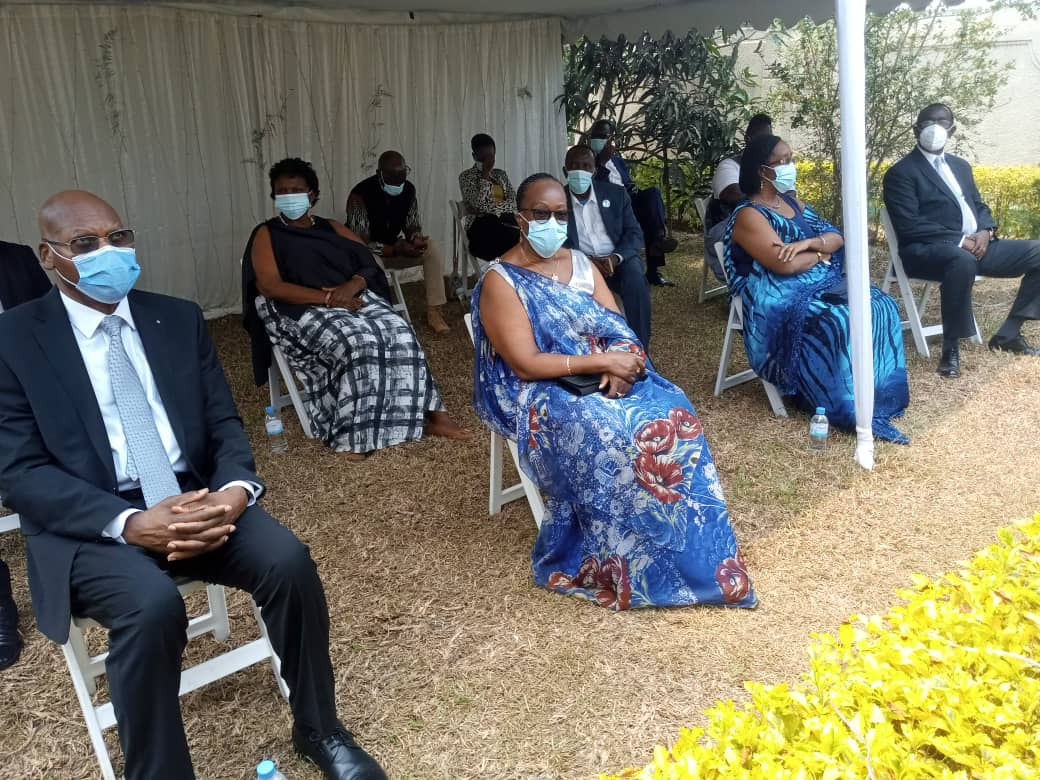 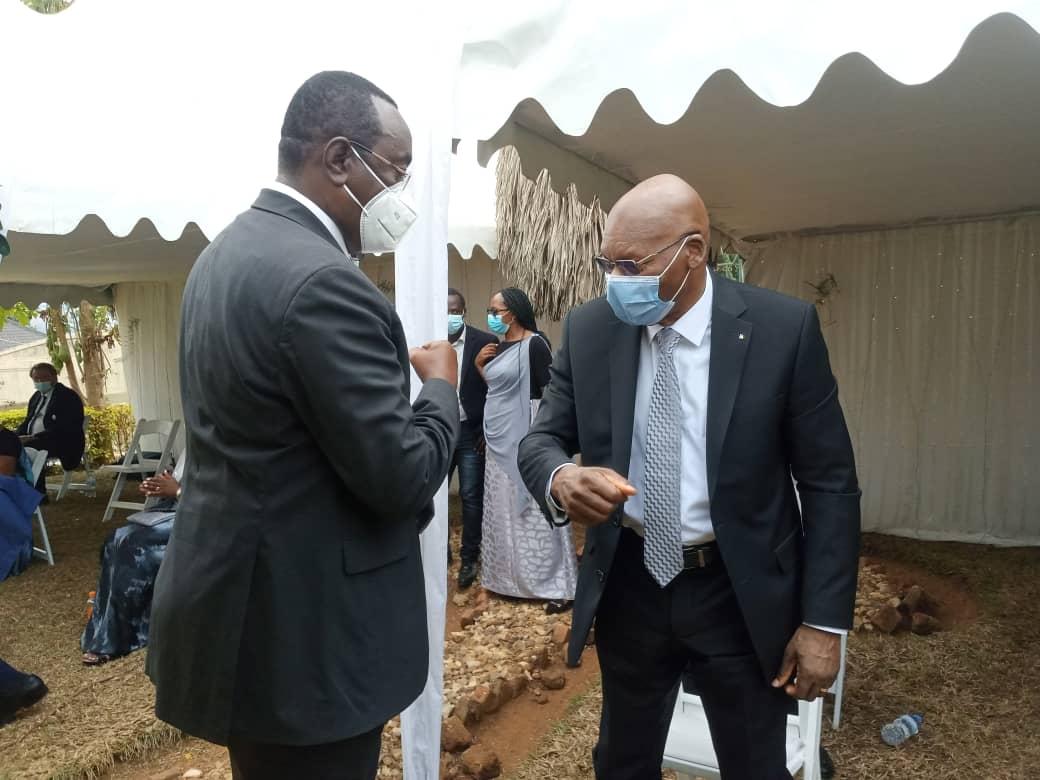 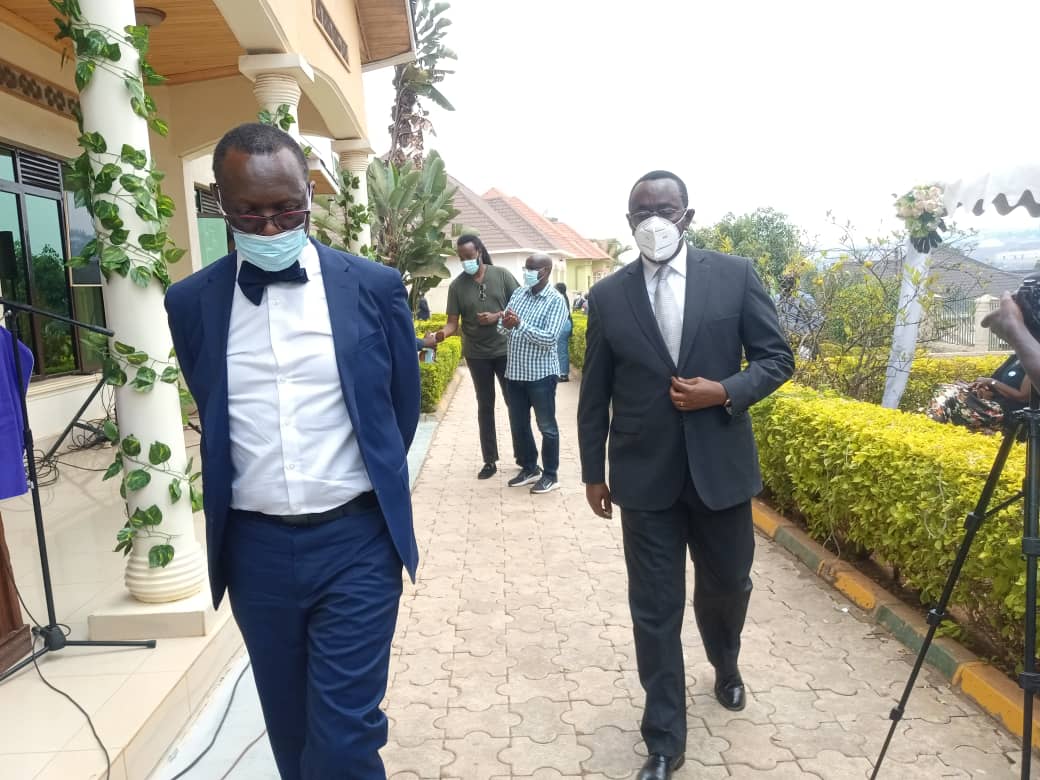 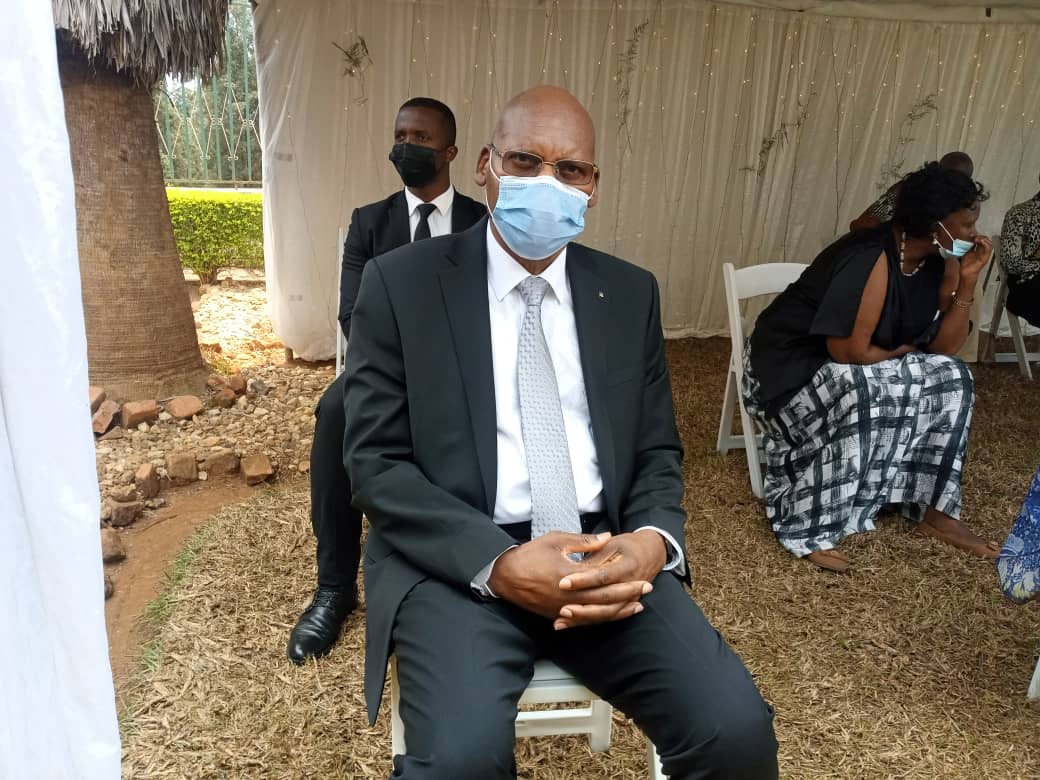