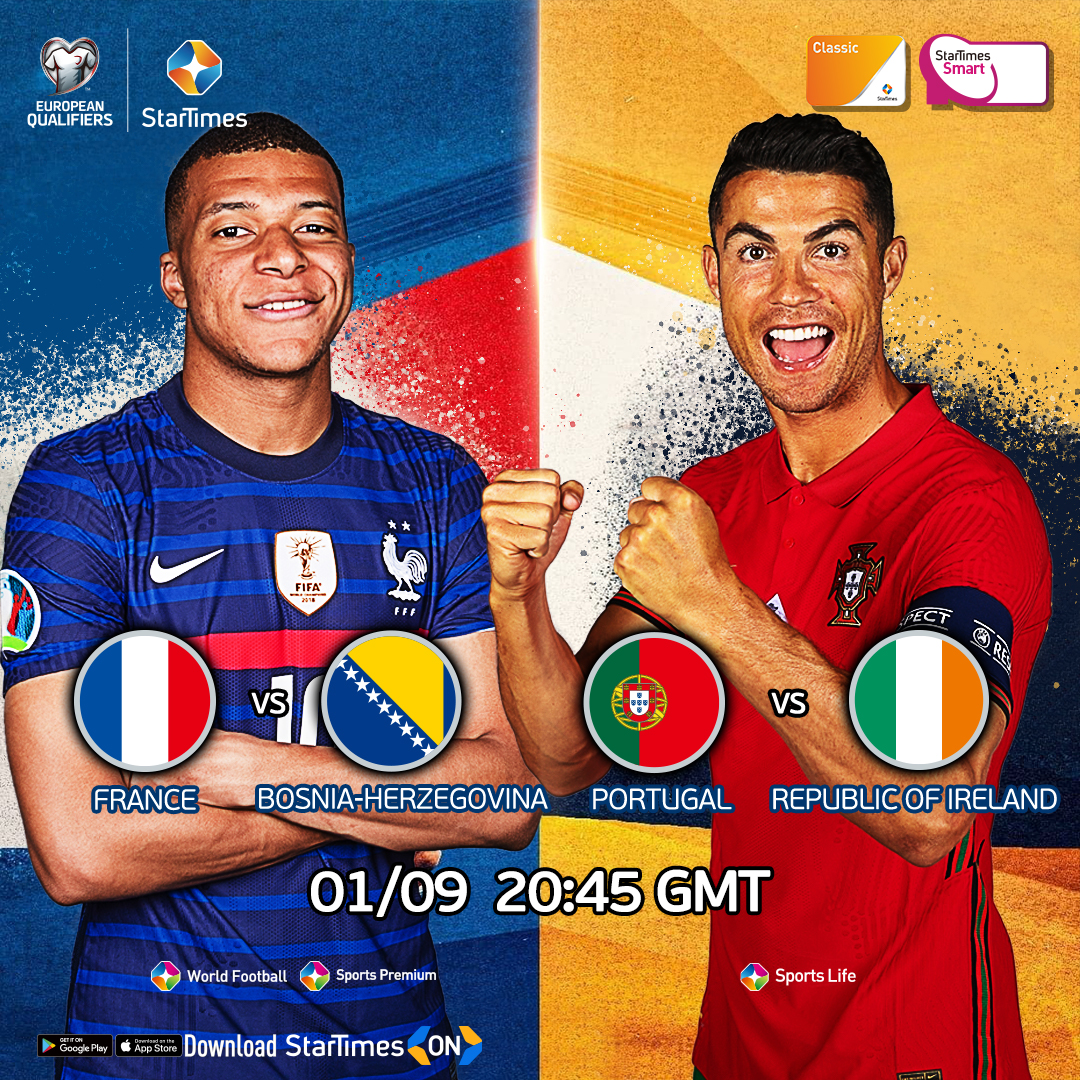 Just a few weeks after disappointing at the recent Euro finals France, Spain and Portugal will have an opportunity to put that behind them as the European World Cup 2022 qualifiers continue.

The fourth round of matches kick-off on Wednesday, with France against Bosnia-Herzegovina being one of the stand-out games.

Deschamps told reporters that the decision to omit Giroud was not an indication that the forward no longer had a role to play. “Olivier is still available, his situation has changed with his transfer to AC Milan where for now he has more playing time.

“It’s a sporting choice of the moment in a competitive environment with the return of Anthony Martial,” he said.

Three days after taking on the Bosnians in the Stade de la Meinau in Strasbourg Les Bleus face a difficult away game in Kiev against Ukraine.

The Ukrainians qualified top of their group ahead of Portugal for Euro 2020, but have only three points from their opening three games in the World Cup qualifiers, after drawing all matches 1-1, including disappointing home draws against Kazakhstan and Finland.

Also on Wednesday, Portugal face the Republic of Ireland in Faro in Group A. Ireland were stunned 1-0 at home by Luxembourg in their last match and having lost both games they have played, Stephen Kenny’s side are in desperate need of three points.

For Portuguese superstar Cristiano Ronaldo Wednesday’s game and the match six days later against Azerbaijan will be another opportunity to break the all-time international scoring record.

Ronaldo, who is on the verge of re-joining Manchester United, currently stands on 109 goals, as does Iran’s Ali Daei.

In Group B, Sweden welcome Spain in a top-of-the-table clash in Solna on Thursday. The Swedes are a point behind the Spaniards, but have a game in hand and will find themselves in a very strong position should they make it three wins out of three.

Euro finalists England top Group I with nine points from three matches and are two points ahead of Hungary, whom they face in Budapest on Thursday.

Three Lions coach Gareth Southgate has given a first call-up to Patrick Bamford, rewarding the striker for his impressive performances with Leeds in the Premier League last season.

“There is an opportunity for Patrick as a No9,” Southgate said. “His progress with Leeds has been excellent, he was very close at the end of last season. We worked with him at under-21 level, so we know him anyway, and it is a special moment for his family.”

The two unbeaten teams in Group C – Euro champions Italy and Switzerland – face each other in Basel on Sunday. Italy, who are also taking on Bulgaria and Lithuania during the international break, have won their three games, while Switzerland have won both their matches.

With so many top-class games on offer, football fans are spoilt for choice. Luckily for African fans, the continent’s leading digital-TV operator is broadcasting the best of the action live and in HD on the StarTimes channels.