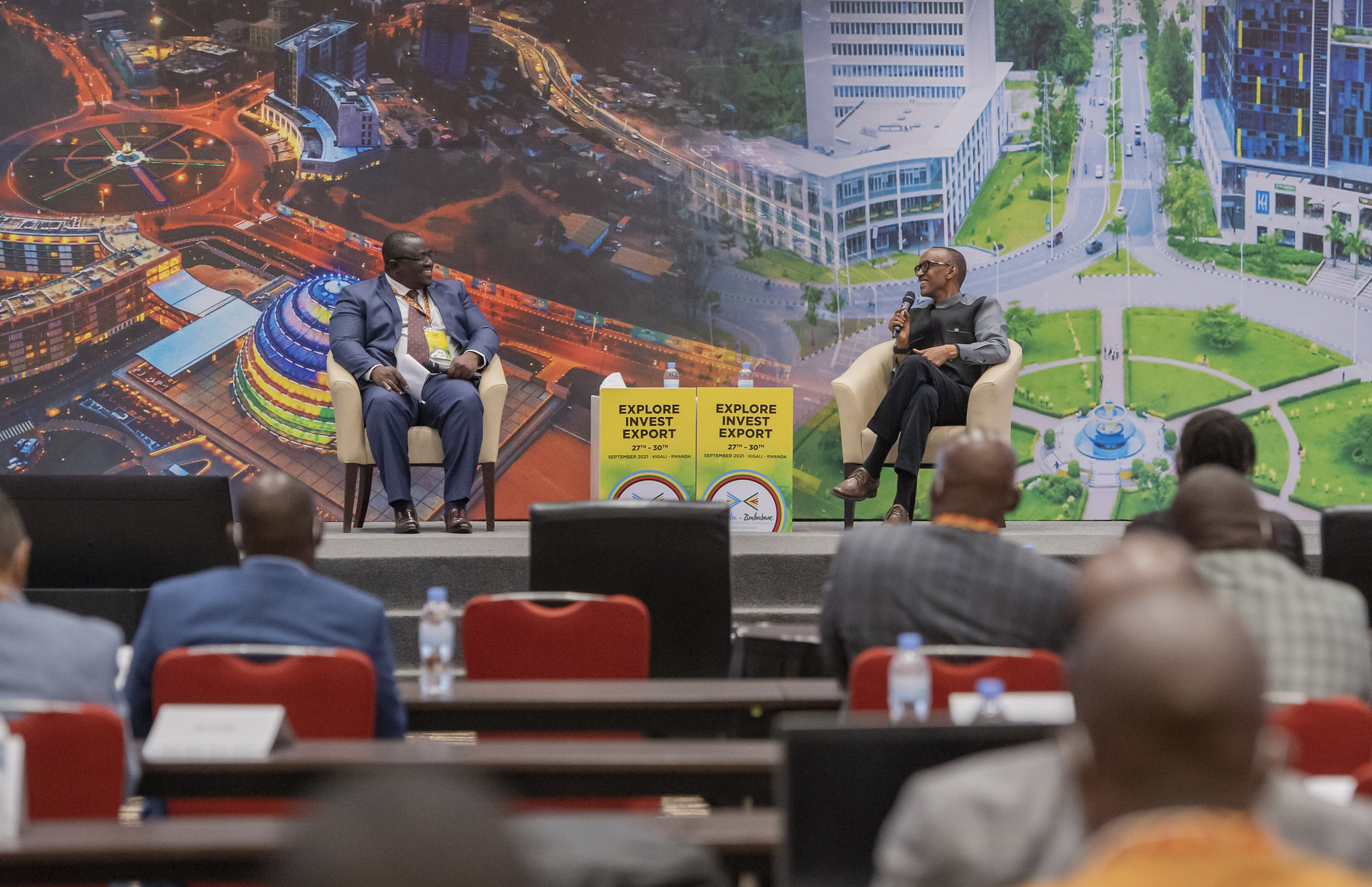 President Kagame talks to the moderator, Benson Mbewe, during the interactive session at the Rwanda – Zimbabwe Trade and Investment Conference.

President Paul Kagame says people who criticize Rwanda’s partnership with Arsenal do so out of confusion or they don’t know what they are talking about but the country is happy with the outcome so far.

Speaking during the Rwanda-Zimbabwe Trade and Investment Conference on Wednesday, the Head of State said that the negativity around the ‘Visit Rwanda’ partnership is misguided because Rwanda wouldn’t spend money on such a deal without gain.

“I just I don’t think those people know what they’re talking about because if they imagine that Rwanda just started spending its money anyhow like that, and in fact giving it to those who don’t even need money, like Rwanda does, I think that’s where the confusion starts from,”

President Kagame said that Rwanda is not only working with Arsenal, but the country is also working with French side Paris Saint-Germain (PSG) and the deals are paying off.

“Of the several pillars of development, in fact, one of them is tourism. We have invested in tourism and infrastructure, trained people around services that go along with that and so on and so forth. But with tourism, you need visitors,”

“You need people to come and enjoy what the country offers, the beauty of the country, the experience and so on and so forth,” President Kagame said.

President Kagame said that from the onset, not so many people would understand why the country would make such a strategic investment, equating it to the period after 1994 when the country was rebuilding from scratch.

He said at the time, around 1998, the country started rebuilding infrastructure with limited resources, out of which the government also built a hotel, known as Intercontinental.

“Oh, you’re building a five-star hotel. Why? They really thought we were stupid. We just kept quiet, we said, okay, after five years you will get to understand what we were really doing,” President Kagame said.

He said that when the government built the hotel, it was one of the strategies to build up the momentum for development of the tourism sector.

President Kagame said that the idea was to give people the option of coming to Rwanda and having a comfortable place to stay because some people might choose not to come if they can’t have a place of choice, without limiting them to being backpackers or something of a sort.

“You can see the contradiction here. People are saying you are wasting money, building up this infrastructure, but the infrastructure was built for a reason. In a short time, the hotel did well, we sold it and paid off the loans,” he said.

He said that at the time, the government did not build the hotel so that the government could go into running the hotel business but the idea was to build it, serve its purpose, and after sometime, the private sector would take it up.

He said that at the time, there was a need for a good hotel and the private sector could not be asked to invest in one because they had different priorities. So, the government had to do it since it couldn’t dictate to the private sector.

“So, in this case, if I had waited to tell them [private sector] to build a five-star hotel, they would not have built it, but because I built it and it was there standing before them, then the present sector gets attracted and say, well, you know what? I want, that hotel,”

“It’s different from telling the person you build the hotel, or you building it and then setting it,” he said.

Partnership with Arsenal paying off

Regarding tourism, President Kagame said the ‘Visit Rwanda’ partnership with Arsenal has increased the number of visitors coming to Rwanda.

“The partnership we have with the Arsenal has actually attracted more people, who have brought to the country more money than we have given to Arsenal,”

“You don’t have to be a very sharp businessman to understand this. I’m not one, but I think on this one we got it right,” adding that not so many Africans criticized the deal.

He said that those who did were in cahoots with western critics who ran articles, especially in the UK, criticizing Rwanda, since they give aid to the country.

“They are saying, you know, Rwanda is wasting our money, because they give us aid, right? But even then, they are mistaken. If you give me aid, how do you want me to use it? But why would you dictate to me how I use it?” 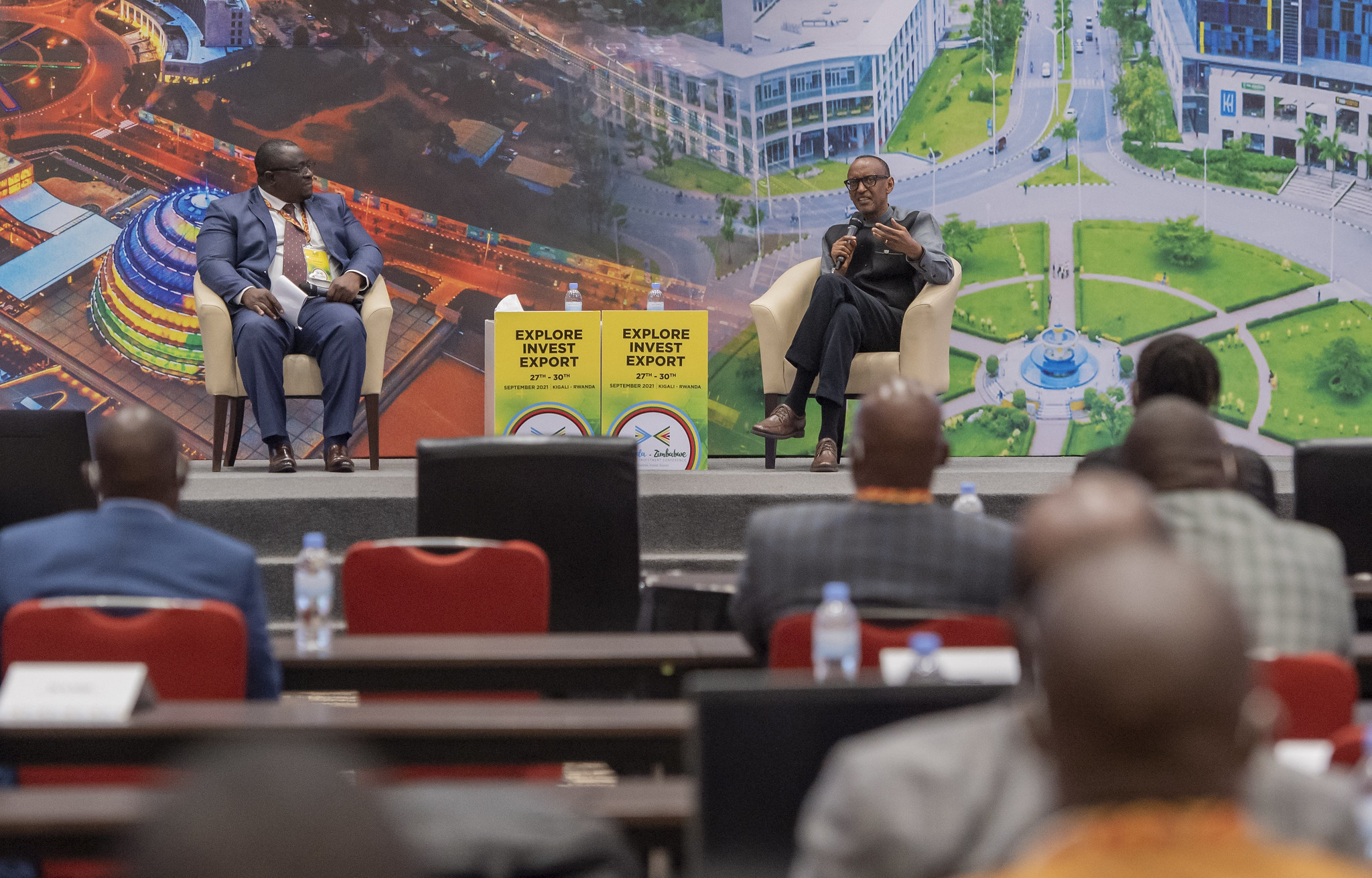 “If you can give me 50 million and in using the 50 million, I am able to earn the country 300 million, why would you blame me for that? There must be something wrong,” President Kagame said.

He pointed out that the issue has been politicized by critics, which is why he believes that there is confusion but Rwanda is happy with the partnership.

President Kagame emphasized that even though he has been a fan of Arsenal for more than 35 years, which is a bonus, the partnership is built on strategic reasons, same with the French side PSG.

He said he has since become a fan of the French giants who now boast of superstars like Lionel Messi, Neymar and Kylian Mbappé. 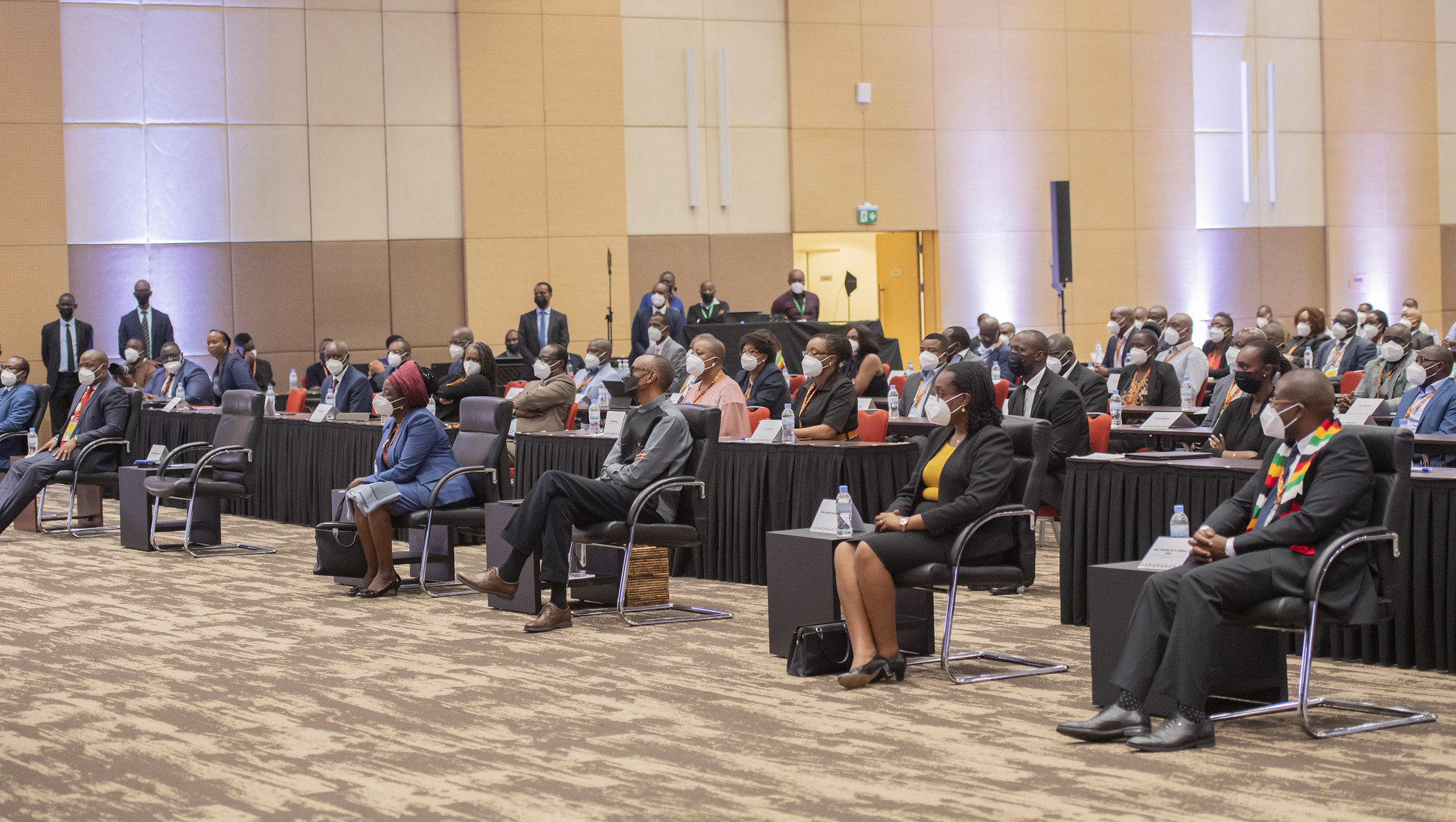 President Kagame sits with dignitaries at the conference.

Karongi District Back In Parliament with Same Procurement Mistakes