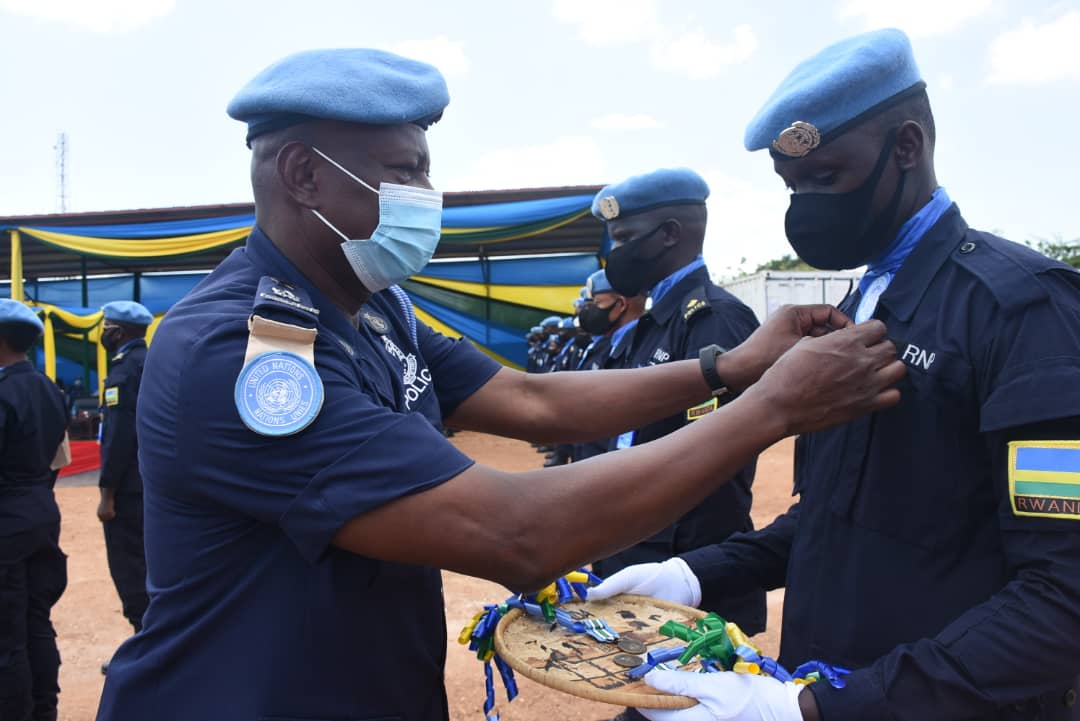 The United Nations, on Tuesday, September 28, awarded the ‘Peacekeeping Service Medal’ to Rwandan Police peacekeepers serving under its mission in South Sudan (UNMISS).

The decorated include 158 officers of Rwanda Formed Police Three (RWAFPU-3), which was deployed in Juba in November last year, and 23 Individual Police Officers (IPOs).

The colourful medal parade held at RWAFPU-3 was presided over by the Special Representative of the Secretary General to UNMISS, Nicholas Haysom. 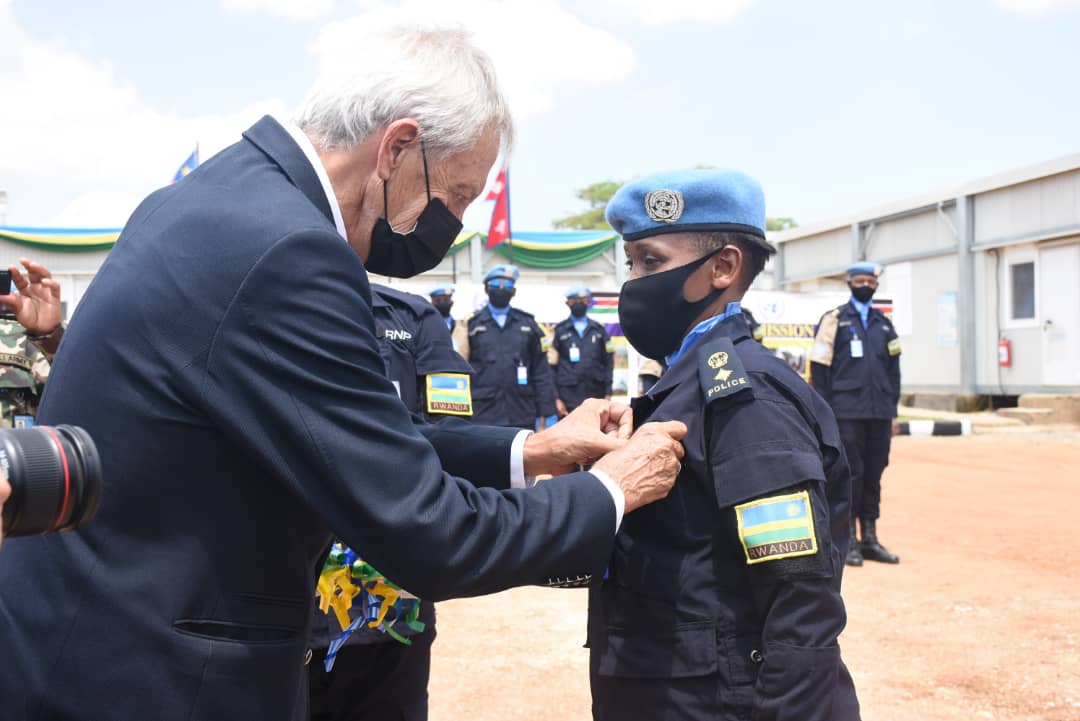 Mr. Haysom expressed gratitude to the Government of Rwanda for its contribution and commitment to international peace.

“Despite its tragic history of the genocide, Rwanda is the third contributing country to UN peacekeeping missions, and we are here today to recognise and honour some of the Rwandan men and women,” the SRSG said. 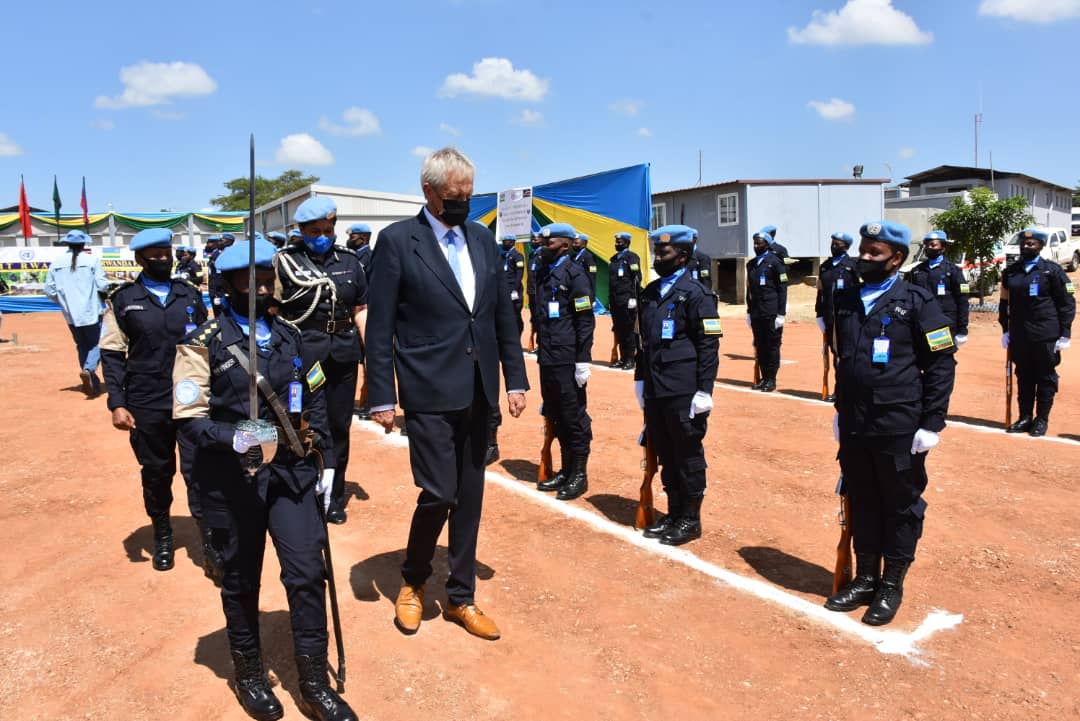 He thanked them for their contribution to the security and peace process in South Sudan and building the capacity of the local police in community policing and fighting sexual and gender-based violence, among others.

The decorated FPU-3 contingent involves majority women, and the SRSG said that this is a “model of advancement to involve women in peacekeeping and peace process.”

“Your work was durable to the people of South Sudan. Remain dedicated and vigilant, maintain the dignity until you go back home. The UN peacekeeping medal awarded today is in recognition of your personal sacrifice and being worthy ambassadors of your country and the UN,” Mr. Haysom said. 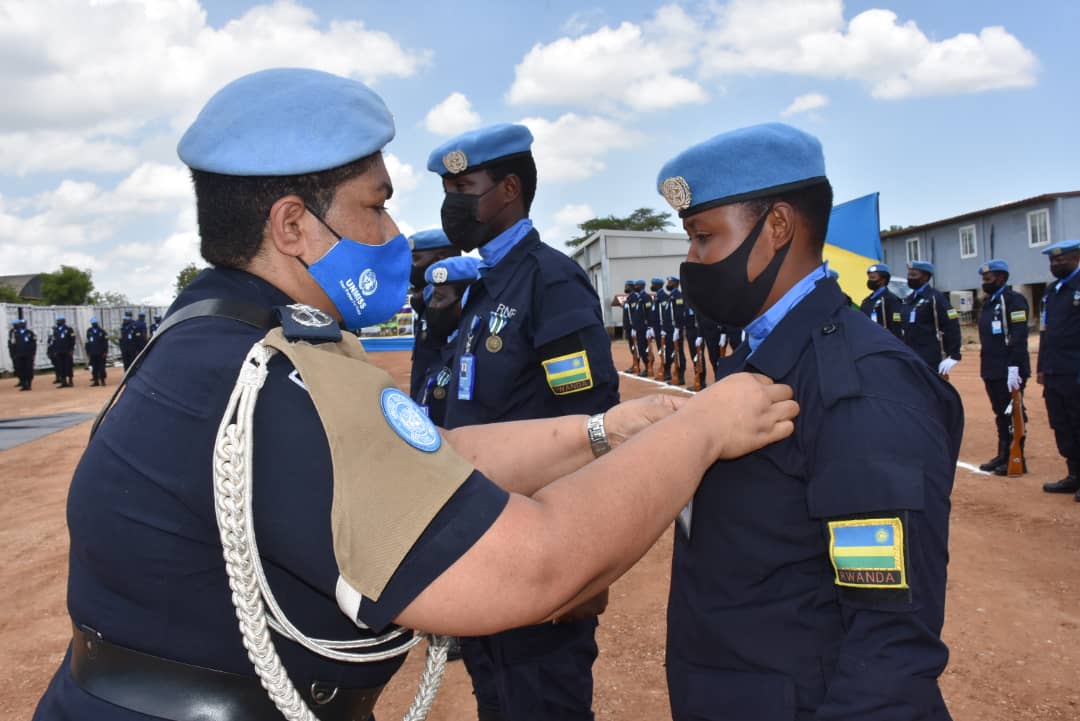 RWAFPU contingent commander, Senior Superintendent of Police (SSP) Jeannette Masozera, thanked the UNMISS leadership and other peacekeepers as well as the South Sudan Police and the citizens for the support in the execution of their duties.

“Our duties are embodied in UNMISS mandate; protection of civilians, creating conducive atmosphere for the delivery of humanitarian assistance, monitoting and investigation of human rights violations and supporting the implementation of the Revitalized Agreement and the peace process,” SSP Masozera said.

She added that despite the encountered challenges, the contingent “remained resilient in handling the unpredictable and challenging circumstances.”

“We are pleased to be recognized for our selfless and hard work.”