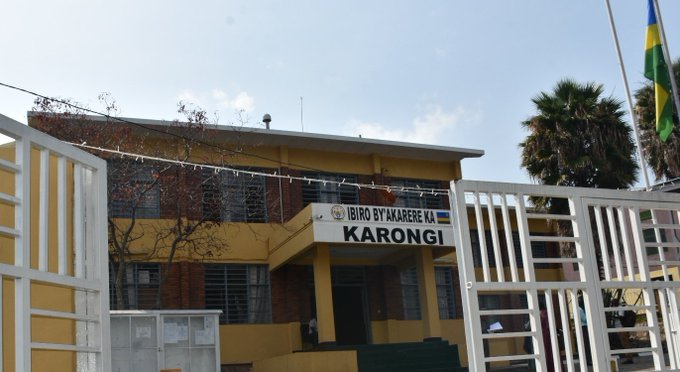 Karongi district has returned to the Parliament Accounts Committee with almost the same issues concerning poor tender and project management and compliance.

On top of the agenda during the PAC hearing on September 27, Karongi district was accused of failing to comply with the Auditor General’s recommendations at 42% (adverse) from the required 60% benchmark as seen in other entities.

The PAC Chairperson revealed that Karongi is still among the few districts which have failed to improve at a time when other districts have progressively made substantial improvements in compliance and value for money.

For example, the district was put into this category of low performers for mistakes such as failure to involve a full team of legally designated District officials (minus the procurement officer, legal advisor, chief budget manager) in contract negotiations but leaving the process to its technical team which offered 8 tender contracts worth over Rwf2.4 billion.

This was contrary to article 24 of the Ministerial Instructions No. 612/08.11 of 16/04/2014 setting up modalities for drafting, negotiating, requesting for opinions, signing and managing contracts.

The OAG report said that this weakness is attributed to inadequate monitoring of the procurement process by the district management but also cast doubts on the possibility of any kind of transparency.

“Failure to involve the designated officials in contract negotiations casts doubt on the transparency and fairness of the negotiation process. As such, the district may unnecessarily acquire goods, services and works at expensive costs,” MP Beline Uwineza said.

MP Uwineza who led the inquiry asked the officials to explain who else does the negotiations if the legally accepted team is not involved.

Some of the contracts related to these tenders were signed after the year ended 30 June 2020 and the officials gave Covid-19 disruptions as the excuse for this even when most of the tenders were before the Covid-19 pandemic.

Another issue raised was non-compliance with the allowed number of revisions of the procurement plan to the extent they revised it more than legally accepted times.

Article 2 of the Ministerial Order N° 001/14/10/TC of 19/02/2014 establishing regulations on public procurement, standard bidding documents and standard contracts states that the annual public procurement plan can be reviewed only twice during the financial year, once in the second quarter and once in the third quarter.

“Tell us what kind of planning is this and how come that the required team in the tendering process is not involved to the extent that this puts government funds at risk,” Uwineza asked.

Karongi Executive Secretary, James Karangwa asked for pardon and tried to explain that the said tenders had been offered on force account to the Reserve Force with negotiations at central level meaning that they didn’t have any opinion to table but this later changed to involve all.

However MP Muhakwa asked how come the district never felt the obligation to represent government interests in the tenders even if that was the case?

“You are the one to negotiate on government behalf to ensure it saves and benefits from these projects. Why did you abandon this responsibility,” MP Muhakwa asked

Karongi Mayor, Vestine Mukarutesi used COVID-19 as an excuse for not being part of the tender negotiations but PAC members showed that there were many tenders offered in the similar method even before COVID-19.

The Mayor asked the parliament to pardon them for these mistakes however MP Uwineza said that this will not end at that and has to be followed up in a clear way.

On the issue of reviewing procurement plans more than legally required, the district ES Karangwa told parliament that out of negligence, they had not conducted feasibility studies which irked MPs on the consistent irresponsibility that the district continues to display despite being advised by the OAG.

Karongi is one of the districts that has also previously shown lack of due diligence in tender management and administrative decisions.

For example, it was the first district to be cited for borrowing a street lighting tender contract from neighboring Musanze district.

This has since been taken up by other districts like Kirehe, Nyagatare, Kayonza and Nyaruguru among a handful discovered this year.

PAC has however tasked the line ministries (Finance, Justice and Local government) and Rwanda Public Procurement Authority (RPPA) to take immediate action lest more taxpayers money is wasted in projects with no value for money.