As Chinese ambassador to Rwanda, I am honored, and lucky enough, to witness the 50th anniversary of diplomatic relations between China and Rwanda. Preferably I would say, I am witnessing a milestone of China-Rwanda brotherhood in half a century.

In past 50 years, we have fostered a multidimensional and full-fledged relationship. High-level political mutual trust anchored our bilateral relations steadily in a volatile international situation. China has become the largest trading partner and largest project contractor of Rwanda. 21 Chinese medical teams and 258 doctors have served in Rwanda since 1982. Our people-to-people exchanges have enormously expanded, and mutual learning of the two cultures has been greatly promoted. We support each other in international arena and speak in one voice on so many issues. The Communist Party of China and the Rwandan Patriotic Front see eye to eye on state governance, as the “people-centered” concept of the CPC and the “citizen-centered” concept of the RPF are highly compatible.

Thanks to the stewardship of our leaders, China-Rwanda relations are at their best in history. During H.E.President Xi Jinping’s historic visit to Rwanda in 2018, the very first visit by a Chinese head of state, the two sides signed 15 cooperation agreements in a broad range of areas. The implementation of those agreements is further strengthening our collaboration of brotherhood.

Cross-border e-commerce is emerging as a new highlight of cooperation, with each kilo of coffee beans sold to China via e-commerce platforms bringing Rwandan coffee farmers four more dollars than before. Rwanda has become the first African country to export dried chili to China, and will export 50,000 tons of dried chili to China in the next 5 years. More agricultural specialties of Rwanda are yet to enter the Chinese market. In our concerted effort to fight COVID-19, China has provided Rwanda with 500,000 doses of vaccine and other equipment, which were most needed. We are conducting fruitful cooperation in ICT which is expected to be the pillar industry of Rwanda. 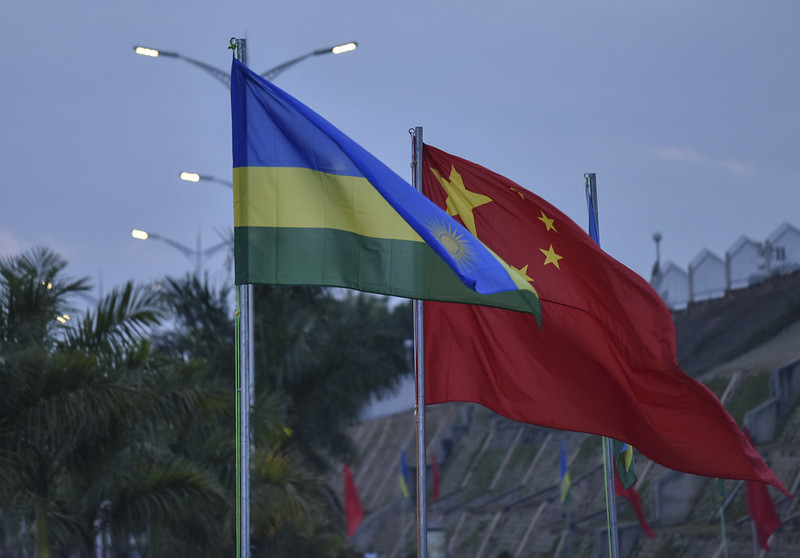 Our brotherhood roots from our culture and commonalities. We both maintain that all countries, big or small, strong or weak, are equal. We both cherish national sovereignty and independence, and resolutely oppose any interferences in our internal affairs by any country or external forces. We both firmly believe the path and system that suit our national conditions are the best. The people of our two countries share characteristics of being strong, unyielding, optimistic, hardworking, and kind-hearted.

Our brotherhood builds on empathy. I have traveled to all four provinces of Rwanda during my tenure of four and a half years. Along my journey, I saw and felt amicability and hospitality of grassroots towards the Chinese people, an affection flowing from the bottom of their hearts. Many views in the rural areas were reminiscent of China’s poverty-stricken areas in the recent past. Like Rwanda, China endured untold hardships in history. We keenly feel the pain and know how strong the aspiration is to end the hardships. That explains why the Chinese government waged and won a war unprecedented in human history on poverty, which has lifted hundreds of millions of people out of poverty. That also explains why China stands ready to lend a helping hand to brotherly Rwanda people. A community of shared future for mankind is a vision truly held by China.

Our brotherhood grows in trust. I was told that when one Chinese construction company in Rwanda had to close in the miserable genocide against Tutsi, they entrusted their equipment to locals in the neighborhood, promising to come back as soon as possible. As promised, the Chinese company returned to Rwanda before long. As promised, the locals kept all the equipment intact in an extremely precarious time. A promise is a promise, and it’s especially true for brothers. Mutual trust is a precious wealth that we should hold dearly and accumulate continually.

When addressing the second China-Africa Economic and Trade Expo in September this year, H.E.President Paul Kagame stated that Rwanda’s firm intention is to deepen our relationship even further in the next half-century of cooperation. In his speech at the reception in celebration of the 50th anniversary of China-Rwanda ties on 8th November, Hon.Vincent Biruta, the Rwandan Foreign Minister, pledged to further strengthen and expand our long standing dynamic partnership and achieve maximum benefit of a south-south cooperation. I firmly believe that our two countries will strengthen the collaboration and synergy between our national development strategies. We will further deepen practical cooperation for the benefits of two peoples. And, we will compose a new chapter of friendship that goes beyond thousands of hills and rivers.

Rao Hongwei-Chinese Ambassador to the Republic of Rwanda