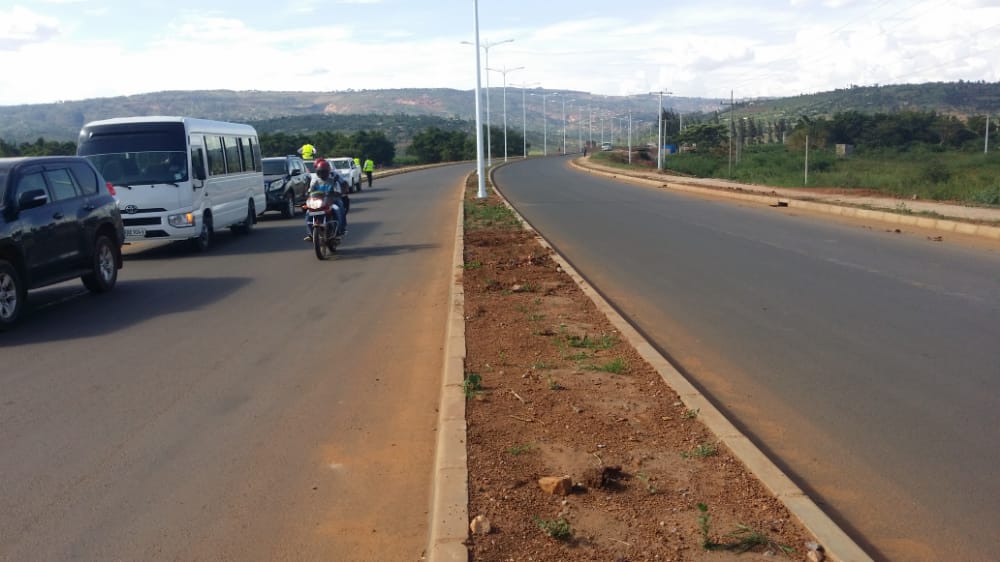 Counting a couple of days remaining, to the celebrations of the China-Rwanda 50 years of cordial bilateral relations, the Chinese embassy in Rwanda has showcased some two pending ‘big projects’ that will mark the event and are also expected to contribute to the social-economic development of the country.

They include expansion of the 13.8 kilometers long Sonotube-Gahanga-Akagera bridge road worth Rwf65billion and the construction of the 200 boreholes in rural areas across nine districts of the country.

So far, the expansion of Sonatube-Gahanga-Akagera bridge road is at 91.6% and the completion is expected in June next year. It is being expanded from the two to four-lane, funded by the Exim Bank of China.

The expansion started in 2019 and was expected to be completed December this year, but the work was distracted by  expropriation, relocation of utilities and expansion works simultaneously.

“We were planning to complete it by December this year, but the main challenges with that road is relocation of utilities, it is in an environment that was previously constructed with houses, so we have to relocate the utilities.  Another issue is relocation of properties and the construction of the road in the city area, we have to deal with traffic,” Deputy Director General of Rwanda Transport Development Agency (RTDA) Emile Baganizi said.

“These issues delayed the project, but now it is progressing well and it will be completed very soon. This road will solve the problem of traffic jams in the city and at the entrance of the city,” Baganizi added.

According to RTDA, the road is also expected to improve transport of commodities and people from Bugesera district, Eastern Province, but also connect to the Bugesera International Airport, which is under construction.

The Rwf65Bilion budget for the road includes expansion costs, expropriation, among other costs, according to RTDA.

It (Sonotube-Gahanga-Akagera bridge road) is part of several projects supported by the People’s republic of China and will mark the 50 years anniversary of cordial bilateral relations celebrations with Rwanda. The event is scheduled on November 12, 2021.

Rwanda and China have been cooperating in areas including infrastructure development, education, health, Military, among others.

According to the reports, Rwanda and China first established diplomatic relations on November 2, 1971.

“Rwanda and China have good relations, as constructors and friends of this visionary country, we hope we contribute towards its development. The friendship started long ago and it’s worth celebrating,” Tian Chong, project manager of Sonatube-Gahanga-Akagera bridge road said.

“It was a two-lane road, but we are expanding it to be a four-lane highway, this means it will solve traffic jam challenges and easily connect people from the province to the city,” Chong said.

The expansion has been underway since March 2019, conducted by China Road and Bridge Corporation (CRBC). CRBC carried out its first project, reportedly during the construction of Kigali-Rusumo Road early 1974.

“We have benefited from the construction of this road before its completion, we got jobs here and neighboring communities sell goods,” Emanuel Rutubuka, Executive Secretary of Gahanga sector said.

“First of all, Chinese experts train our people in the construction fields, there are mutual benefits and exchange of skills. 50 years is a long period and the results are worth appreciation,” Rutubuka said. 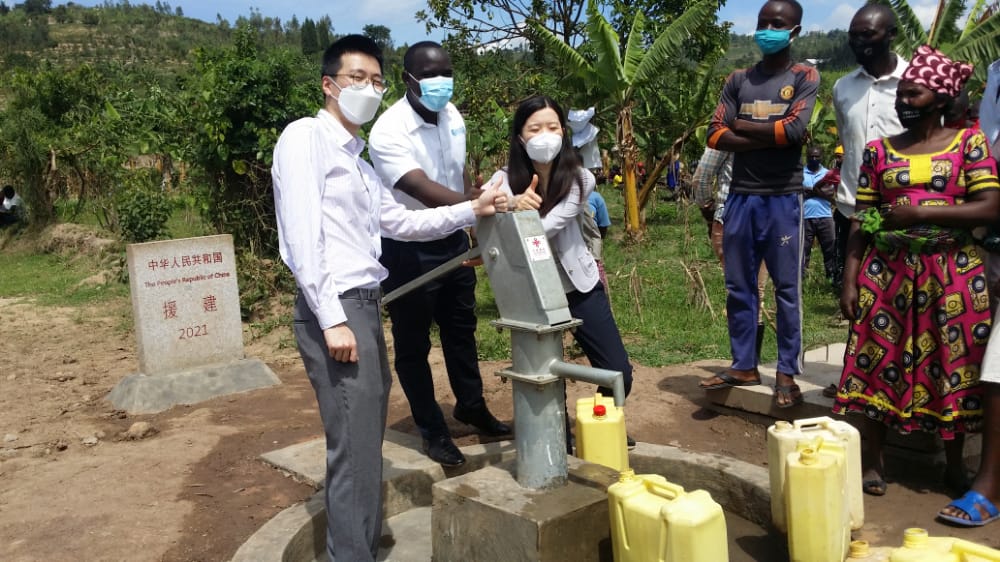 Another pending project showcased on November 4, 2021 is the construction of the 200 boreholes in nine districts of the country facing clean water scarcity.

They include Ngoma, Nyagatare, Bugesera, Kirehe, Rwamagana, Gatsibo and Kayonza districts−all located in the Eastern province.

Other beneficiary districts are Kamonyi and Muhanga, Southern province.

The borehole project worth $5.7million started in November 2019 by China Geo-engineering Company (CGC) and is expected to be completed next year.

Extending clean water to citizens is one of the most important goals for the Government of Rwanda 7-year programme (2017-2024) dubbed ‘National Strategy for Transformation 1 or NST1’.

To hit this target the government has partnered with development organizations including CGC that has pledged to contribute to the equitable access to safe water, sanitation, and hygiene education (WASH) to families in Rwanda until 2030.

“Our target is to extend clean water to people in  places that are in need. So far, the project has reached a construction rate of 69%. By the end of 2021, we shall be at 80%,” Chen Jinke, a team leader of the borehole constructors at CGC said.

“These boreholes have a durability of 15 years, but the residents are supposed to take good care of them. In addition, after the construction, we shall supervise the previously constructed, to repair them if there is any damage, before handing them over to the Water and Sanitation Corporation,” he added.

The two pending projects were showcased to the media on Thursday 4 during the media tour in Kamonyi and Kicukiro district, Kigali city.

Other showcased projects are food security, through programs such as C-RATDC, an Agriculture technology demonstration center that was established in April 2011.

It was also showcased to the media in September this year.

“We have been relieved from drinking swamp water and walking long distances,” Vincent Mugwaneza, a resident of Rugarika said.