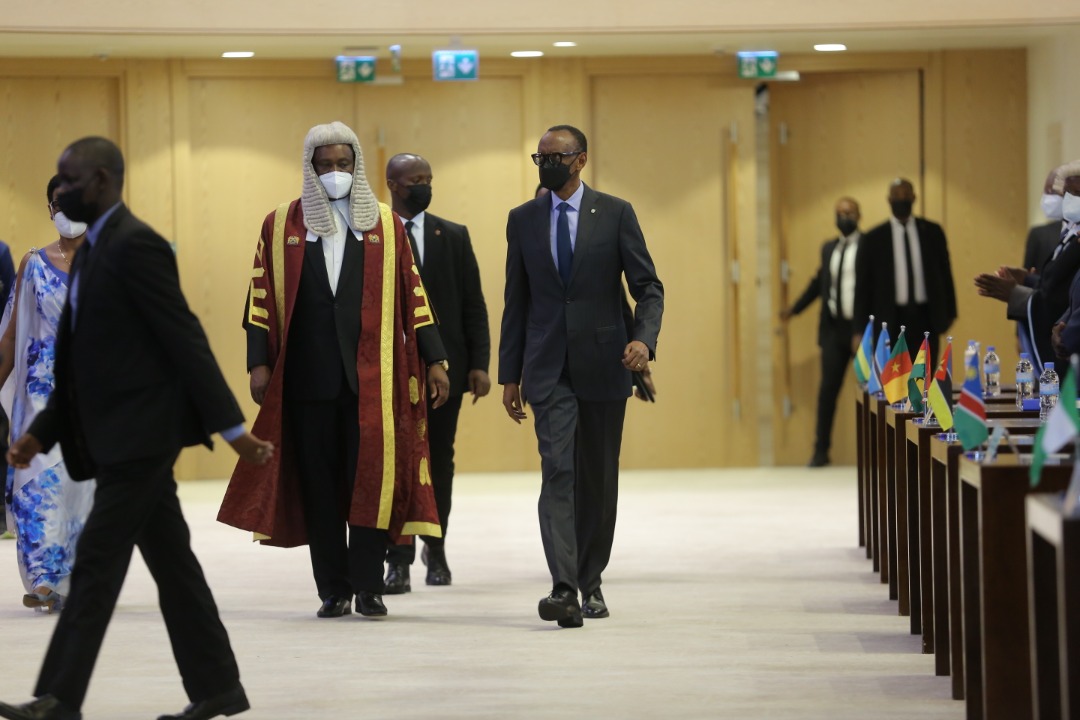 President Paul Kagame has tasked African parliaments to take the lead in setting an agenda of building Africa’s resilience against health, including pandemics and other threats on the continent.

Kagame gave four suggestions of ideas which he thinks is the way the above can happen considering the impact of COVID-19 on Africa, lessons of being unprepared during the pandemic and a continued search for a path of Africa’s recovery.

Global trade declined by 3.5% during the first half of 2020; this was mostly due to the immediate shock from the global travel restrictions instituted by various countries in efforts to curb the spread of COVID-19 according to the International Monetary Fund report of last year.

However, Rwanda is one of the countries in Africa that has been heavily affected by the pandemic witnessing a decline in its economic performance but through Economic recovery funds ($300million) and grants, the Central Bank anticipates a quick recovery by 2022.

“As we continue towards on the path to recovery parliaments still need to be at the fore front of building Africa’s resilience against mainly health but also other threats,” Kagame said.

President Kagame was addressing the 17th Conference of Speakers and Presiding Officers of the Commonwealth (CSPOC)–Africa Region themed “African Parliaments in the 21st Century” which kicked off in Kigali this November 24, 2021.

The president suggested four ideas that this can be used to attain Africa’s resilience in the context of the pandemic and the African Union development goals of agenda 2063.

These four ways are  first, having the advisory national parliaments ratify the African medicines agency treaty- which has already entered into force.

This is a landmark agreement that will help ensure that vaccines and medications in Africa are both high quality and locally produced.

Secondly, the president advised that legislature should be a driving force for implementation of the African Continental Free Trade Area and the Paris Climate Accord.

Thirdly, he said parliaments should prioritize enacting legal frameworks to speed up digital transformation and lastly budget allocations to be made towards attainment of sustainable development goals (SDGs) and agenda 2063.

Kagame noted that this is particularly in the health sector where there is still too much dependence on external financing, which was seen when the pandemic exposed Africa’s vulnerability and reversed some of the gains made.

Lastly  budget allocation should be made towards the attainment of Sustainable Development Goals(SDGs) and agenda 2063.