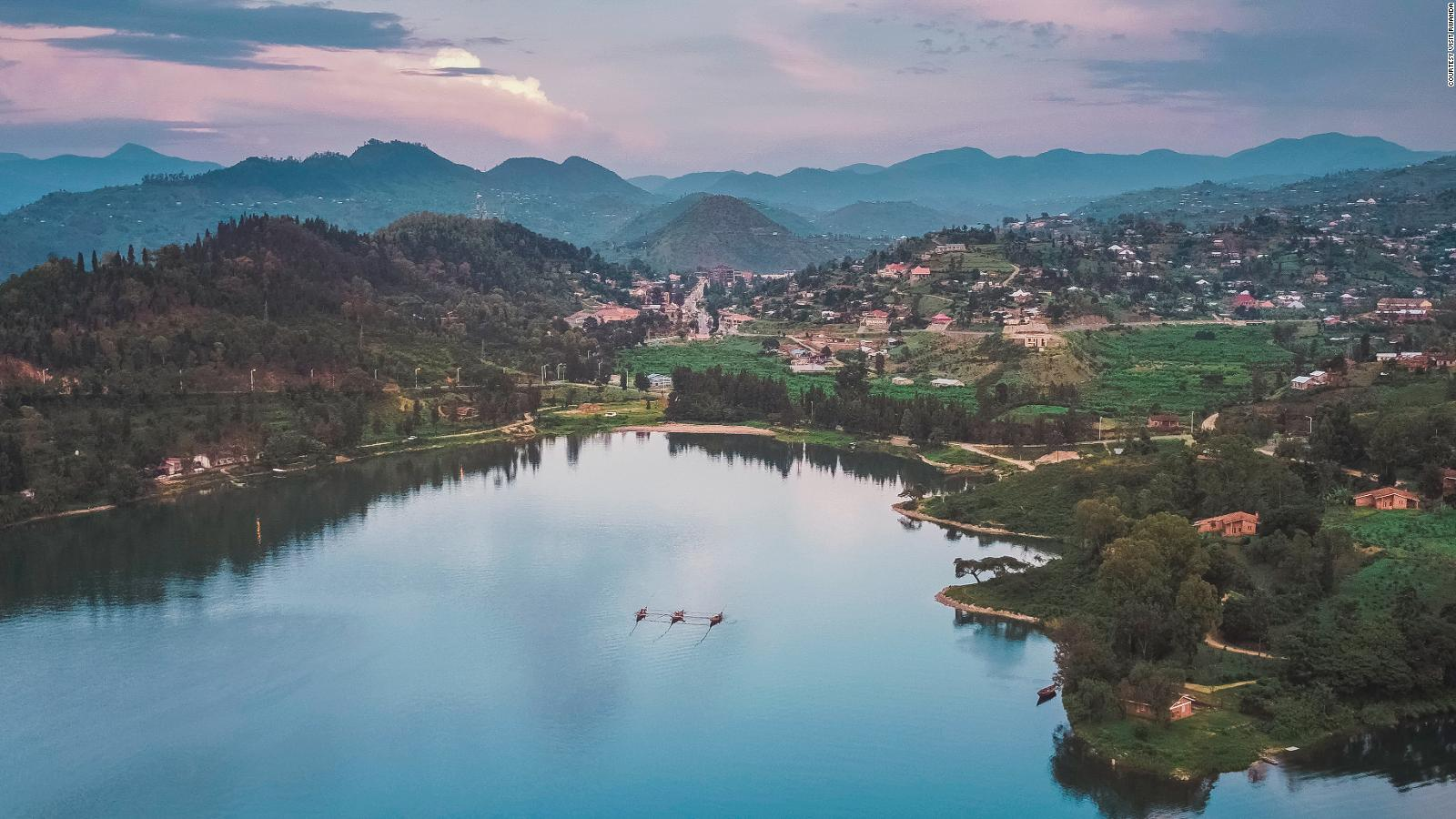 You would not expect to find Rwanda mentioned in a debate about standards and financial probity, among British Parliamentarians, but such is the curious desperation among Rwanda’s Western detractors to malign the country, the most tenuous link is enough to replay the litany of now familiar attacks.

The convenient way into an attack against Rwanda on this occasion, is the Member of Parliament (MP) for Sutton Coldfield, in the midlands. Like a number of his colleagues, Andrew Mitchell has a second income, in addition to his salary as a constituency MP, in his case, a consultancy for Southbridge, an investment bank, headed by former Rwanda minister of finance, and former head of the African Development Bank, Donald Kaberuka.

The author of the latest hatchet job on Rwanda, journalist, Ian Birrell, is caught betwixt and between. Does he go after Mitchel, or continue his inexplicable anti Rwanda, especially anti President Kagame campaign? He opts to perfunctorily mention the former, and reserve the entire bilious article on the latter.

Mitchel is said to be paid just under £40,000, by Southbridge, for just nine days’ work, in the year, to advice on “African matters.” Not much however, is said on ostensibly the subject of the article, what the British media have dubbed “the Tories’ (Conservative MPs) second job-jobs gravy train.”

The reason, immediately apparent, is that for Birrell, the MP’s greatest sin is not that he is offered what is an enormous amount of money, apparently for so little work, but that he is paid by “close allies of Kagame.”

A subject that should have absolutely nothing whatsoever to do with Rwanda, whether or not British Parliamentarians should be allowed to have second jobs, is nevertheless stretched to serve as a peg on which yet more scurrilous attacks on the country, and in particular, its head of state is hung.

A new character in the anti Rwanda saga, lawyer and Member of House of Lords (the British Parliament’s second chamber) Baroness Helena Kennedy, is introduced on the scene.

She was visited by Rusesabagina’s daughters, who do doubt spun for her, the yarn they have been spinning about their father, Paul Rusesabagina, ever since he was lured to Rwanda and arrested on arrival.

They were presumably preceded, or accompanied by Birrell, whose encomium for Rusesabagina, could not be more fulsome, virtually demanding a drum roll. “Human rights campaigner, winner of US Presidential Medal of Freedom and real life hero of the film Hotel Rwanda.”

One imagines him listening with rapt, empathetic attention, as Rusesabagina’s daughters reeled out their father’s credentials, jotting them down, and then repeating them, verbatim.

Birrell is a highly regarded, experienced journalist, whose knowledge and understanding of his country’s power structures is virtually second nature. Was it at his urging that Rusesabagina’s daughters took their case to Baroness Kennedy?

They have the well connected Public Relations professional, Kitty Kurth, who runs their father’s foundation. But even with that behind them, it is unlikely that they will have alighted upon approaching Kennedy, without a nudge from someone with a good understanding of the British establishment.

The entire article is a predictable retread of the claims we have heard before. Even these claims’ usual purveyors seem a tad reluctant to go over the same ground, for the umpteenth time. What we are given instead, is a specious, cosmetic summary.

Rusesabagina was “kidnapped” he was “denied lawyers” “he was tortured” denied medical help, and oh, he was denied food. Oddly, he managed to look in the rudest of health, in spite of the ravages of the kind of treatment that might have felled many a man. Heroic indeed.

We learn that “After investigating the charges of terrorism levelled against Rusesabagina, the Labour peer (a Labour Party member of the House of Lords) and human rights lawyer, concluded that there were serious concerns over the rendition and trial…”

With a journalist of Birrell’s standing, the all pervasive Human Rights Watch campaign against Rwanda, Rusesabagina’s daughters emoting for all their worth, it is easy to imagine how Kennedy might have been moved.

Nonetheless, the Baroness is a distinguished lawyer, who should be expected to know better than to jump on a tawdry bandwagon, on which tendentious claims pass for fact. Her “investigation” can only have amounted to what she was told by her visitors.

“We expanded the Commonwealth to include Rwanda, on grounds they would follow the rule of law and correct standards, but the country has kidnapped a man in poor health, who was ill treated in custody and denied a fair trial” she now opines.

Her comments are instructive. Rwanda should take note, the game it seems is afoot. The country is due to host CHOGM (Commonwealth Heads of Government Meeting) and the strategy is clearly to use the occasion on behalf of Rusesabagina.

As instructive, is Kennedy’s ready acceptance of all the claims put to her, apparently without a thought of ever giving equal weight to the charges she “investigated.”

It is highly unlikely that as a distinguished a lawyer as Kennedy, would have lent her voice to any of these claims, without thorough research, had they been made against any other country, other than Rwanda, or indeed any other country, not on the African continent.

The most cursory investigation about Rusesabagina, would have shown her, that in a similar situation in her own country, for instance, he would have found himself in jail much sooner, than Rwanda took to investigate him, well over a decade.

The “real life hero of Hotel Rwanda” was little more than a creature of the genocidal government, who at the height of the genocide against the Tutsi, in 1994, was sent to the only place in Rwanda, where there remained an international presence, to spy for his murderous masters.

Even after all that however, for as long as all he did once he arrived in the West, was give speeches, and be garlanded with awards by the gullible, Rwanda paid little heed to his call for violence, in the country of his birth.

As money poured in to his foundation, and he told his audiences that it was going to support “reconciliation efforts” in Rwanda, the authorities traced it to the armed groups he was financing.

But this too, they tolerated. Only when the groups he led and financed, began murdering Rwandans in their homes, and as they went about their today to day lives, did Rwanda move against him. That, they would not tolerate.

As a lawyer, Kennedy might have reflected on the fact that his words alone, would have had him convicted in a British court, where many have served prison terms for the crime of “glorification of terrorism.” Rusesabagina did more than glorify terrorism. He led it, financed it, encouraged it, puffed himself up and crowed, when his followers killed, and called for more of the same.

And Kennedy need not have taken the word of the Rwanda security forces, whose word she has clearly ruled inadmissible. She might have gone by the evidence from the Belgian judicial service, or indeed from Rusesabagina himself. In spite of his Foundation’s efforts to delete his statements from the internet, much of it remains available.

Instead, her investigations amounted to sitting in one of the grand rooms in the Palace of Westminster, listening to a journalist on a mission to spread half truths, and fabrications from a criminal charlatan’s daughters, about a Rwanda where all “live in fear” of a fire breathing “dictator.”

Rather than dismissing Andrew Mitchell’s suggestion to her to look at the claims against Rwanda critically, she dismisses his warnings, on the grounds that “I fear Andrew has allowed his friendships to cloud his judgement.”

Some humility might have served her better. Mitchell knows Rwanda well, including his time as Secretary of State for International Development. She on the other hand, has spent a couple of minutes listening to self serving Rwanda bashers. To whom should one turn for credible information on the country?

But it has become the norm for Rwanda’s detractors, to write off anyone who does not nod along with their anti Rwanda diatribes, variously, as having fallen under the spell of the well known Warlock, Paul Kagame, being in the pay of the government of Rwanda, or naïve fools.

According to Birrell, the “regime” or “Kagame regime” – Rwanda does not have a government, that is reserved for favoured nations – assassinates opponents, kidnaps them of course, and smears them. Rather ironic, from someone who for years, has perverted his journalism to smear the government of Rwanda.

But of course, like Michela Wrong, and the unnamed Rwanda “dissidents” whom he quotes, he cares about the Rwandan people. “There is” he tells us, “a world of difference between supporting Kagame and supporting the citizens of this blighted country…”

The citizens of “this blighted country” are of course, also under the spell of the Warlock, since despite the valiant efforts of Birrell and others like him, to save them, they, trapped in some kind of trance, continue to not only applaud what the Warlock’s government, or rather his “regime” does for them, but fearful as he is, overcome their fear of him, and demand even more.