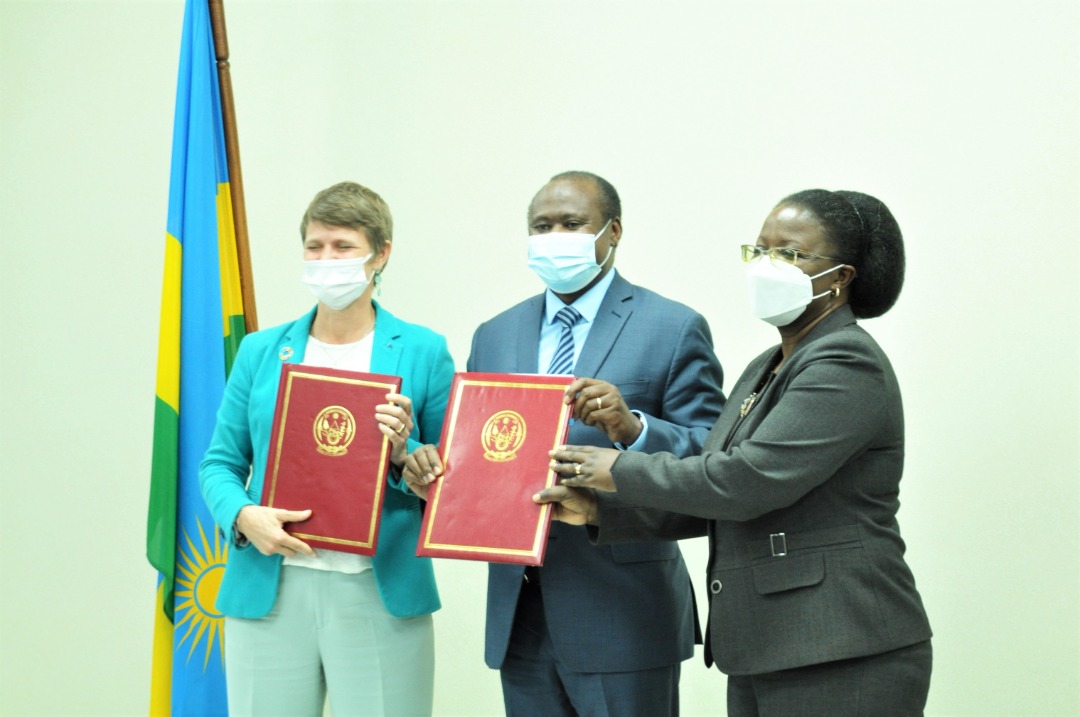 The Government of Rwanda and Sweden have signed a grant agreement worth Rwf8.9 billion to reduce vulnerability to climate change through an Enhanced Community-based Biodiversity Conservation in the Eastern Province (COMBIO).

This project agreement, signed in Kigali – December 8, 2021, will support Rwanda’s environment and climate change which is a key cross-cutting area of the National Strategy for Transformation, with a particular emphasis on biodiversity, ecosystem management and pollution.

This is in line with Rwanda’s Vision 2050 goal of being carbon neutral and climate resilient pegged on communities having knowledge, skills and tools to adapt to a changing climate.

Rwanda’s Minister of Finance and Economic Planning Uzziel Ndagijimana said this is an important project which will contribute to Rwanda’s contribution to climate change mitigation and adaptation.

Minister of Environment, Jeanne d’Arc Mujawamariya said that Rwanda can only achieve this vision if communities have the knowledge, skills and tools to adapt to a changing climate.

“This new initiative will not only restore and promote biodiversity in Rwanda’s Eastern Province, but also provide incentives for farmers to be part of the solution by harnessing the power of nature,” Mujawamariya said, committing to working with communities to make the project a success.

Swedish Ambassador to Rwanda, Johanna Teague said that the project collaboration has high potential with its focus on biodiversity and climate change.

“I am pleased to enter un-chartered terrain with key partners, not least to explore long term financing solutions for biodiversity and strengthening the livelihoods of local communities together. The initiative builds on a local knowledge base and aims to benefit people living in the Eastern Province, and set standards on a national level,” Teague said.

COMBIO project will among others help to restore and sustain the biodiversity in the protected natural forests and establish new biodiversity sanctuaries; sustain biodiversity integration in the production systems through capacity building of farmer’s groups and develop community-based management and monitoring frameworks.

It comes to complement efforts already started in partnership with the Green Climate Fund through the support channeled to International Union for the Conservation of Nature and execution partnership with a Belgian Development Agency (Enabel), to implement the transformation of Eastern Province.