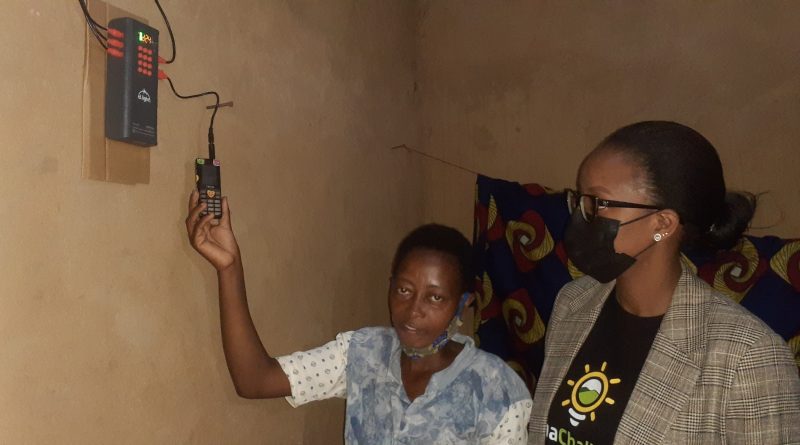 The “Light up a Rwandan Family” challenge (CanaChallenge) has so far collected Rwf 117 million that will be used to light up 10,000 families by the end of February this year, officials have revealed.

The CanaChallenge is a community-based initiative launched by the government of Rwanda through the Development Bank of Rwanda (BRD), seeking contributions of Rwf15,000 ($15) from individuals and corporates to which government tops up the remaining Rwf100,000 ($100) needed to purchase and install a single home solar system for a family.

The challenge was launched by BRD on 16th of December 2021, with a call to encourage corporate companies and individuals to light up a family with solar power as a Christmas gift to Rwandan families which have no electricity (in the Ubudehe category 1).

Since the launch of the CanaChallenge, BRD officials have said that the campaign has gained huge attraction among corporates and individuals leading to record-breaking contributions reaching an unanticipated number of homes in the few days of the campaign.

Liliane Igihozo Uwera-, the Special Project Implementation Unit (SPIU) Coordinator at BRD said that out of the Rwf150million that was supposed to be collected in pledges, in two weeks, Rwf117million has been gathered with individuals having a 45% contribution and corporate companies, 55%.

The target for the festive season (over Christmas) was to light up 2,500 Rwandan homes and that was reached on Day 8 of the campaign through Individual contributions from Rwandans both in the country and the diaspora.

Corporations and companies also made generous contributions and pledges to the challenge which covered more than 4,500 homes so far.

“Till now the campaign has reached a target of lighting up a total of 7,197 homes across the country. These families will be able to have a solar energy system installed in their homes promptly, as installations will commence during this next week,” Uwera said during a press briefing this January 7, 2022.

Some of the corporate that have contributed to the challenge include the Bank of Kigali (BK), Rwanda Bankers Association, Rwanda Green Fund (Fonerwa) and Cristal Ventures Limited (MTN Rwanda) among many others.

In the NST1 Rwanda plans to reach 100% access to electricity for all by the year 2024. Currently the country has 61.7% households connected to electricity, 49% to the national grid whereas 18% are connected to the off-grid system.

The program has seen over Rwf9billion spent to connect over 94,000 of the 445,000 households and small businesses targeted with subsidized solar energy systems under the Cana Uhendukiwe program.

Uwera said that despite the little experience in organizing such a campaign, the results have been overwhelming and the campaign is expected to be pushed on throughout the years, as it directly contributes to the country’s National Strategy for Transformation (NST1).

The next move is to install the solar panel to the benefiting and according to officials, 600 families per province will be connected among the first beneficiaries.

However this will call for more community engagement to turn the challenge into a home grown solution just as the Community based health insurance (mutuelle) and Monthly General Cleaning (Umuganda).

“We can attain this target if we look at how much corporate companies and individuals especially from diaspora have contributed to the challenge,” Cynthia Mata Uwera, the BRD Communications and Marketing Officer said.

“The next move is to make this campaign a citizen driven community building initiative and we want to engage students too,” she said.

In this regard, BRD officials revealed that Rwanda Energy Group (REG) and other 12 solar companies have already expressed interest in contributing to the challenge to connect the benefiting families, and identify villages which are mapped to the off grid connection map.