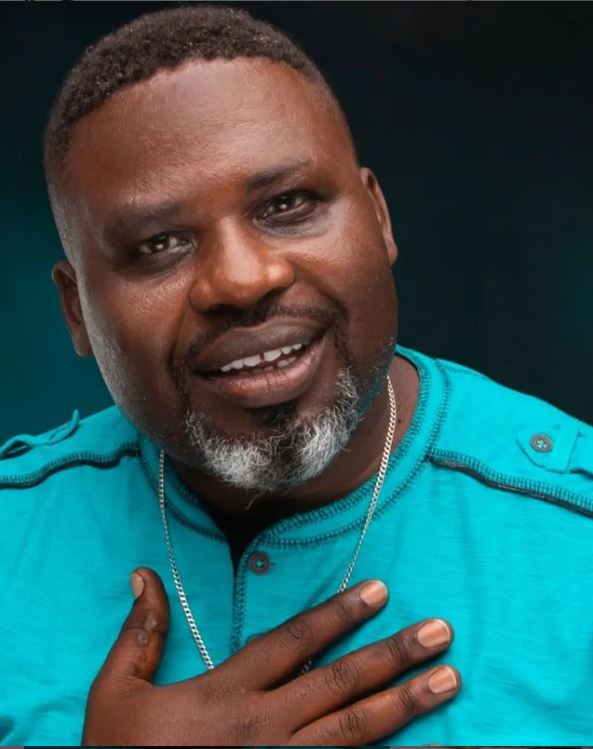 Local actor  Jean Bosco ‘Moustapha’ Uwihoreye, commonly known as Ndimbati, was on Thursday morning arrested by Rwanda Investigation Bureau (RIB) over alleged defilement after a young woman emerged and accused the comedian of sexually abusing her, impregnating her and neglecting the children he sired.

The spokesperson of RIB, Dr. Thierry B. Murangira, confirmed to KT Radio that Ndimbati was arrested and will face suspected defilement charges.

“It is true, RIB arrested a man identified as Jean Bosco Uwihoreye alias Ndimbati on suspicion of child defilement. He is currently being held at RIB Rwezamenya station as investigations continue. His file will be handed over to prosecution when investigations are complete,” Dr. Murangira told KT Radio.

His arrest came after a young woman known as Fredaus Kabahizi accused Ndimbati of sexually exploiting her and neglecting the twins he fathered when she was 17 at the time (in 2019). Kabahizi, who was interviewed by local YouTube channel, Isimbi TV, said that she needed urgent help as her children were starving after the actor refused to take responsibility.

In the interview, which has infuriated many, Kabahizi said that Ndimbati promised to help her get into the acting industry because she was passionate about acting but instead the actor lured her to drink alcohol, only to wake up besides him in a lodge on the fateful evening they met for the first time.

Kabahizi said that Ndimbati promised to meet and brief her about joining the film industry on a day which happened to be her 17th birthday. The day they met, Ndibati allegedly told the girl to drink the beverage which he said was ‘cream and chocolate mixed with milk’. Having not taken alcohol before, Kabahizi sipped the drink and ended up getting drunk.

When she woke up in the lodge next to him, she inquired from Ndimbati how she ended up there and complained about the events. Ndimbati reportedly told her it was her idea to go to the lodge to have sexual intercourse. Kabahizi said that she didn’t recall consenting to having sex with him. After arguing about the situation, Ndimbati dropped her and gave her Rwf5,000.

Kabahizi said her life began to be complicated there and then as the woman she was staying with threatened to send her away because she was misbehaving, having not come home the previous night.

“I convinced her that my birthday coincided with that of a friend and we planned out a celebration. When it got late, I slept in that home where the party happened. However, after several weeks, I started feeling weak, I missed my period,”

“I remembered very well that the only man I had met was Ndimbati and I had not doubt that if I was pregnant, he was responsible,” recalls Kabahizi.

After their first meeting, Kabahizi, now 20, says Ndimbati became elusive and refused to meet until she pretended to be looking for him for another sexual encounter. An excited Ndimbati then showed up.

“When we met, he realised I was not happy. I told him about the pregnancy and why I thought he was responsible. He didn’t deny. He offered to support me because I was going through serious challenges of where to live and the fact that I was physically weak,” Kabahizi says, adding that the actor asked her to relocate to his niece’s house in Gikondo.

However, the actor did not provide any welfare support as promised. She even went as far as proposing that she gets a legal abortion since she was below the age of consent. The comedian refused to cooperate regardless of the challenges he raised with him. Ndimbati reportedly told her that she cannot abort the child.

When his niece asked her to leave, Ndimbati again introduced her to his sister and they discussed the matter at length, he admitted to sister that he made a mistake and impregnated a young girl and he needed an urgent solution but didn’t have enough money at the time.

Ndimbati however was able to convince her to relocate back to her village as he looked for means to support her. He promised to pick her from the village and back to the city in about two months when he has figured out the resources to support her. Oddly, Ndimbati also forced her to tell his niece, identified as Ange, she used to live with, that she lied about the pregnancy.

Cornered, Kabahizi called  Ndimbati and told him about her situation but he said he hadn’t got money yet but proposed to her that he would give her Rwf100, 000 to start a small business in the village but she didn’t buy the idea because life in the village was so hard, even a business would struggle.

As the country entered the Covid-19 period, Kabahizi says he had several ups and downs, with Ndimbati tossing him her up, until she gave birth to twins in difficult conditions. Kabahizi claims she did not get any support from Ndimbati, even when she raised the matter to families and requested some packages for her welfare and children’s.

Ndimbati, in the same video, is not completely denying being the father of children, but he puts some “ifs’. and denies some allegations.

“She is telling lies. I first took care of the children to allow her to settle down but she took them back without even informing me. Apparently, she is on the mission to dry my pockets as well as tarnishing my name,” Ndimbati said.

“We even sat down with her parents to settle the issue amicably, but she arrogantly demanded unspeakable things; she wanted me to offer a job, asked for Rwf 5 million and a monthly rent of Rwf 300,000 for rent, yet am not even sure whether these are my children.”

Ndimbati is a social media sensational with a huge fan base in both comedy and movie industry. He is famous in a local drama/comedy series dubbed ‘Papa Sava’ and television series known as ‘City Maid’.