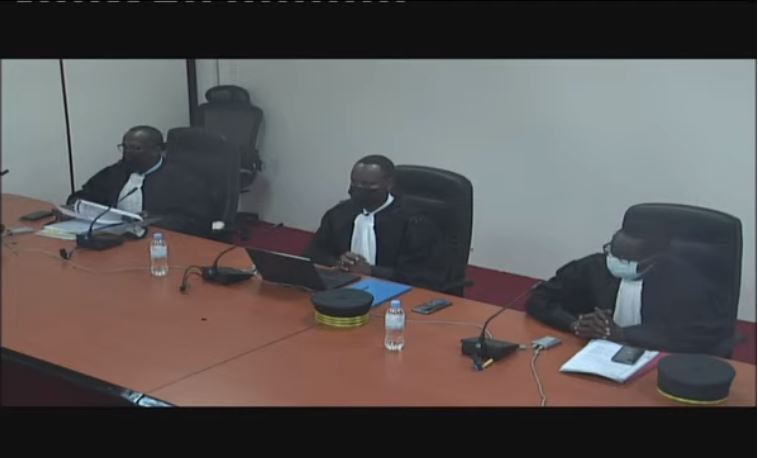 The Appeals Court on Monday adjourned and postponed to April 4 the hearing in which a verdict was expected in the case involving Paul Rusesabagina, Callixte Nsabimana and 19 others, all members of the the Rwanda Movement for Democratic Change (MRCD)/National Liberation Front (FLN), citing the need for more time to assess the file.

The President of the Court of Appeal, Francois Régis Rukundakuvuga, in a brief session, said that the court needed more than the 30 days stipulated by the law to assess and render a verdict, given the sheer size of the dossier, which also involves over 90 civil parties. 13 of the 21 defendants appealed their sentences while Prosecution also appealed in favour of increasing the sentences of some of the suspects in the terror trial.

Rusesabagina and co., through the militia group FLN, are accused of orchestrating attacks on the south western part of Rwanda in which at least nine people were killed, dozens injured and property worth millions destroyed or ransacked.

Prosecutors want the sentences of some of the accused increased, arguing that some of the evidence presented in court was disregarded while judges of the High Court Chamber of International and Cross-boder Crimes did not fully apply the provisions of the law on some of the charges, in doing so giving suspects lighter sentences.

In January this year, the prosecution, which was led by the Deputy Prosecutor General, Angelique Habyarimana, argued that the High Court disregarded some of the charges in its September 20, 2021 verdict, including murder, kidnap and armed robbery, categorizing them as acts of terror, rather than giving them the weight they deserve, which allowed some suspects, including Rusesabagina, to get away with lighter sentences.

Prosecutors prayed to court to reconsider the charges and revise the sentences of the accused accordingly. Among others, Prosecution sought a life sentence for Rusesabagina instead of the 25 years he was handed and at least 25 years for Nsabimana, the former FLN spokesperson, who was sentence to 20 years in prison. They argued that given the charges Nsabimana was facing, the  High Court Chamber shouldn’t have given him a sentence of 25 years.

Nsabimana on the other hand argued that he had a plea bargain and cooperated with court, testifying against his co-accused and that he was never on Rwandan soil when the said were committed.

Nsanzubukire and Munyaneza, who both held the rank of ‘Major General’ in the militia ranks, feature on the UN sanctions list for superintending over killings of innocent civilians in DR Congo.

In the same case, several of the civil parties want court to reevaluate their cases and accord them befitting compensation. The remaining 20 attended the appeal trial proceedings while Rusesabagina, 67, opted not to attend, but court rule in favour of the trial continuing.

All You Need to Know About Miss Rwanda 2022 Grand Finale