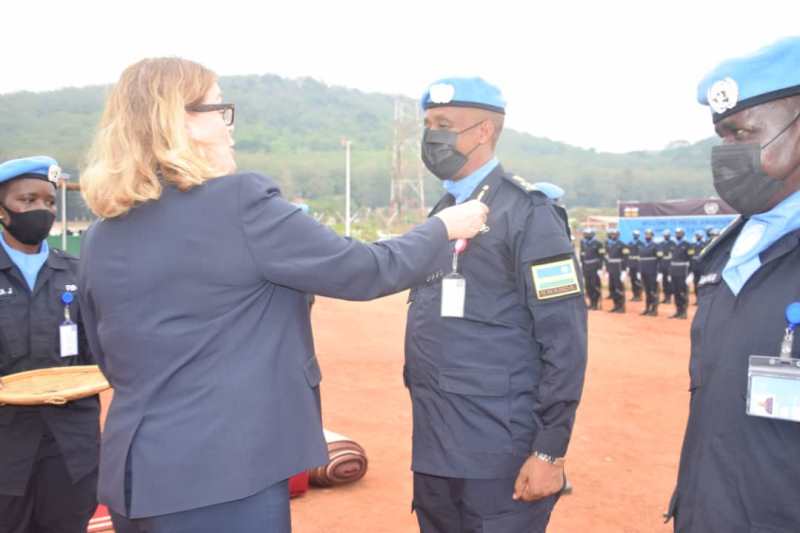 Others are Individual Police Officers (IPOs), who serve as Police advisors and mentors.

The medal pinning ceremony held in the capital Bangui was presided over by Lizbeth CULLITY, the deputy Special Representative for the UN Secretary General.

Present was also the Head of MINUSCA Police Component, Christophe BIZIMUNGU, government officials and representatives from other contributing countries. 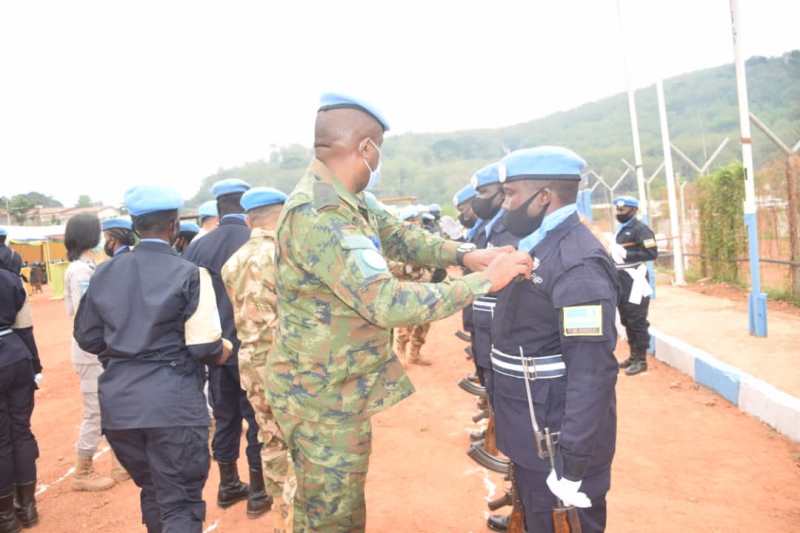 Cullity thanked Rwanda for its continued commitment to peacekeeping and peace restoration efforts around the world.

“We commend Rwanda for its role in the United Nations peacekeeping operations to provide troops to assist the UN in its efforts to maintain and restore peace in various countries,” said Cullity.

She lauded the discipline, professionalism and resilience of the decorated Police officers adding that the medal defines their great contribution to security, safety and peace in CAR

Cullity pledged that MINUSCA and the United Nations in general will continue to work with Rwanda in the pursuit for global peace. 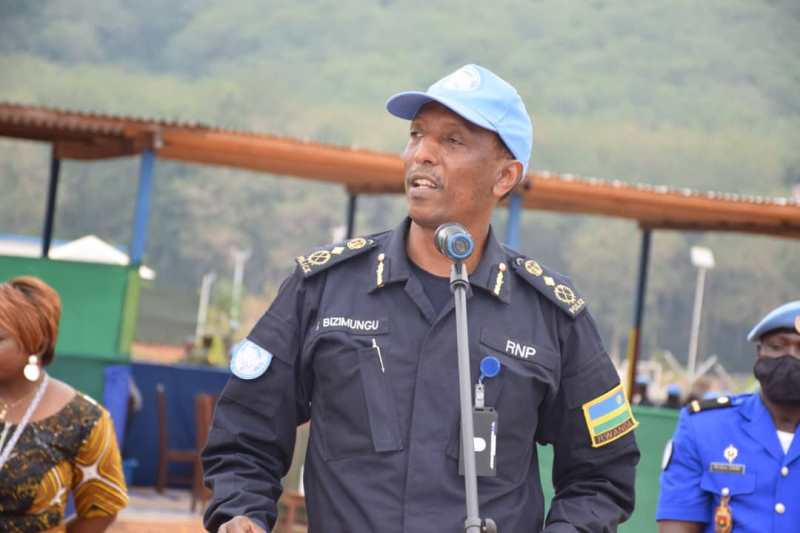 “You have done your work with professionalism and courage to fulfill the MINUSCA assignments. UNPOL recognizes that and will always provide any support required for the effectiveness of your peacekeeping operations,” said CP Bizimungu.

Rwanda started to deploy Police peacekeepers in CAR in 2014. Since then, more than 3,000 Rwandan police officers have so far made their contribution to peace building under the rotational basis. 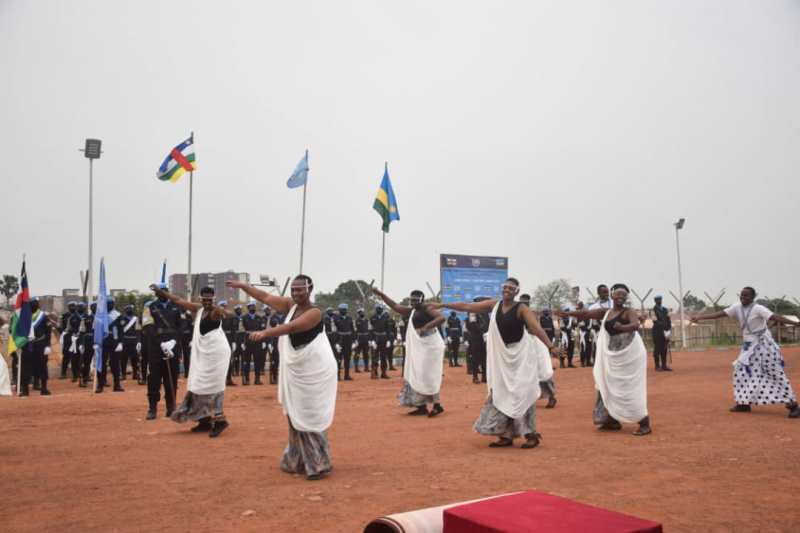 PSU undertakes special duties such as protection for VIPs, including protection of the SRSG, his two deputies, the Prime Minister of CAR, President of the National Assembly, Minister of Justice and the Head of MINUSCA Police Component, among others.