Home NewsNational COP 27: What The Signing Of The Kigali Amendment By President Biden Means
National

COP 27: What The Signing Of The Kigali Amendment By President Biden Means 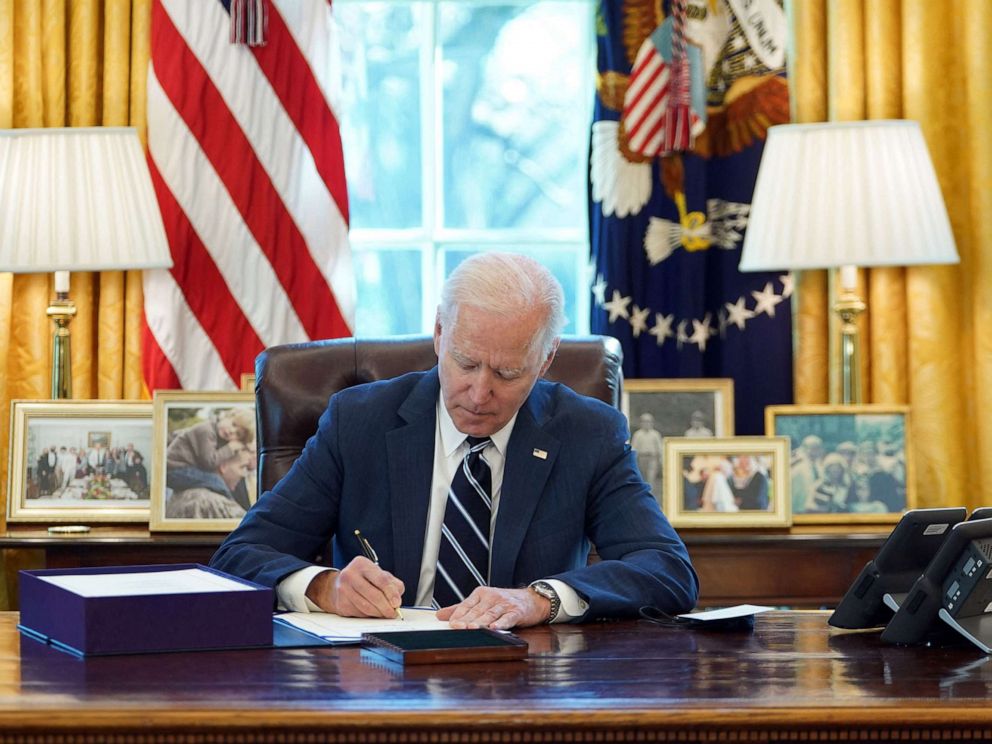 President Biden signs a bill into force. The US President signed the instrument of ratification of the Kigali Amendment to the Montreal Protocol on Substances that Deplete the Ozone Layer on October 26. File Photo.

The signing of the Kigali Amendment by President Joe Biden of the US means that countries will go into the United Nations Climate Summit, commonly known as COP 27, with renewed momentum to phase out hydrofluorocarbons.
The COP27 slated to begin on November 6 will be the first African summit on climate change and mitigation in which African leaders will take center stage in discussing ways to prevent the eminent global climate crisis whose impact has already been felt on the continent of 1.4billion people.
Rwanda’s Minister of Environment has congratulated the US Government for signing the Kigali Amendment Protocol which is aimed at protecting the ozone layer and accelerate actions climate change mitigation.
The US President Joe Biden signed the protocol this October 26, 2022, making his country join 130 nations that have signed the deal which was penned in Kigali in 2016.
I’m proud to sign the Kigali Amendment – a historic, bipartisan win for American manufacturing and global climate action.
“My administration is phasing down supper-polluting chemicals so that the U.S can lead the clean technology markets of the future and unlock thousands of new jobs,” Biden said on the President of the US official Twitter.
“Thank you POTUS for signing the Kigali Amendment into law in the United States. This is great news as we head to COP27,” Dr. Jeanne d’Arc Mujyawamariya, Rwanda’s Environment Minister twitted on October 28.
“The amendment represents the single most impactful step the world has taken in Kigali #Rwanda to prevent dangerous warming gases and protect our climate,” she added.
The Kigali Amendment to the Montreal Protocol is an international agreement that compels countries to limit use of hydrofluorocarbons (HFCs), highly potent greenhouse gases commonly used in refrigerators and air conditioning that are supposedly more powerful than carbon dioxide.
The measure requires participating nations to phase down production and use of HFCs, by 85 per cent over the next 14 years, as part of a global initiative intended to slow climate change.
The phase-down is expected to prevent the emission of up to 105 million tonnes of carbon dioxide equivalent of greenhouse gases, helping to avoid up to 0.4°C of global temperature rise , while continuing to protect the ozone layer.