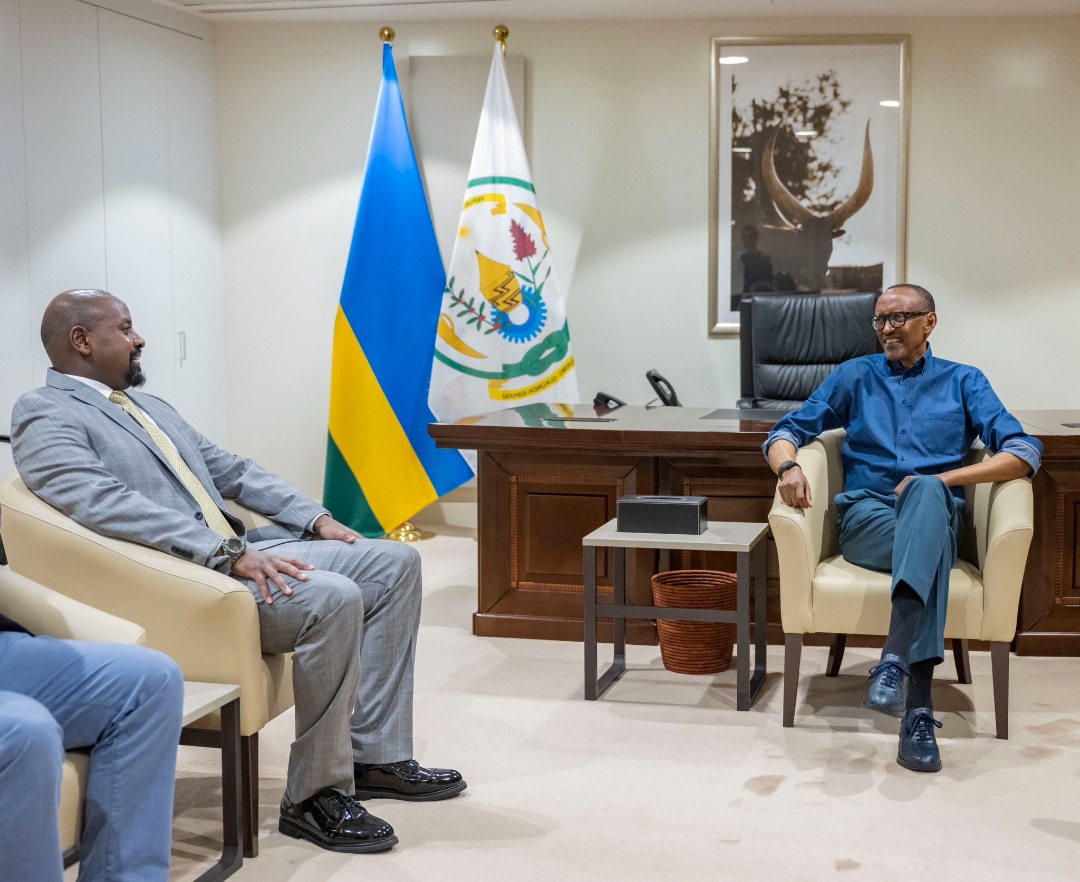 President Paul Kagame on Saturday met Gen Muhoozi Kainerugaba, Uganda’s first son and Senior Presidential Advisor in Charge of Special Operations, who is in Rwanda for a private visit.

It is the third time Gen. Muhoozi, who is also the former Commander of Uganda’s Land Forces, has visited Rwanda this year, the first visit having taken place in January, when he got involved in efforts to restore bilateral relations between Rwanda and Uganda.

Gen. Muhoozi, who has been in the news lately over controversial tweets, earlier this week tweet that he would be coming to Rwanda to spend time at his ‘Uncles’ farm but added that while he is no longer the commander of Uganda People’s Defence Force (UPDF) land forces, he is still committed to continuing his efforts of fully restoring ties between the two countries.

“I might not be CLF anymore but our commitments to Rwanda are unchanged! Any threat to Rwanda is a threat to Uganda,” Gen. Muhoozi tweeted. 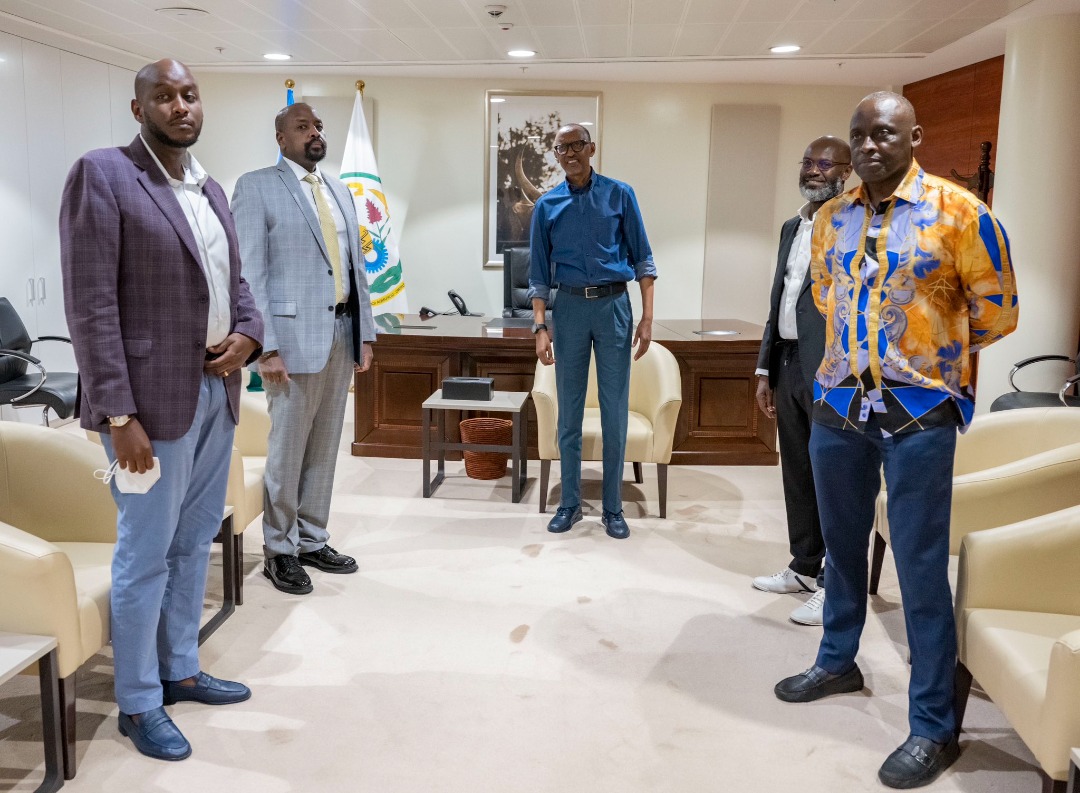 Muhoozi, who was in the news again this week over tweets about beautiful women, Russia and questioned why Ugandan girls go to the Middle East to work as nannies, is yet to share any posts about the visit. This week, Muhoozi hinted on the possibility of venturing into politics, tweeting that he can defeat Uganda’s opposition in an election because he is loved.

Both President Kagame and his father, President Yoweri Museveni have expressed concerns about Gen. Muhoozi’s usage of social media but the 48-year old General remains unfazed.

In Rwanda, Gen. Muhoozi is accompanied by journalist Andrew Mwenda and other individuals.