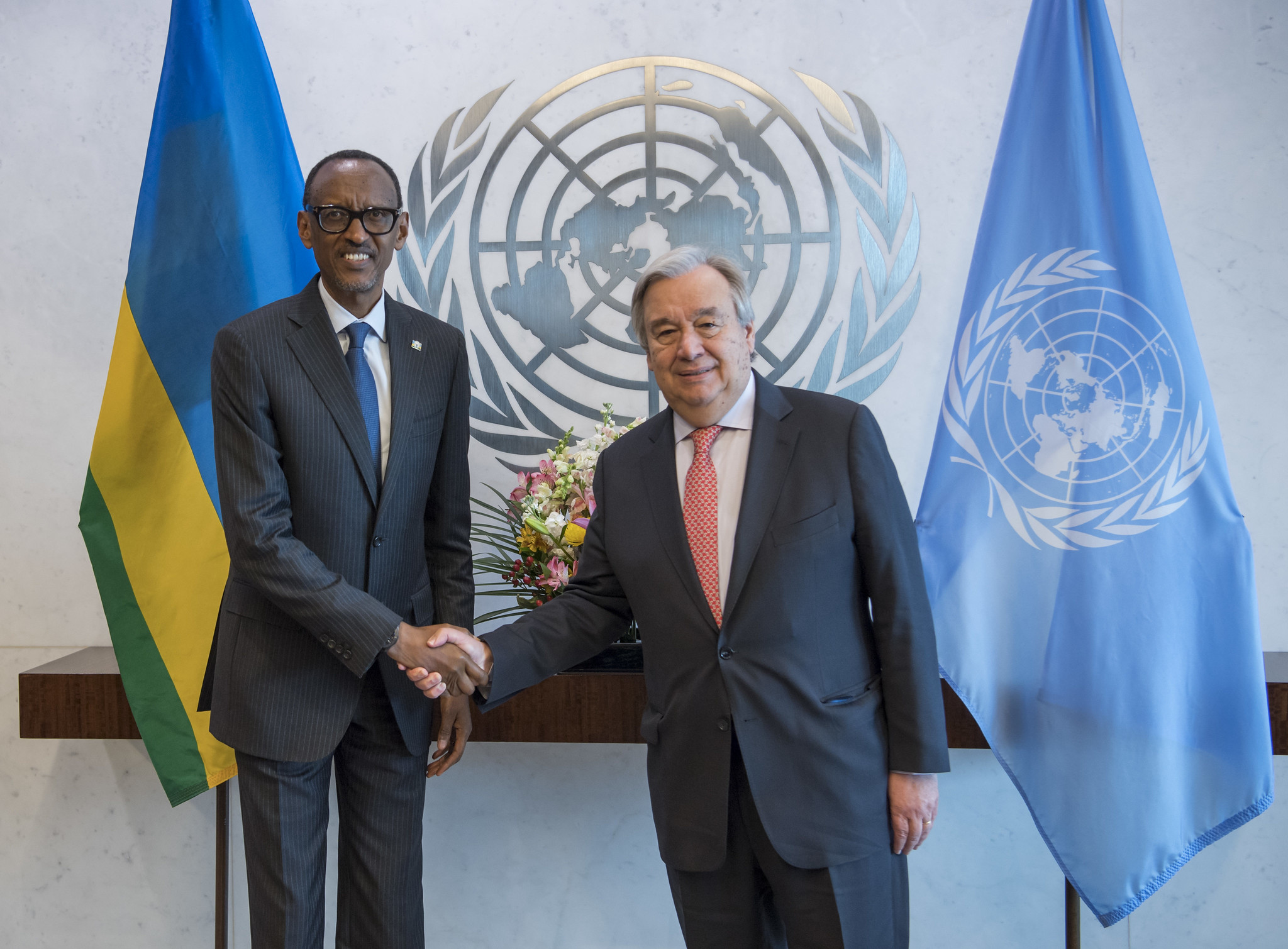 President Paul Kagame on Sunday had a phone conversation with the United Nations Secretary General, António Guterres, on the situation in the Eastern Democratic of Congo (DRC), during which they reiterated the importance of dialogue to de-escalate the conflict.

The talks came just hours after Kinshasa expelled Rwanda’s Ambassador Vincent Karega over alleged Rwandan support for the M23 rebels who are gaining territorial ground in North Kivu, in what they say is defence of their positions after government forces relaunched attacks on areas they occupy.

In a tweet, President Kagame said he discussed with the UN head ways of diffusing the conflict which has escalated tensions between Kigali and Kinshasa, as the rebels who say they fight for rights of Kinyarwanda speaking communities continue to  gain ground.

“Few hours ago I had a good discussion with the UNSG on the conflict in E. DRC. The ways and means to de-escalate…& address the issues to a peaceful end are with us building on the Nairobi, Luanda & other international efforts! We just have to commit ourselves to applying them!!!” President Kagame tweeted.

Previously President Kagame has reiterated the need for a political solution and dialogue to resolve the conflict, which mainly revolves around Kinshasa not abiding with the Nairobi peace agreement signed in December 2013 addressing the grievances of the M23.

A statement issued by the government spokesperson Yolande Makolo on Sunday said that Rwanda regrets the decision by DRC to expel its envoy, adding that security forces have been put on the alert by the border with DRC in preparation for possible aggression.

Rwanda also reiterated its condemnation of the collaboration between DRC government forces FARDC and the Democratic Forces for the Liberation of Rwanda (FDLR), which is one of the root cause of the conflict.

“The integration of the FDLR within the FARDC and their collaboration is directly linked to ever increasing hate speech and violence in DRC against Rwandans and Kinyarwanda speaking Congolese communities,” the statement said.

“It is regrettable the Government of the DRC continues to scapegoat Rwanda to cover up and distract from their own governance and security failures,” the statement adds.

It added that Rwanda remains committed to contributing to a sustainable, peaceful regional security solution within the agreed regional frameworks, including the Luanda Roadmap and the Nairobi Process.

Meanwhile the African Union on Sunday issued a statement expressing concern on the escalating conflict, calling for a ceasefire and dialogue to diffuse it as soon as possible.

“They call on all the parties to establish an immediate ceasefire, respect international law, the safety and security of civilians and the stability at the borders of all countries in the region,” the statement reads in part.

AU called on all stakeholders to engage in a constructive dialogue within the existing mechanism of the African Union’s Peace, Security and Cooperation Framework for the DRC and the region, and the East African Community’s Inter-Congolese peace dialogue. In this regard, they call all the parties to participate in good faith in the third Inter-Congolese peace dialogue in Nairobi from 4th to 13th November 2022.

The AU heads expressed their full support to the Luanda Roadmap aimed at normalising the political relations between the DRC and Rwanda stressing that the initiatives by the AU, EAC and ICGLR are complementary and mutually reinforcing.

President Sall and AUC Chair Faki Mahamat urged Angola’s President João Lourenço to continue with his mission as facilitator of a constructive dialogue between the two brother countries DRC and Rwanda. The Angolan leader recently sent a delegation to Kigali with a message to President Kagame and did the same with the DRC leader on Sunday.

Amavubi Back Home After Elimination from 2023 Africa U23 Cup Qaulifiers