The Truth About Muhanga Prison 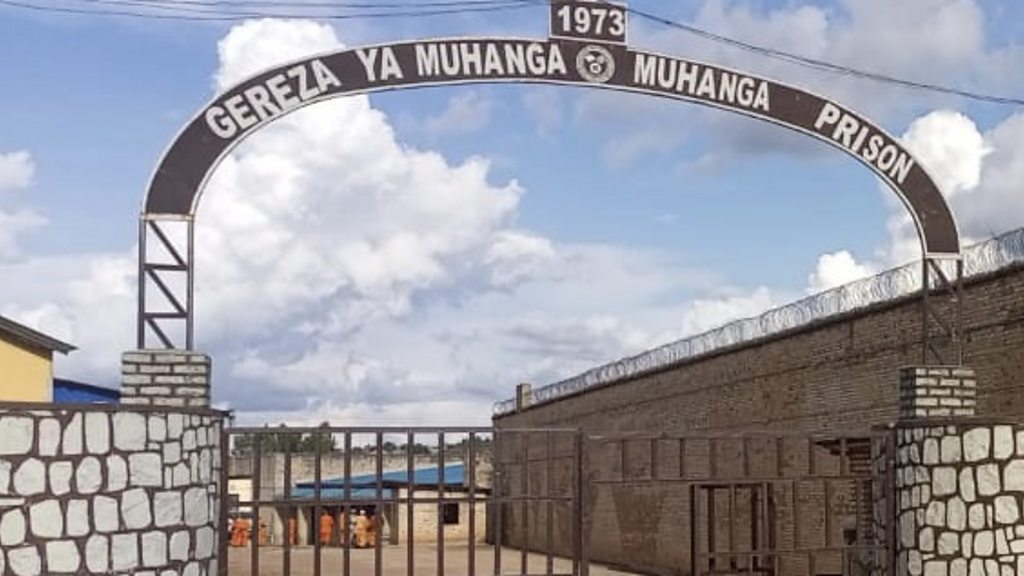 One morning I received a WhatsApp message from a colleague in Nigeria, asking me a shocking question: “I read something about Gitarama Prison in your country being one of the deadliest in the world, where prisoners kill one another to eat and stay alive. Is this true?”

I was shocked. In my whole life, I have never heard of any place in Rwanda where cannibalism is practiced. Even during the worst famines, like the one named Ruzagayura in the 1940’s, this has never been the case.

You might understand why my quick response was, “Definitely not true! Gitarama is my birth place. Today, the prison is no longer called Gitarama Prison, but Muhanga Prison, due to a new system of naming where prisons are named after a district where they are located.

Incidentally, my father was an inmate of Muhanga Prison in the 2000’s, meaning, I personally know the prison as I used to visit him there regularly. This is why I felt compelled to share some facts.

The part about Muhanga Prison being one of the most congested one, not in the entire world, but in Rwanda, is a fact. Yet, solutions have been sought over the years, and today Muhanga Prison is not overcrowded anymore.

Origin of overcrowding in Rwandan prisons

When the Genocide against the Tutsi was stopped in July 1994, Rwandan prisons held many prisoners beyond their capacity. Many were suspects who were implicated in the Genocide and others were in jail for trying to revenge or taking advantage of the chaotic situation to commit robbery and other crimes.

If we had to move forward as a country that was devastated by the Genocide, we needed to be strict with the rule of law and rights. That’s what Rwanda did. Emotions did not have a place in the aftermath of the Genocide. We committed together to stay united, be accountable and think big.

The overcrowding in prisons was a very challenging situation, first and foremost, for the Rwandan community. And so was giving justice to the victims of the 1994 Genocide against the Tutsi.

Long and deep national dialogue and consultations led to the idea of reviving the Gacaca courts. In ancient Rwanda, this kind of justice system consisted of the community electing people of impeccable integrity to serve as judges in a public trial.

Our homegrown solution, the Gacaca courts, provided justice to genocide victims, fostered reconciliation in our communities, and helped reduce overcrowding in prisons. Innocent inmates were released, same for the ones who had completed their prison sentences, while others were released before finishing their sentences to do community work instead.

Whenever I have a conversation with my father about his time in Muhanga Prison, he admits that there was a time when the prison was overcrowded. “But everyone used to have a place to sleep.” He adds.

Whenever we have this conversation, I notice how upbeat he gets when he talks about how he was asked to support the medical team because he was a Medical Assistant by profession. He transferred his medical knowledge to interested inmates, through practice and reading.

In Muhanga Prison, my father would wake up, put on an apron and start assisting the medical staff to treat inmates, side by side with the female nurse, Julienne. Though she did not have a bodyguard, Julienne never felt in danger during her years of service.

“Everything was in order, and there was nothing to be afraid of!” She told me. It is the same with Ariane who was six months pregnant when I visited the female inmates section of Muhanga prison in October 2022 and she was still serving as a guard [the female inmates have since been moved to Nyamagabe prison to create more space for the male inmates].

Ariane used to spend most of her time with the inmates’ under 3-year-old children in the infants’ room, where she cared for and taught them. Frankly, I doubt that in a prison considered the worst worldwide, where inmates kill each other and eat the dead, female guards would work safely, or female visitors would enter the premises unescorted.

An interesting aspect of Rwandan prisons is that inmates have their own system of governance. Muhanga Prison is considered the 13th Sector of Muhanga District in Rwanda’s Southern Province. Just like the outside world, the prison has administration cells, which are composed of villages, and each unity has an inmate leader.

Whenever inmates need to read or study their case files, or consult the e-court system, they are provided with a laptop.

Like in every Rwandan prison, every inmate has a right to basic needs: food, health care, cleaning supplies, time for sports, time to learn, time to practice religion, and so forth.

Families and friends are allowed to visit, and in Muhanga Prison visits happen every Saturday. Children under 14 have visiting time on a monthly basis. Before the Covid-19 pandemic, on  visiting day, visitors could bring extra food and other items. Today, one can send money to an inmate via the prison mobile money, a measure in place to limit the spread of coronavirus.

The inmates who learn vocational and technical skills produce items like shoes, baskets, and more, and visitors to the prison can buy them. This allows inmates to earn some money they can use in the prison canteen or send to their families.

Today, new changes are underway to reshape Rwandan justice and improve conditions for the inmates. Senior Superintendent (SSP) Pelly Uwera Gakwaya, the Rwanda Correctional Service (RCS) Spokesperson, is happy to note “the introduction of plea bargaining as an alternative to jail terms, the ongoing revision of the criminal procedure law, and conditional release proposed at least twice a year.”

As we progressively see the new measures taking effect overcrowding decreasing, SSP Gakwaya points out that “Rwanda is trying its best to manage the current inmates in line with international minimum rules for the treatment of prisoners called Mandela Rules.”