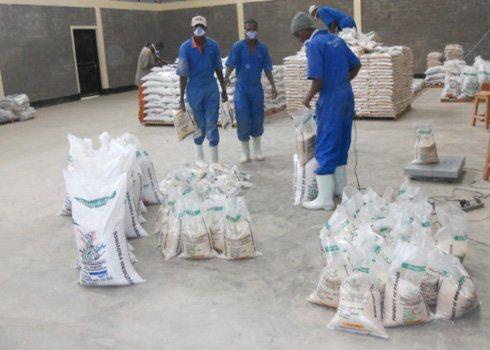 In most cases, malpractices of reducing rice content from the bags starts in the wee hours

Mid last year, during an editorial meeting, a colleague raised an issue of a coordinated mafia in the sugar, rice and salt business across Rwandan shops and stores.

Everyone got shocked. We started recalling how, in many instances, most of us, if not all of us, go to these shops and buy either a bag of rice or sugar without bothering to check whether they are full.

A debate ensued, prompting the editorial team to start investigations into the cartel. One of the sources who tipped us insinuated that the biggest mafia clique involved in the business is in Nyabugogo – the country’s busiest trading area in the capital Kigali.

The source also said that the clique operates in big warehouses and shops around Nyabugogo. Others, said the source, operate a few miles away in Gatsata and Karuruma in the outskirts of the capital Kigali.

Our source was cooperative – that he even wanted to show us different warehouses. A plan was made and KT Press started investigation across different corners around Nyabugogo.

According to our source, traders involved in this dubious business operate in a sophisticated way. They work in the wee hours.

“When it gets to the end of business, a team of casual labourers is hired. They spend the whole night emptying and uncovering sacks of rice and sugar. They deduct small quantities and pack them in new sacks, before sealing them later on,” the source said.

By early morning, the source told KT Press in a lengthy interview, that the team will have already packed hundreds of sacks drawn from original sacks.

For instance, said the source, “At least two kilograms of rice or sugar is deducted  from each sack of 25kgs, leaving it with 23 kilograms. Clients never bother to weigh before buying which leaves the wholesaler with accumulated quantities from these illegal acts.”

Literally, for a warehouse with 1000 sacks of rice, it means that, if 2kgs is deducted from each, that means the owner will have accumulated extra 2000kgs or 2 tonnes of rice untaxed. 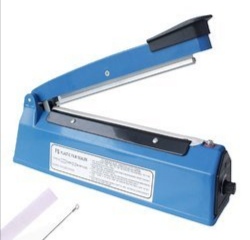 The bag sealing machine. They open a bag and reseal it in a way that the consumer cannot doubt its authenticity

To dig deep into how this illegal business is done, it took KT Press over six months – visiting the suspected places to look for any of the hired people inside the warehouses.

After a month or so, we finally met one of the boys we called Alex (not real name). We agreed on one thing; to enter the warehouse with a phone and capture the entire session.

The deal was sealed during one of KT Press meetings – in July last year, to be precise.

The following morning, Alex would call back.

“I need a Smartphone to use inside the warehouse,” he asked as the plan to start our investigations climaxed.

A Smartphone was provided, and KT Press reporters would, in a highly delicate communication, later meet Alex around 9 pm to finalise the deal.

It happened as planned. At that time, KT Press reporter met Alex, provided the Smartphone and left him for the job.

With silent communication in the first minutes, Alex came back and said one of his colleagues had suspected him – mainly because of the smartphone which, he said, was unusually detected among the peers.

The mission was temporarily suspended for the following morning. When KT Press reporters called Alex, his phone could not go through anymore. It went up to five days. Alex had gone quiet.

A week after, he called KT Press reporter. This time, it was bad news.

“I had been whisked away that night. I have just been released and I feel scared. This job requires another level of planning. I have failed because I don’t want to endure more arrests and beatings,” Alex, in a visibly traumatized mood, told KT Press.

We never ceased to push. Alex returned to KT Press for more meetings. However, after visibly expressing fear, he fell off the grid. His phone has since been off.

KT Press resumed the hunt for culprits involved in these dubious deals. From one warehouse to another, people pointed to us more places where the deals are conducted.

In Karuruma, a reporter of our sister website Kigalitoday.com was tipped about another warehouse. He went there.

An estimated 15 young men were playing at a small playground in front of a warehouse.

The source told him; “these guys start the job during the wee hours, but sometimes they even start towards 3 pm. You need to watch their movement; their boss holds a meeting with them before they get in.” 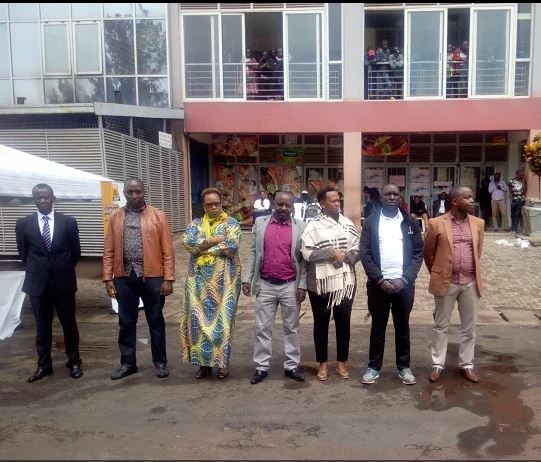 In fact, most people we spoke to admitted to being aware of a group of traders behind the illegal business. But all declined to help us get footage of the places and actions. They all agreed to share information but refused to do the job.

“This is a dirty business. Those involved are very dangerous people…they can harm you once you attempt to burst their business,” one of the sources in Nyabugogo told KT Press.

Until today, we have been trying out several options to expose the culprits and expose how they conduct the business with little success.

“It is becoming too much. Some traders go bankrupt because of these conmen. We have to stand and stop this vice,” Robert Bafakulera, the PSF chairman said during the meeting.

Zabron Gihana, a trader from Kigali said that it is a shame that his colleagues are involved in those cheap practices.

“Most victims are countryside retailers who buy commodities in Kigali. They have been complaining for some time now,” Gihana said.

He explained that some conmen withdraw as much as 5 kilograms from a bag of 25 kilograms.

“We don’t know much about the warehouses, because their malicious practices are done in a top-secret, but we shall work together to decimate this practice,” he said.

However, Laurent Sindayigaya Butera who is part of a team of traders that was put in place for the “hunt and arrest” mission, said they are getting some tips about traders who are involved in this malpractice.

“Some of them have been relocating their business to Kigali city outskirts after we discovered their malicious behaviour,” Butera said, adding that “Every trader and consumer should help us identify traders involved so that we stop it once and for all.”

Perhaps, PSF could help up accomplish the job we had started to burst the conmen, who continue to make the government lose millions if not billions of francs.