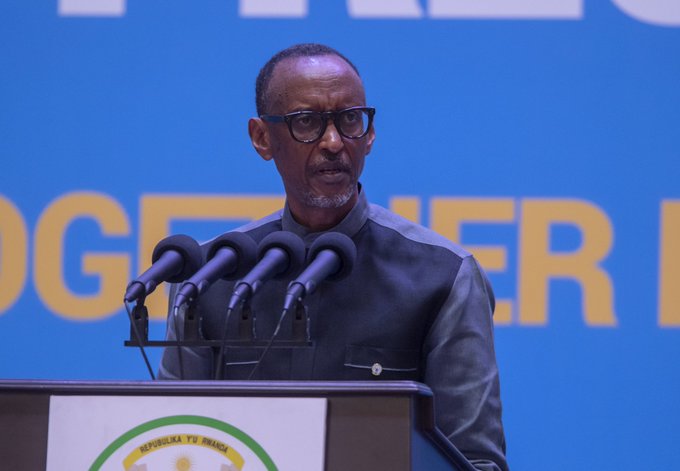 President Paul Kagame has reacted to the ongoing national police and drivers’ controversy about the alleged unfair fines for exceeding speed limits.

The President, while speaking during the taxpayers’ appreciation day said that concerned authorities should strike the balance.

“The speed should not be too low or high because we all know the consequences,” Kagame said.

“I have seen people on social media complaining about the traffic penalties. People are paying all the time for going beyond 40 km/hr. And that speed is for some of us who walk. The speed should not be too low or high because we all know the consequences. I have spoken to the Police officials so that they address the issue,” President Kagame said.

The president said the speed should not be too law to stop people from going where they want to go.

Since last week, drivers have been complaining about ‘unfair’ fines recorded against their vehicles, saying they do not correspond to the speed limit sign posts.

Police say that drivers are only making excuses.

“People want to drive the same way they have been doing 20 years ago. They should refrain from this old perspective, and follow emerging technologies including speed limit signposts and road cameras,” Police Spokesman, CP John Bosco Kabera said.

Drivers claim that they don’t have any issue with the speed cameras but they file objections on rules and penalties related.

President Kagame said that it is possible that policemen wanted to ‘increase the money.’

“I think they(police) were trying to bring in more money more than anything else,” said President Kagame sending the audience to excitement.

He said that in the audience itself, it was clear that people wanted this change but the Head of State proceeded to react on all the issues that have been trending over the matter.

“Some people have said that they sometimes drive but cannot see the sign posts indicating the speed they are supposed to use when they reach certain areas,” Kagame added.

“There are some areas where you reach and find a sign post of 50km/hr., meaning that you should not exceed the speed of 50 kilometers per hour, but after seeing the post. When there isn’t a sign post, how do you know it? So, there are signposts or other signs that direct people. There is a speed that should be used to prevent consequences, bad consequences to the pedestrians, other drivers and motorcyclists.”

The President further said: “We don’t want accidents caused by high speed, but still people should be considerate. I was informing you that I saw it, people discussing it and wanted to know the truth of the matter, now I can see that you were also among them.”

The president who follows keenly all the matters across the normal life of the community said: “I have seen that everywhere and I wanted to go into the bottom of it.” 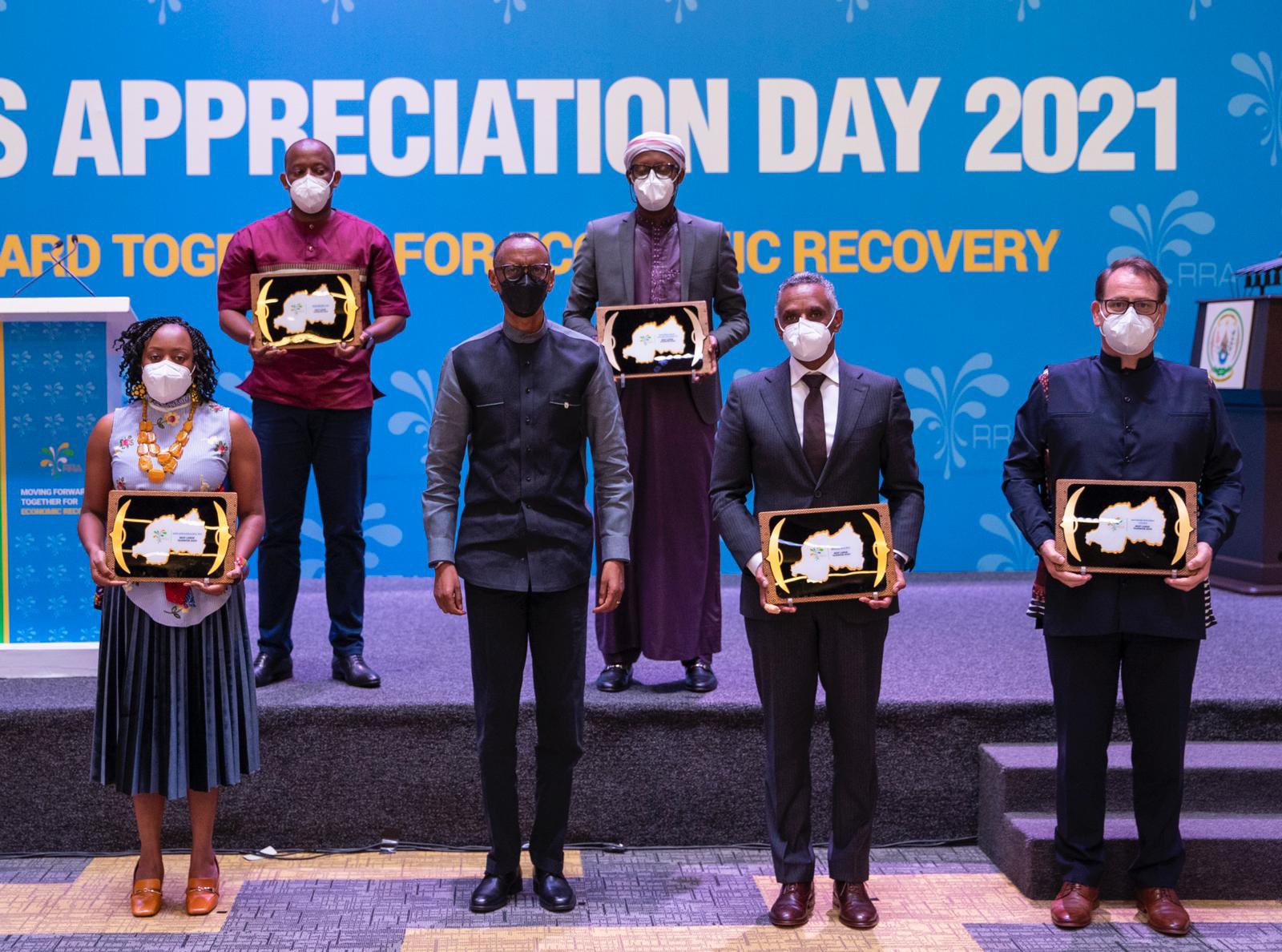 During the event, thirty-two best taxpayers were awarded for their contribution to the country’s development.

Speaking about the taxpayer’s, president Kagame pointed out that paying taxes may feel like a sacrifice, but it guarantees long term self-reliance.

“I commend the resilience of Rwandans and I remind you that we should stay the course and keep working hard,” Kagame noted.

Last month, Rwanda Revenue Authority (RRA) said that it had exceeded revenue collection targets for the fiscal year 2020/2021 by over Rwf 60.1 billion, with revenue performance at 103.8%.

According to RRA, the total tax and non-tax revenues collected is Rwf1,654.5 billion compared to the targeted Rwf1,594.3 billion. 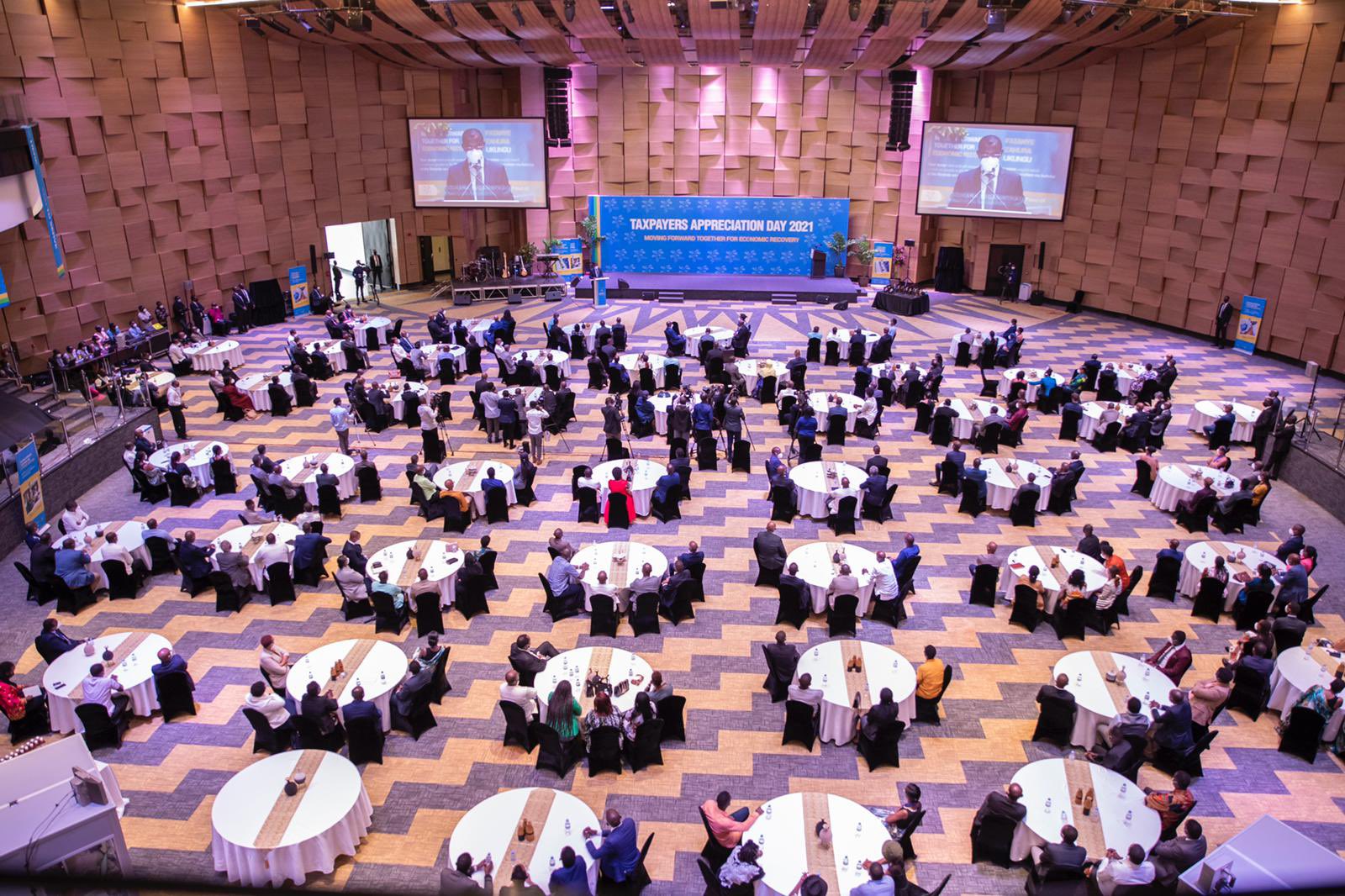 Considering the previous fiscal year 2019/2020 the revenue collection increased by 9.4%.

Jean Louis Kaliningondo, the Deputy Commissioner General of RRA says that good revenue performance of 103.8% resulted from resilience and commitment of the taxpayers, but also the efforts put in place by the government to support businesses from recovering from the effects of Covid-19 pandemic.