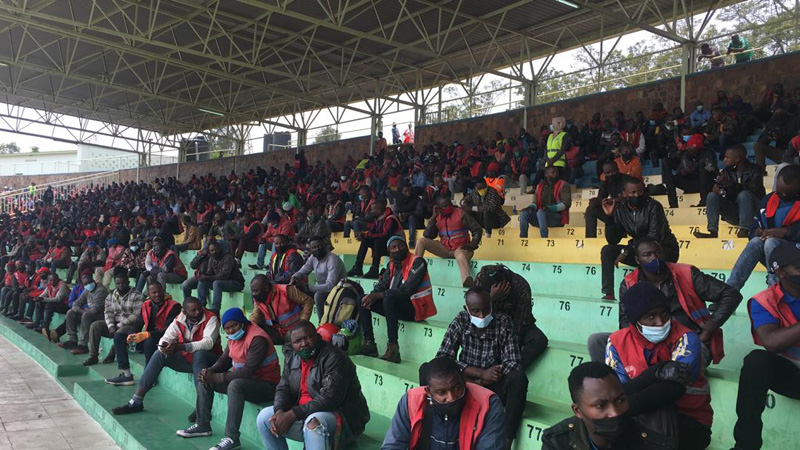 Complaints taxi moto operators have been raising for a couple of years have been heard and addressed by Ministry of Infrastructure and other relevant institutions, sending a relief in the community with scores of dependents.

The Minister of Infrastructure Ernest Nsabimana this morning convened the motaris at Nyarugenge regional stadium. They responded in thousands, and they heard several good news.

The Minister said that, the 41 cooperatives of moto operators from Kigali will be combined and brought to 5 cooperatives.

The Minister announced a decision that was taken to exonerate motaris from the tax arrears.

They were also told that, those who are operating without required driving licenses and other required documents will be given an opportunity to acquire them through existing legal means.

Meanwhile, the transfer of moto sale agreement which has always brought a headache to legalise has been sent to Rwanda Cooperative Agency(RCA) to handle.

The issue of increase of motor insurance that has been in the limelight was also said to be under review while the unit price for a single ride has been increased to Rwf 400 from 300.

The later will also go alongside the review of “smart meters”.