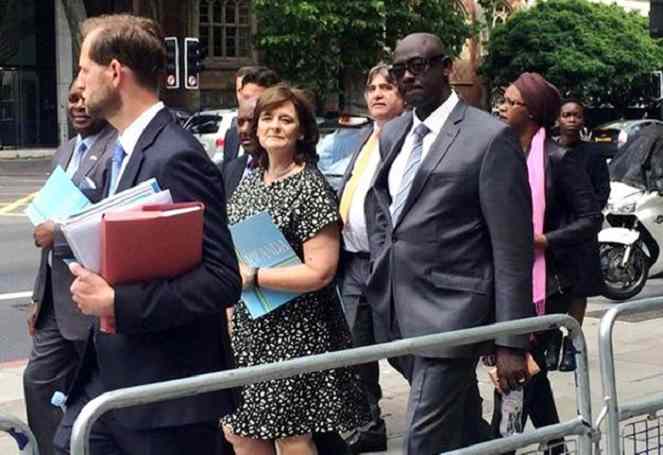 Rwanda has assembled a team of lawyers including the wife of Tony Blair (in dress). They managed to secure bail for their client Gen. Karenzi Karake

Rwanda’s head of Intelligence Gen. Karenzi Karake 54, has been granted bail at the Westminster Magistrates court in London after a dramatic negotiation.

The Rwandan High Commison in London had placed £ 200,000, but the judge insisted it must be not less than £1 million and demanded the general report to court regularly.

Gen. Karake, who was arrested on “Spanish Arrest Warrant” on Saturday, had earlier submitted to British court that he doesn’t consent to extradition to Spain.

President Paul Kagame has described the arrest as a form of “western arrogance and contempt”.

“What right does this country (Britain) have to arrest him in this manner? None of them have any basis other than absolute arrogance,” he said.

A judge at Spain’s National Court on Wednesday “made a formal request” for Britain to hand over the suspect.

Meanwhile, Rwanda has assembled a powerful team of lawyers to fight for the release of defend arrested the country’s head of intelligence.

Part of the defence team includes Cherie Blair, wife to former British Prime Minister, Tony Blair, who is a personal friend and advisor to President Kagame. 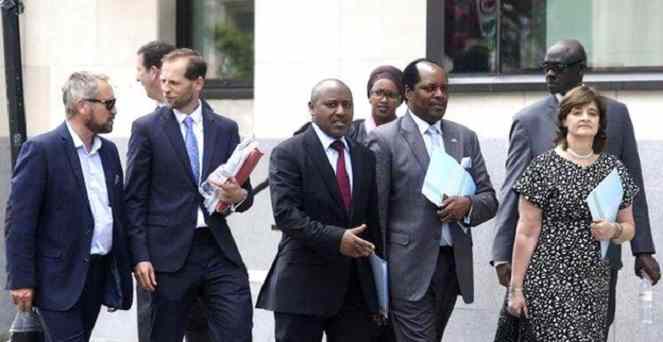 Rwanda’s team after securing a £1million Bail for Gen. Karake at Westminster Magistrates court in London. 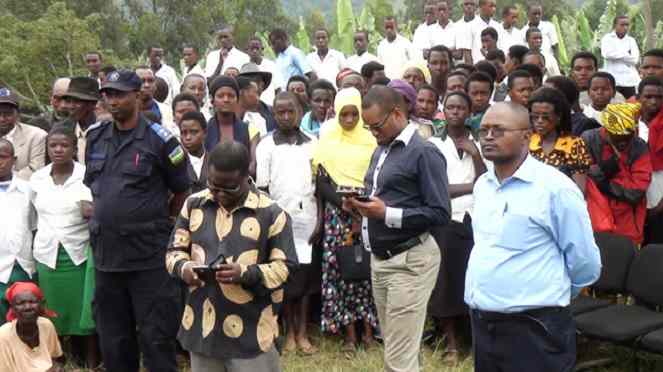