Rwanda Revenue Authority has released a list of over 250 foreign and locally owned businesses who swindled a total of Rwf 62 billion in tax arrears.

Josephine Uwamwezi, owner of Lacomette, a clothing shop in city of Kigali and Restaurant Ma Colline also in Kigali down town have not paid their dues.

There are also 94 Rwandan firms and 25 foreign.

Thirty others are foreign with limited shares and 34 Rwandan with the same status.

In category of sole proprietor companies, Rubirizi Dairy, whose products were once banned over standards is also in the black book.

KT Press has established some businesses collapsed because the owners are not alive, others are owned by renowned business people and public figures, but chose to abandon them.

Meanwhile, Drocella Mukashyaka, deputy commissioner in charge of the taxpayer services department declined to expose the amount each business owes the state.

Most tax evaders are companies owned by East Africans and investors from Middle East.

However, RRA commissioner general, Richard Tushabe, said the list includes people currently in business. “We called them, agreed upon some payment procedures, which they did not respect. This time if they fail to comply, we shall take other measures.”

He said that whether abandoned properties or not, whether owners are around or not, the tax payers money will be recovered. “If the last option is to auction properties, we shall do it,” he said. 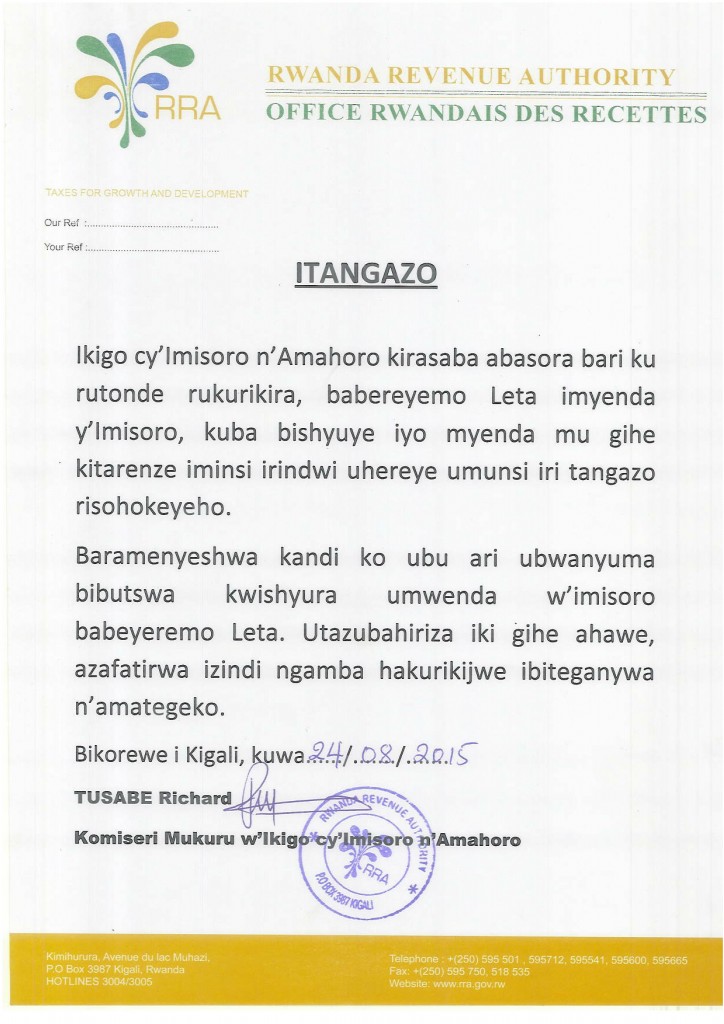 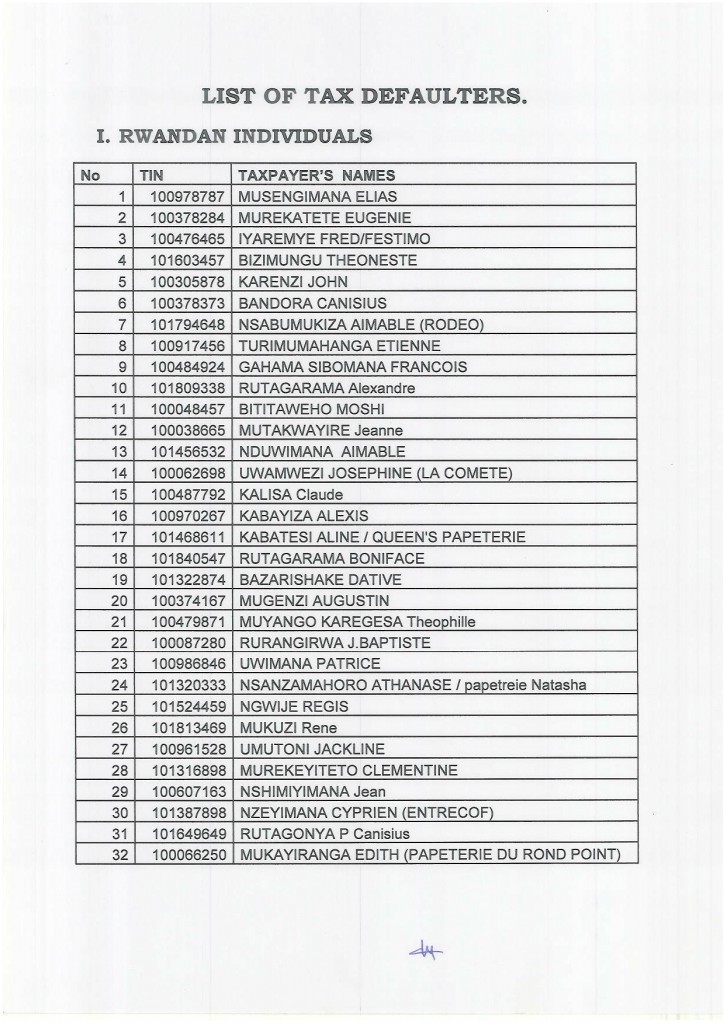 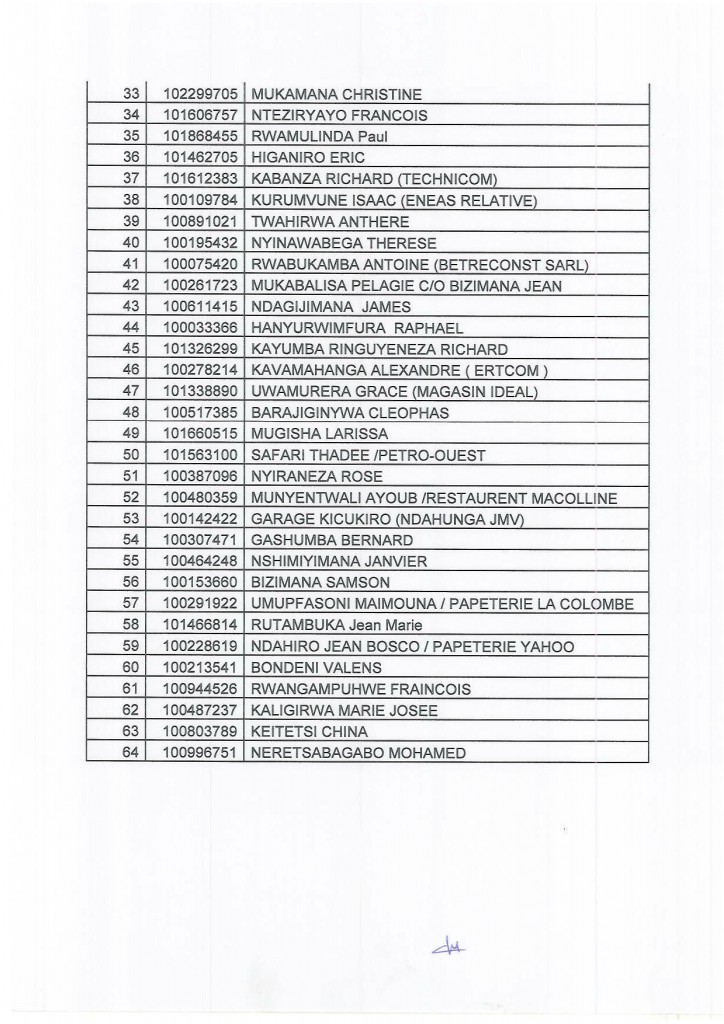 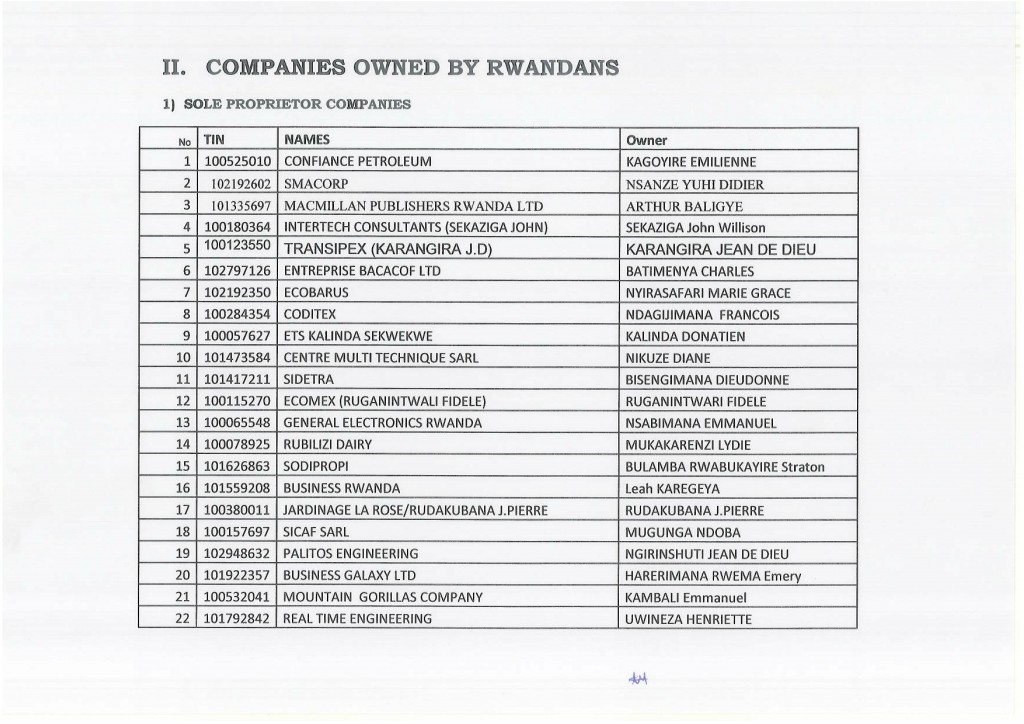 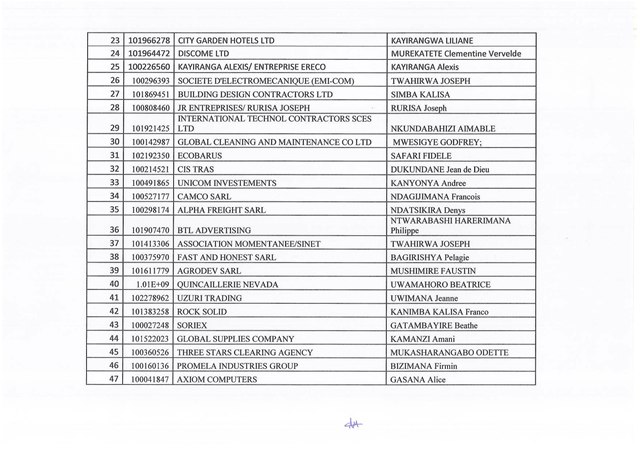 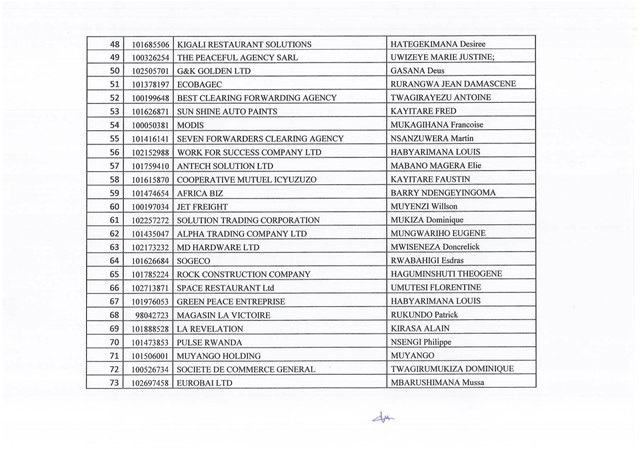 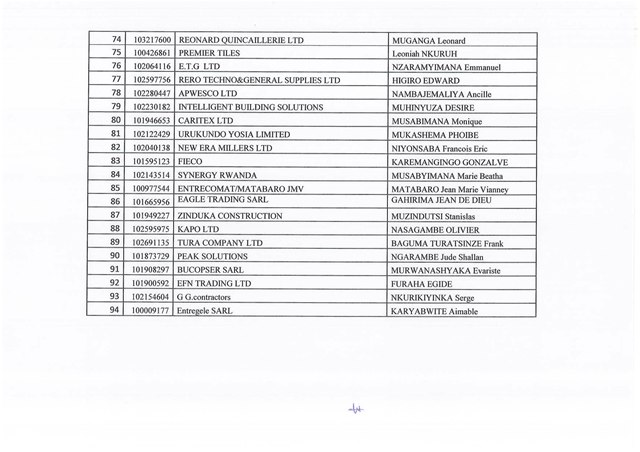 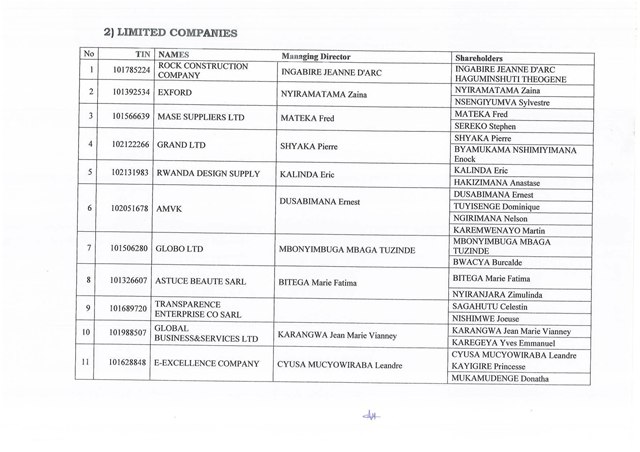 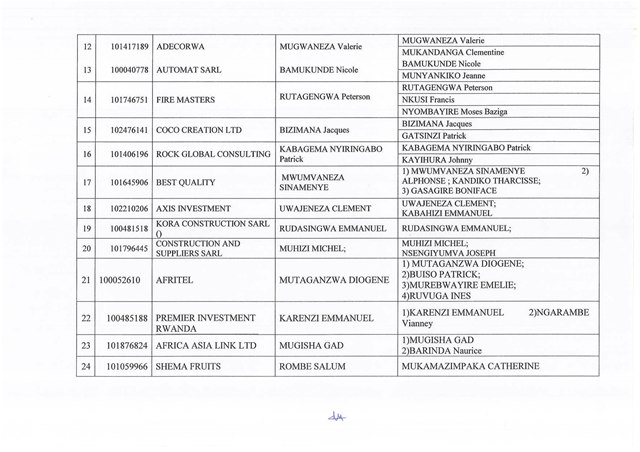 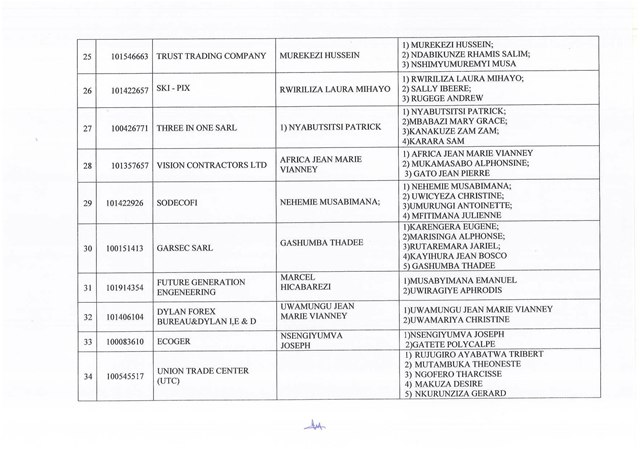 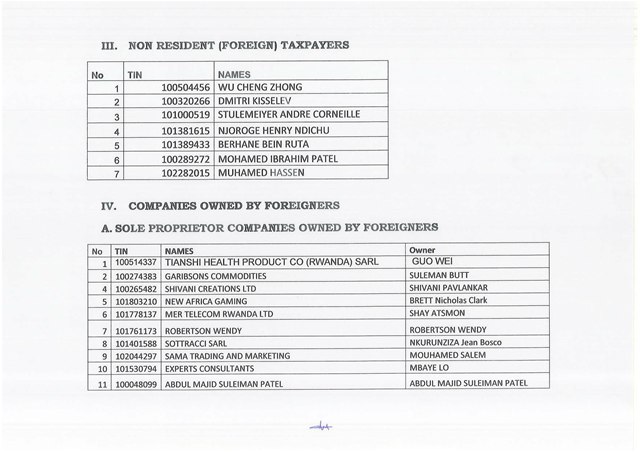 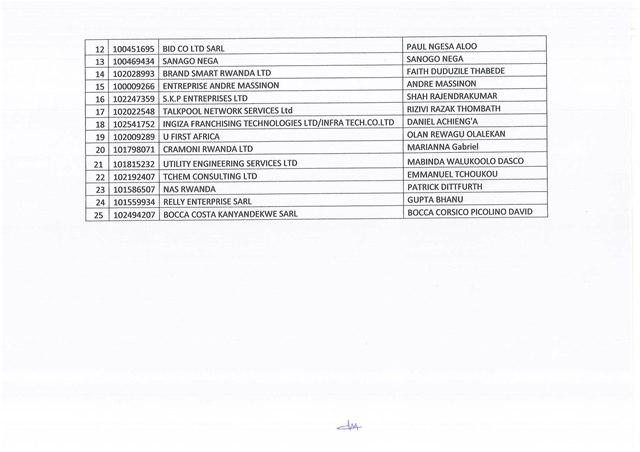 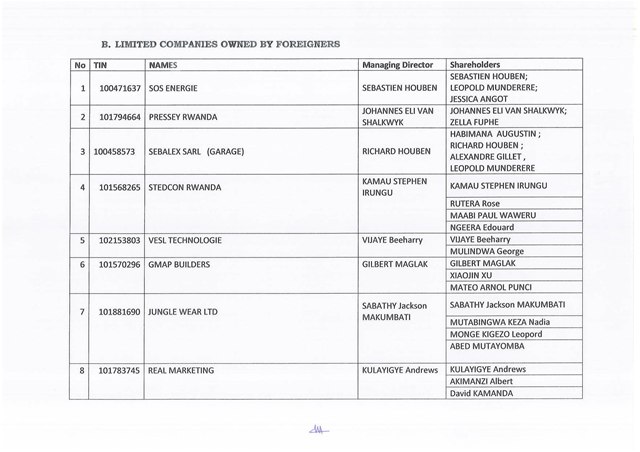 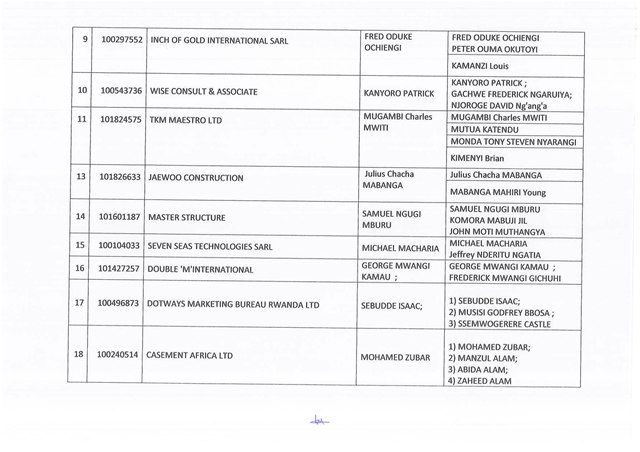 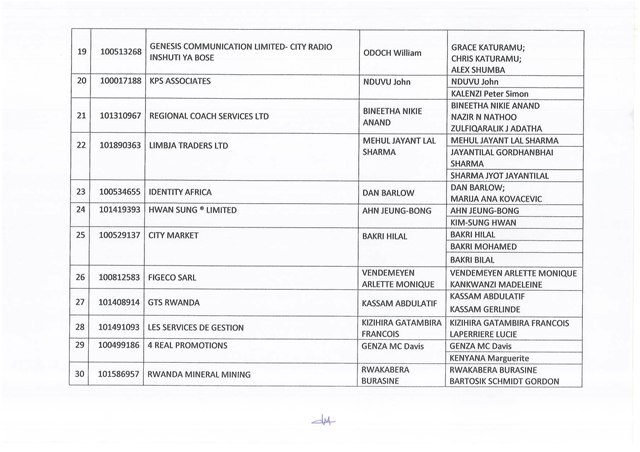