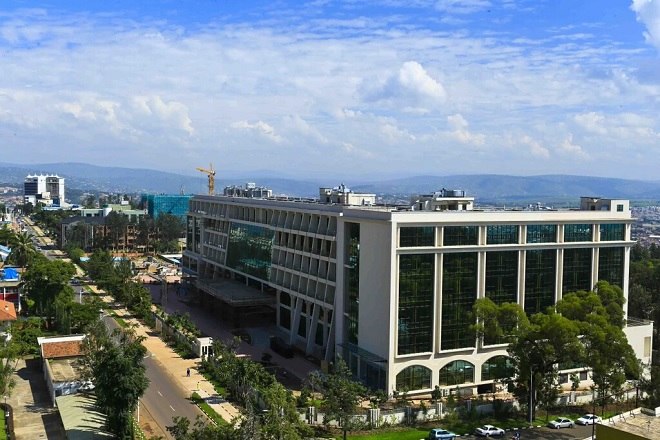 It is unusual for Medical Doctors to mobilise millions of dollars and invest in a multi-million dollar and bankable venture.

In 2015, however, three big brains in global health, Drs. Paul Farmer, Peter Drobac, and Agnes Binagwaho; Rwanda’s Health minister, were able to mobilise enough money for what turned out to be Rwanda’s biggest investment of the year.

Equipped with an array of academic and extensive expertise from implementation experts to educators from leading academic medical institutions, including Harvard Medical School and Tufts University’s Cummings School of Veterinary Medicine, the doctors established the University of Global Health Equity (UGHE).

The world-class health sciences university, owned by Partners in Health, an American health organisation, is worth $150million.

A slightly similar venture, the third largest investment in terms of cash volume, the African Leadership University, also injected in $100million to offer higher education to students in Rwanda and the rest of the continent.

The second biggest investment was $113.5 million by Meshpower, a British energy firm, that is installing solar-powered micro grids to provide electricity to off-grid rural areas.

KT Press has exclusively learnt from Rwanda Development Board that the country registered $1.124billion from 144 projects in 2015. Ten of the total projects worth $44.8 million were registered in December alone.

However, the target ($230million) for the service sector was exceeded by $210.62, mainly because of the  large volume by the third top investors.

Construction, ICT and tourism failed to hit the target respectively. There is no assessment provided to explain the cause.

However, inconsiderate of the targets, the top three sectors in terms of value registered were, services with $440.60million, energy and water with $243million and construction that attracted $126million.

On the other hand, however, the top three sectors in terms of number of investment projects registered out of the total 144 from the eight sectors, were services with 35,  followed by manufacturing with 35 and then agriculture with 24.

In spite of falling short in the target, the volume of investment for 2015 were way higher than those registered in 2014. The number of registered projects and dollars invested were way below those of 2015.

Interestingly though, USA continues to be Rwanda’s leading source of investment flow. 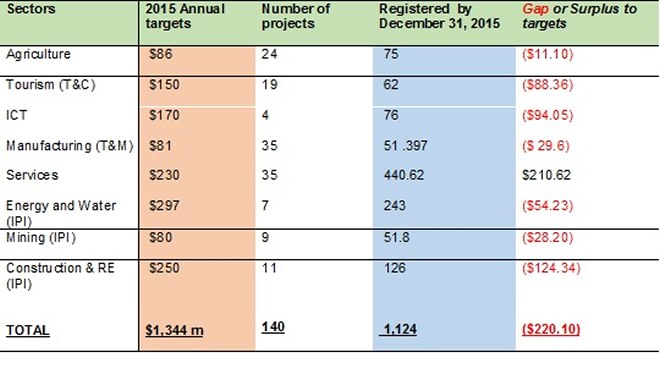 Rwanda Will Not Cut Fuel Prices Despite Global Price Drop