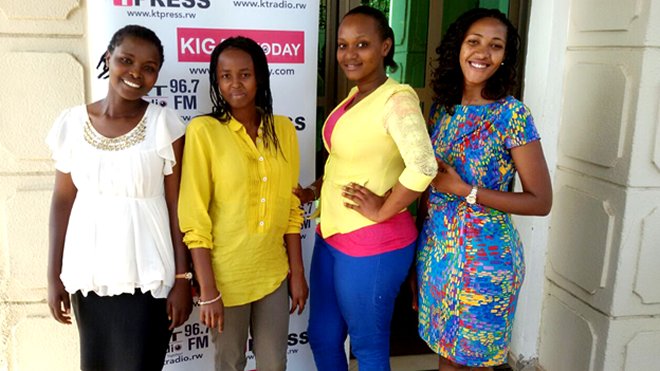 This Saturday, April 30, a group of Rwandan girls talented in technology will be presenting highly innovative projects in a tight race where the winner will be crowned Ms Geek 2016.

The competition known as Ms Geek held annually and this being the 3rd edition, seeks to demonstrate that girls and young women can also excel in technologies and build their confidence in competing in the open market.

Ms Geek competition is founded by Girls in ICT, an initiative that encourages young girls and women to pursue careers in the field of science, technology, and mathematics (STEM).

“In December 2011, we came together to inspire more girls into STEM. Most of us work in different sectors but related to technology. However, a few are still students,” Lucy Mbabazi, the President of Girls in ICT told KT Press.

Mbabazi is the country manager for VISA International.

She says that realising there was a national beauty pageant Miss Rwanda,  Girls in ICT decided to establish a similar competition but with criteria based on technological innovation. They named it Ms Geek.

Merab Twahirwa, a member of Girls in ICT and the communications manager says, “Ms Geek is a project. We are checking the brains. We don’t care about beauty but how you can do analytics and understanding world’s problems and solving them using technologies.”

Twahirwa is a software developer at Pivot Access, a software company in financial technologies and payment solutions.

Meanwhile, the first Ms Geek edition was held in 2014 and attendance was challenging.

However, Mbabazi says the 2015 competition was a success and is confident the 2016 will be very successful.

Unlike the Ms Geek 2015 which was about solutions to education challenges, the 2016 edition has been broadened to four sectors including; finance, health, service delivery and security.

The competition involves several candidates presenting their innovative projects from which the candidate with the best project becomes Ms Geek.

Some of the five finalists from 130 applications include; Ange Uwambajimana a student at Tumba college electronics and telecommunications second level. Her innovation is about automated monitors of IV-drips on patients.

She says her technology can monitor IV-drip levels. A censor is placed at the drip and will send a message to the doctor’s phone to signal that the patient needs another drip.

In 2014 when her brother was admitted to a hospital, Uwambajimana was disturbed every time running to inform the doctor that her brother needed another IV-drip and sometimes the doctor would delay.  She thought of a solution that would send a direct message to the doctor’s phone.

Another competitor Faridah Umutoni 20, from Akhila Institute for Women, studies information systems in first year. Her project is about meeting doctors online. It’s a web based and mobile application.  One can use a phone to interact with the doctor to save time and resources.

Then Rosine Mwiseneza 21. Noticing that a large population of Rwanda is highly engaged in agriculture, Mwiseneza, a second year Business Management student thought of an innovation that would trigger automated irrigation.

Winners get cash prizes and electronic gadgets including laptops and smartphones. The Overall winner gets continuous support and mentorship to ensure the project reaches fruition.

Why Is Lake Kivu Changing Colours?