DRC Arrests FDLR Chief Of Staff, Refuses To Extradite Him 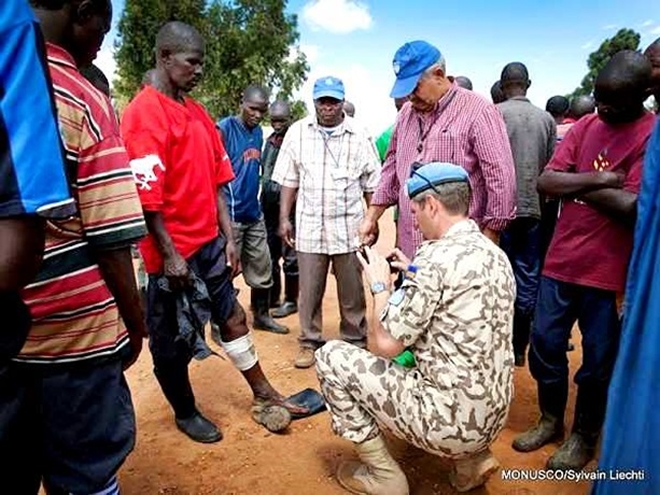 Mujyambere, also with aliases Musenyeri; Achille; Frere Petrus Ibrahim – was intercepted in Goma city – capital of North Kivu province on his way from South Africa via Zambia. Under UN sanctions, it is not entirely clear what he had been doing in South Africa.

While in Goma today,  Mujyambere was tracked down by the Congolese national intelligence agency ANR (Agence Nationale des Renseignements ). He was later whisked away and flown to the Capital Kinshasa.

The Congolese intelligence has kept the development a tight secret but highly placed sources in the UN mission known as MONUSCO have told KT Press that Kinshasa is only willing to handover Mujyambere through diplomatic channels.

FDLR listed as a terror organization by the United States – continues to wreak havoc committing war crimes and human rights abuses in DRCongo. The combatants regularly carry out rape, extortion and killings against Congolese civilians.

In evidence collated by the UNSC DRC Sanctions Committee Group of Experts, detailed in its numerous reports, girls recovered from FDLR-FOCA had previously been abducted and sexually abused.

Since mid-2007, FDLR-FOCA, which previously recruited boys in their mid to late teens, has been forcefully recruiting youth from the age of 10 years.

The youngest are then used as escorts, and older children are deployed as soldiers on the frontline, per Security Council resolution 1857.

The rebel outfit is comprised of soldiers and interahamwe militia who executed the Genocide against Tutsi in Rwanda in 1994 – and fled to now DRC.

Mujyambere has been working closely with Sylvestre Mudacumura the overall commander of FOCA the military wing of the FDLR rebel group. Majyambere is said to be among the top hardliners in FDLR.

With more than 3400 combatants spread across large sways of Congo – and still recruiting, the FDLR has refused to disarm despite several deadlines it has ignored.

It claims to have surrendered its combatants reaching about 300 – but a review found nearly all were about to die due to poor health, old or severely injured. 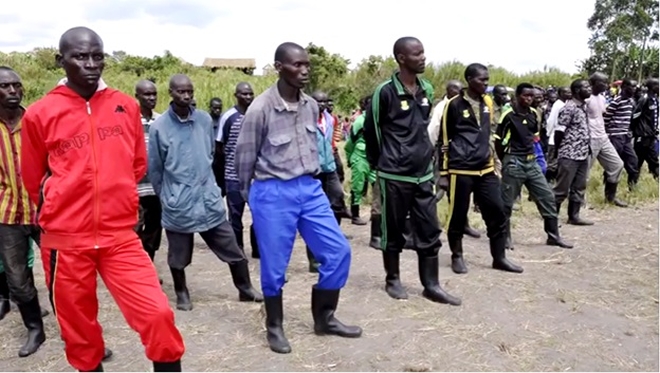