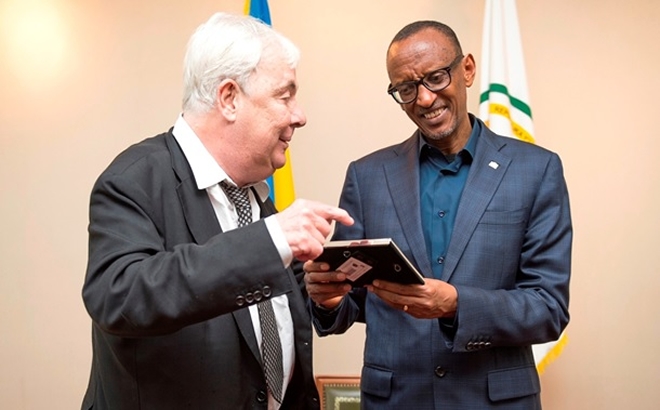 Hamburg Society for Promotion of Democracy and International Law will fund construction of 100 schools of excellence across Rwanda.

The new schools are part of ‘Schools for Africa’ initiative co-founded by Peter Kramer-an American philanthropist and founder of Hamburg shipping company Marine Service in partnership with Nelson Mandela Foundation.

Peter Kramer told KT Press he would love to invest more into Rwanda’s education sector, given a green light from the government.

“My 10 years personal friendship with President Paul Kagame has seen us exchange a number of development ideas including supporting education sector in Rwanda,” Kramer said.

Kramer’s funds will be channeled through UNICEF, a key beneficially of his philanthropy works.

In 2005, the Hamburg ship owner Kramer announced €3.8 million funding for “Schools for Africa” initiative. Rwanda, and five other African countries including; Angola, Malawi, Mozambique; Zimbabwe and South Africa, has benefited from the funds through UNICEF.

A total of $30 million has been raised to support beneficiary countries of the ‘Schools for Africa’ initiative. For Kramer, Rwanda’s focus is partly due to his close bond with President Kagame.

The State Minister in the Ministry of education, Olivier Rwamukwaya said that Rwanda has received funding for education projects worth $13.5 million since 2008.

The projects, he added, include 10 Early Childhood Development Centres across the country, construction of 7 pre-school centres as well as capacity building among teachers and staff.

“We are engaging these partners in development of both pre-school, primary and secondary schools across the country,” said Rwamukwaya.

With the country’s 20% of national budget, approximately $494 million of $2.47 billion going to education.

Kramer, who met President Kagame at his office in the capital Kigali today, said Rwanda has showed the world its stance in developing education.

Rwanda has already set the bar high in its education sector with 97% enrollment in schools, despite having been devastated by 1994 genocide.

With the country’s 20% of national budget, approximately $494 million of $2.47 billion going to education, Peter Kramer, who met President Kagame at his office in the capital Kigali today, said Rwanda has showed the world its stance in developing education. 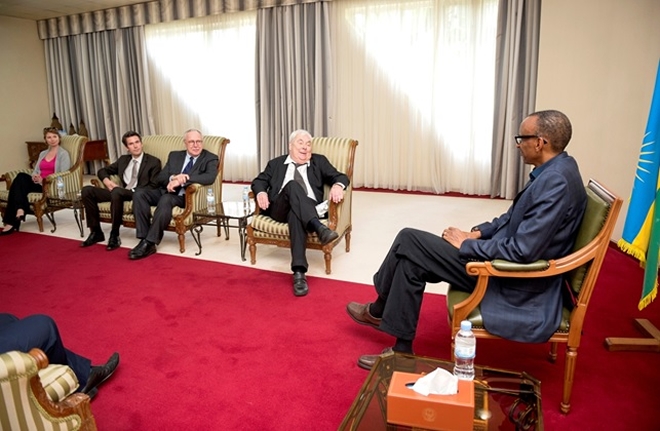 President Kagame meeting members of Hamburg Society at his office

DRC Arrests FDLR Chief Of Staff, Refuses To Extradite Him