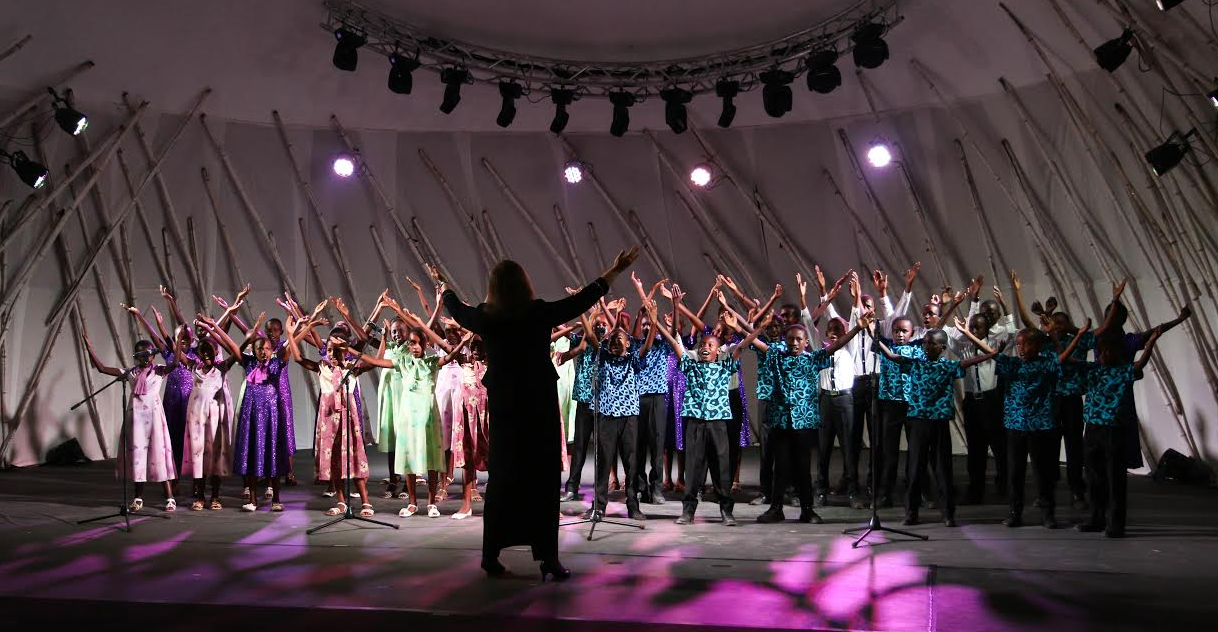 performance at the Amphitheatre

As the sun fully set shutting down the skies, a chain of coloured lights switched on at Kigali Genocide Memorial Centre amphitheater where hundreds anxiously waited for the launch of second edition of Ubumuntu Arts festival.

At exactly 7pm, everyone at the memorial stopped for a moment of silence to honour victims of the 1994 genocide against Tutsi.

The festival plays, drama, dances and theatre performances will take place at the Amphitheatre a site where 250000 victims of the genocide are buried.

Kick starting the festival, Nyamata children’s choir from Rafiki Foundation, took to the stage and sung  ‘Dry your tears Africa’ an emotional song that touched hearts of many.

A performance named ‘Friendship’ a collaboration between Rwanda and USA featured contemporary dance exploring the concept of friendship.

The festival performances continued creating a general feeling of friendship at the Amphitheater as the moderator kept commending the audience their duty to the cause of humanity. ‘I am because you are. You are because I am’ which is the theme.

Rwanda based Ishyo Arts Center also performed ‘My little hill’ capturing every one’s attention as they explored the complex origin, expression of conflict, but mostly was a celebration of cultural diversity and life.

The first day of the festival closed with a performance of the Rwandan ‘Africa’s Hope’, by the Mashirika Performing Arts and Media Company.

Uwase Yvonne who had attended told KT Press that ‘This is a wonderful beginning of the festival’ and she is looking forward to seeing more performances celebrating humanity.

Many of the cyclical themes repeated were forgiveness, race, hate, love, war, gun violence and unity.

Bonheur Pacifique of Aegis Trust said that art is an important tool that can be used in the prevention of crimes against humanity.

“I believe art is one of the tools and languages that can be used to help us in creating peace, and I also believe that others can also use it to prevent any eventual crime against humanity,” he said.

According to organizers, the 4 day festival will continue hosting performances including; dance, songs depicting genocide and other themes like violence, conflict. All this is aimed at promoting dialogue in communities and preventing crimes against humanity.

Today’s performances will be dedicated to ‘Women’. Among the plays there will be ‘Mother to Mother’ from South Africa, ‘To be or Not to be’ a Rwanda-Switzerland collaboration, ‘Afro Man Spice’ from Uganda, ‘Kivu’ from Burundi among others. 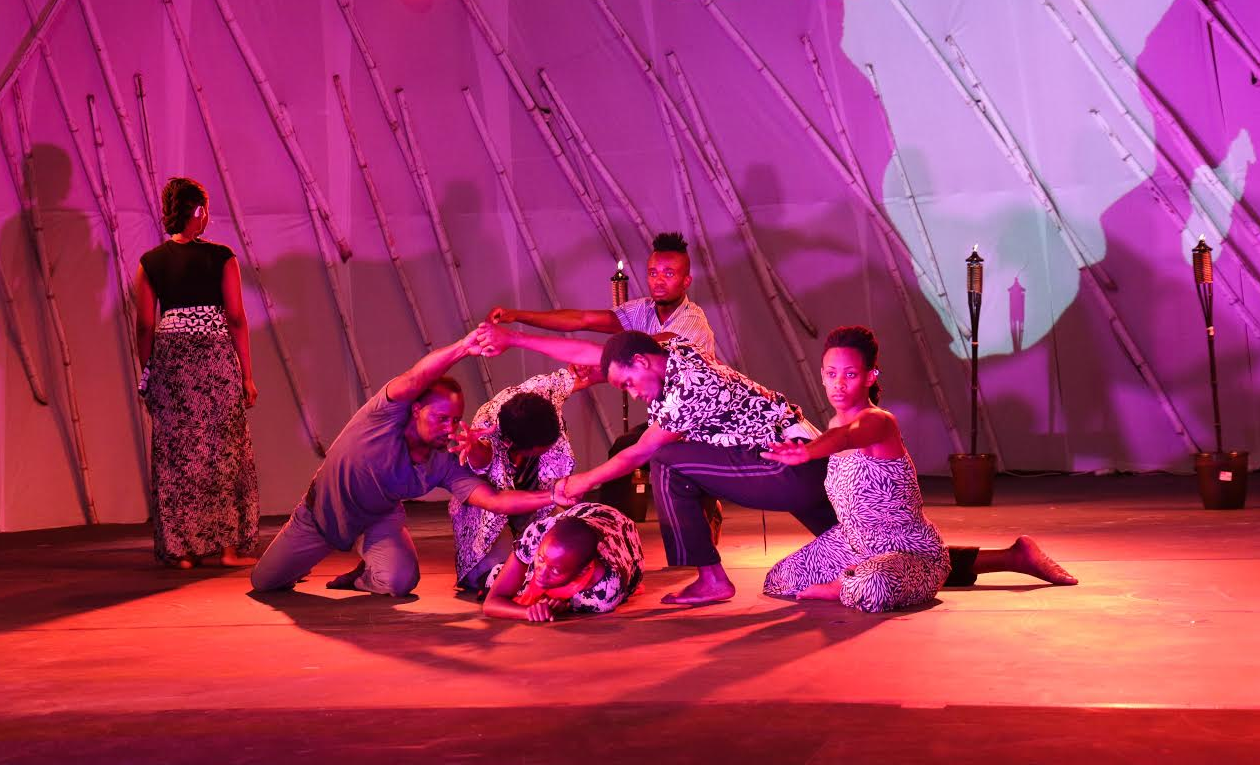 A group performing a play