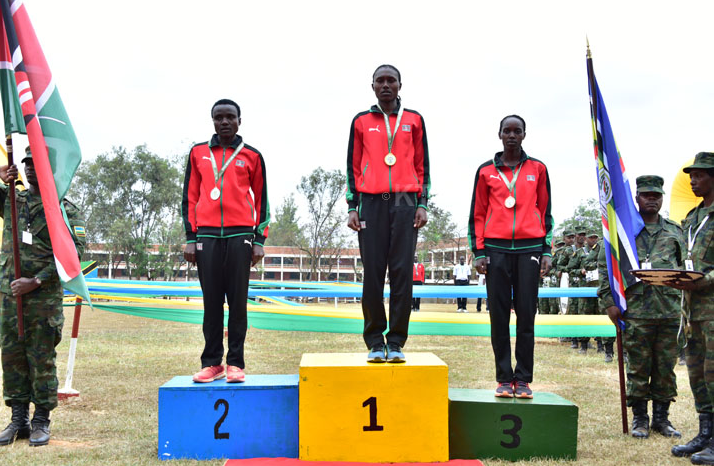 Kenyan Team get medals at the East African Military Games and Cultural Event in Kigali,Rwanda

Kenya has secured two consecutive wins in the regional military games and cultural event, to send an early warning that the country may dominate the tournament.

The 10th edition of the East African Military Games and Cultural Event that flagged off on Monday in Kigali, attracted participants from; Tanzania, Uganda, Kenya and Rwanda .

Kenya has already won the 10 km race both in male and female categories. The games took place at the Kicukiro polytechnic stadium today.

In the male category, Kenya’s Emmanuel Kipsang, who was selected for the  the 2015 Athletics Kenya World Championship Trials won the race after clocking 27’15″68’”, followed by two compatriots; Flanklin Celel and Stephen Arita.

A Rwandan, Nzirorera Joseph emerged in 8th position, two minutes behind the winner.

“The loss in the first game is disappointing but we know how to remedy this for the remaining games; we are going to work on integration of new players,” said Rwanda’s new head coach Gilbert Yaounde Kanyakore.

The event, themed One People, One Destiny is meant “to contribute to confidence building, friendship and cooperation, nurturing esprit de corps among  the EAC Partner States’ Defence Forces.” 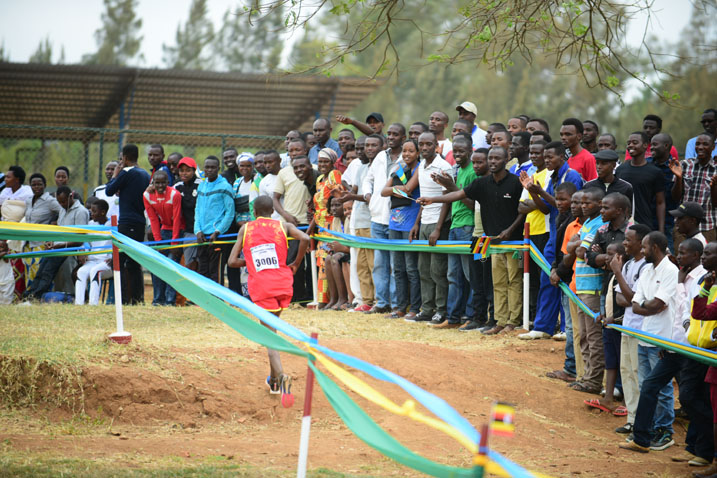