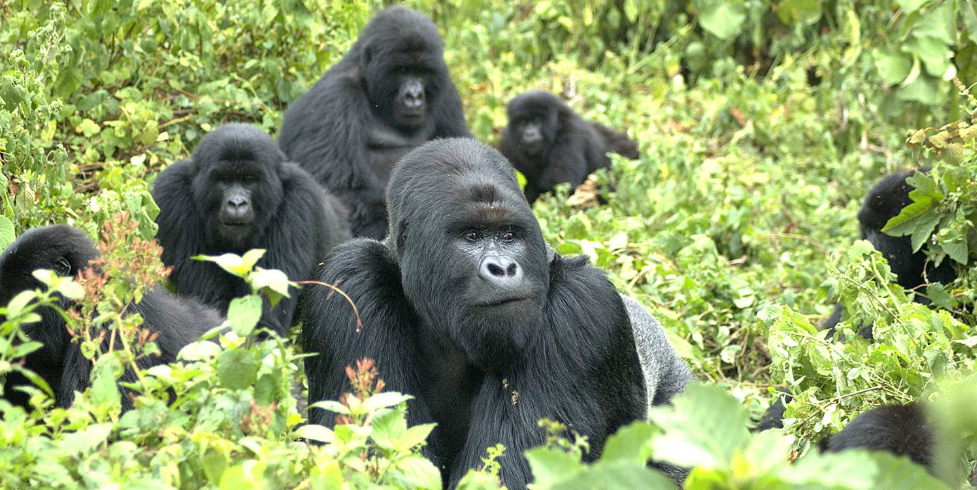 Rwandan conservationists are confident that gorilla population in the country will keep increasing despite global concerns that the primates may soon get extinct.

The International Union for Conservation of Nature has exposed a critical decline of different species especially the gorillas.

According to a report released on Sunday at the World Conservation Congress in Hawaii, the world is left with 80,000 animal species, of which 24,000 threatened with extermination by poachers, insecurity and other human activities.

The Eastern Gorilla with two subspecies; gorilla Beringei Beringei or mountain gorilla from Rwanda, Democratic Republic of Congo (DRC) and Uganda and the Eastern lowland gorilla from DRC are estimated to 5,000 units.

The report indicates they have been suffering an alarming decline of about 70% over the past 20 years, especially in the DRC.

Prosper Uwingeri, the chief Park Warden of volcano national park told KT Press, “The popular mountain gorillas are not declining, rather their number is increasing. However, the population of eastern lowland gorillas in DRC are declining.”

He said the mountain gorillas are the most visited and are friendly to human beings.

There are over 800 mountain gorillas in their natural habitat including; volcano massif located between Rwanda, DRC and Uganda, and Bwindi Park in Uganda.

As far as Rwanda is concerned, Kwita Izina- an annual gorilla naming ceremony indicates that every year, the number of gorillas in the country increases by over 25 units. Rwanda has named over 283 gorillas since 2005.

Since 2005, the government adopted a tourism revenue sharing scheme which enables communities living near touristic sites get a 5% share of annual revenue generated from these sites.

Since then, about 480 projects ranging from schools, health centers, and clean/safe water among others have received support worth Rwf2.63billion.

“It creates a good environment for the gorillas. No more poaching or fire wood collecting from the national park,” said Dr. Jean Felix Kinani the founder and Executive director of the One Health Approach for conservation, a non-government organization that supports conservation efforts.