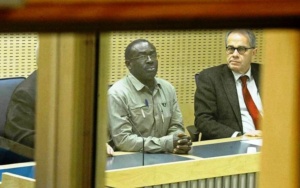 Police in Sweden has today arrested a Swedish national who is alleged to have committed the 1994 Genocide against Tutsi in Rwanda.

Ben Curtis 48, resident of Örebro County arrived in Sweden in 1998 and became a Swedish citizen in 2006. After his arrest this morning, he was sent to the war crimes commission for investigation.

“This is a severe crime and a big concern of the police; our ultimate objective is that our country never becomes a safe haven for war criminals,” said Patricia Rakic Arle, Chief Inspector of National Police Operations Department in a communiqué after the arrest.

This is not the first arrest of a genocide suspect in Sweden.

In 2008, Sylvère Ahorugeze who was Director of the Rwandan Civil Aviation Authority and of Kigali International Airport until 1994 was arrested in the Stockholm suburb of Solna (Sweden).

The arrest came after a prosecutor in Denmark dropped a case where Ahorugeze was accused of having killed 25 Tutsi in Kigali.

Rwanda filed an extradition request against Ahorugeze and courts ruled in favor of his extradition. Ahorugeze filed several appeals up to the European Court on Human Rights.

The latter delayed its ruling until the Supreme Court in Sweden decided to release him in 2011.

Ahorugeze safely returned to Denmark where he lives with his family.

First Genocide perpetrator to be convicted over genocide crimes in Sweden would be Stanislas Mbanenande who was sentenced to life in prison by Stockholm court in 2013.

In May this year, Claver Berinkindi, 61 was also sentenced to life imprisonment for masterminding the 1994 Genocide against the Tutsi.

He was found guilty of organizing and involvement in attacks that targeted Tutsi in Nkuri and Nyamiyaga communes in former Butare Prefecture, currently in Southern Province.