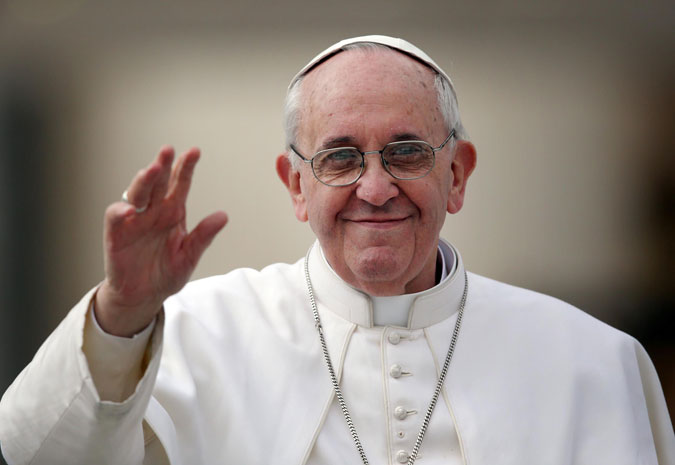 Pope Francis. The Holy See should break the ice and apologize for Church’s role in the 1994 Genocide. Kagame wants the Pope to do it, not anyone else.

Vatican could break the ice tomorrow regarding Roman Catholic Church participation in 1994 Genocide against the Tutsi in Rwanda.

President Paul Kagame is in Rome, on invitation by the Holy Father tomorrow, according to Louise Mushikiwabo, Minister of Foreign Affairs.

On Twitter, Mushikiwabo wrote, “After a successful visit to China, President Kagame is now in Rome, on invitation by the Holy Father tomorrow Rwanda – Vatican ties.”

The President’s meeting with the Pope comes barely four months after the Catholic Church’s local Episcopal Council issued a statement apologizing for the participation of some of its church members in the 1994 Genocide against Tutsi.

The tragedy cost life to more than 1 million Tutsi within three consecutive months, becoming the worst tragedy of 20th century.

The role the church played through the classic ten phases of the genocide, including execution and denial, is obvious in the eyes of many Rwandans, especially Genocide survivors who share live testimonies every year during commemoration period.

Anyone who has eyes to see can also, by common sense get a level of understanding while seeing numerous Churches that were turned into mass graves.

The Church however, disregarded any fact linking it with the Genocide for the last 23 years.

In November last year, Episcopal Council of Rwanda issued a statement apologizing for the participation of some of its clergy and church members in the genocide against Tutsi.

The statement however received negative reactions among Rwandans especially members of Ibuka – an umbrella organization of Genocide survivors who said, it tried to show that only individuals participated in the Genocide, and church is clean.

The government also dismissed the statement, and called for an entire Catholic Church in the world to collectively apologise to Rwandans.

During the National Diologue (Umushyikirano) last year, President Kagame personally came out to speak about the matter – calling for Pope Francis to apologise on behalf of the Catholic community.

This was after Bishop Philippe Rukamba, President of Episcopal council reiterated a shocking statement that, “I have never seen any letter with the church telling its children to go and commit genocide. We thought the way we formulated the apology makes sense.”

For over two decades now, relations between Rwanda and the Catholic Church have gone sour – regarding the Church’s slow pace or complete refusal to apologise for its role in planning and execution of a genocide of over one million victims. 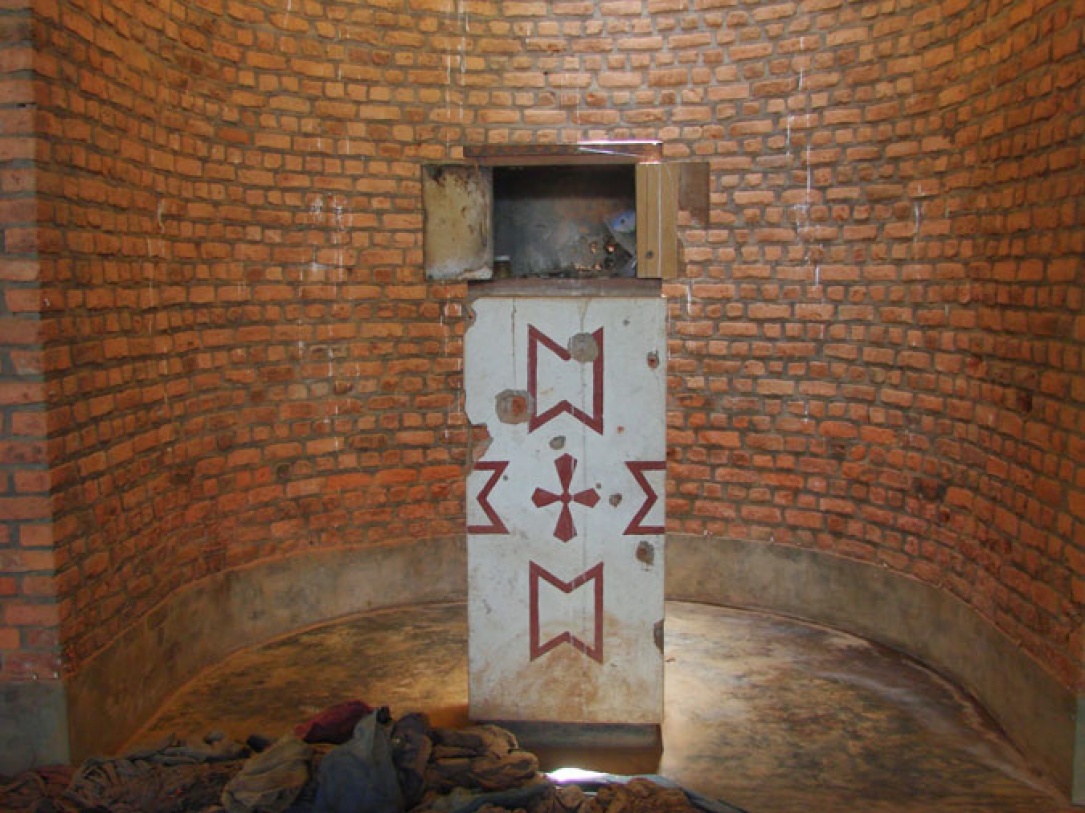 During the 1994 genocide, Catholic Churches acted as hotspots for the killing spree, where priests and nuns led the massacres.

Some of the famous Churches in which tens of thousands of Tutsi died while expecting safe haven from the priests include St. Famille in the capital Kigali, Ntarama, Nyamata and Kiziguro in the East; Mibirizi and Nyange in the West and Kabgayi in South.

It was even worse when it reached Kibeho, a ‘Holy Place’ in Southern Rwanda that was proclaimed a place where to do pilgrimage after it was confirmed that Mary, Mother of Jesus appeared to three school girls in 1980s.

Churches becoming such a curse for the Tutsi was not an accident because nuns, priests and even some bishops, leave alone a great number of Christians, were part of the killing machinery.

Since the Genocide, Catholic priests and nuns have been convicted of genocide crimes and received different sentences, while others remain covered up by the Vatican. 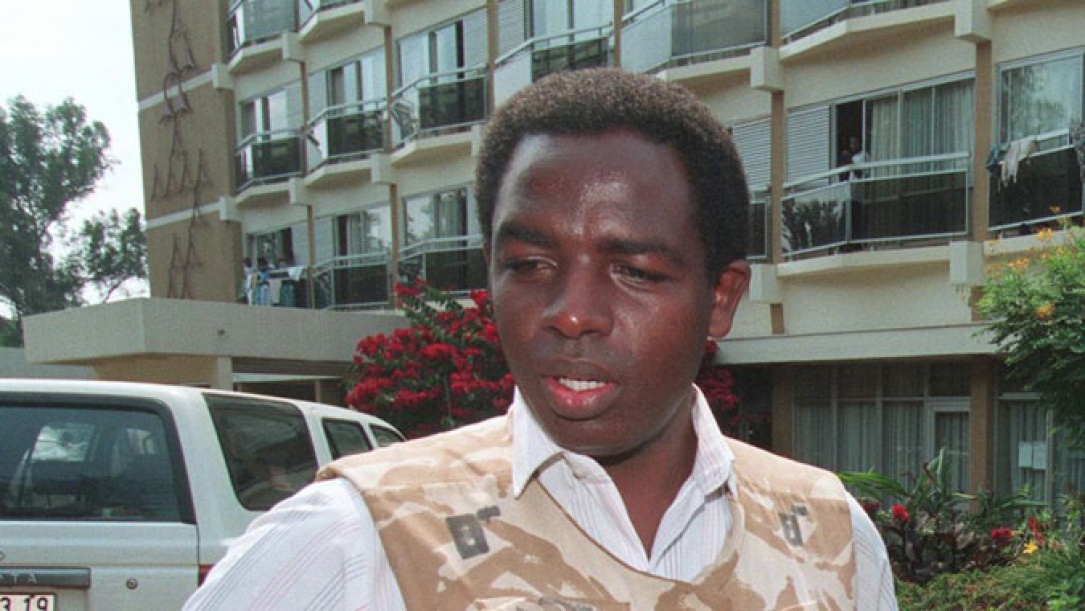 The highest ranking Church official to be tried for genocide was the late bishop Augustin Misago, who was later acquitted and freed from prison in June 2000.

Others are Father Emmanuel Rukundo and Joseph Ndagijimana from Kabgayi diocese, Wenceslas Munyeshyaka from Sainte Famille in the Capital Kigali.

Meanwhile, other Catholic nuns including Maria Kizito and Geltrude Mukangango were convicted of genocide crimes by Belgian courts and were sentenced to 12 and 15 years respectively.

The above cases have been clear evidence that the Catholic Church played an active role in the genocide.

For President Kagame, he does not understand why the Vatican has failed to say sorry for the 1994 Genocide against Tutsi in Rwanda, yet the Pope has been able to apologise for lesser offences committed globally by the clergy.

”I don’t understand why the Pope would apologise for sexual offences, whether it is in the US, Ireland or Australia, but cannot apologise for the role of the Church in the genocide that happened here,” the President asked last year during the National Diologue.

Earlier before the President’s reaction, Msgr. Rukamba, had commented on the apology statement saying the Church as an institution bears no responsibility.

“So far what we understand, the Church as an institution did not participate in the genocide. The Church did not send people to kill others. There is nothing to show that it did, whether it is a letter or a document,” Bishop Rukamba said.

Rukamba’s statement was massively turned down by participants at the dialogue attended by all government leaders from Central and local government as well as Rwandans and friends of Rwanda.

“But as we said in our recent apology, church members did participate in the genocide and that is what we apologized for and seek forgiveness for,” Rukamba said.

Despite the negative side of the Catholic Church, Rwanda has for many years had partnerships with the church in different projects.

For instance, at least 65% of all public schools in Rwanda are co-owned by the Catholic Church, Smaragde Mbonyintege, Bishop of Kabgayi diocese told KT Press. The Church also owns other different infrastructure projects across the country.