‘With Courage, Nothing Can Make You Fail’- First Lady tells Girls 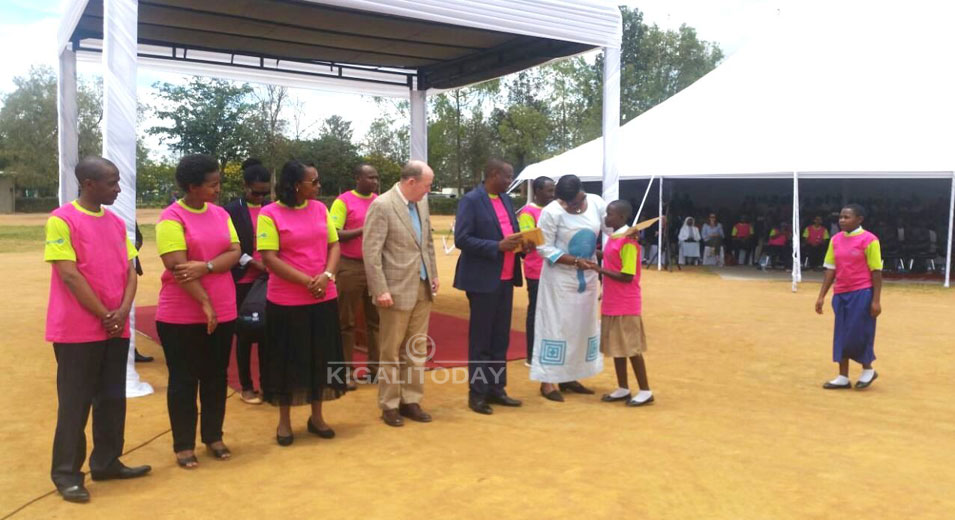 Giving out the prizes including; school bags, text books, calculators, laptops and cash worth Frw20, 000 to help them open savings accounts, Mrs. Kagame thanked girls for their hard work and encouraged them to excel higher.

“When you have commitment with courage and vision, there is nothing at all that can make you fail,” she said.

Mrs. Kagame encouraged the rewarded girls to outstand their potentials, excel in their studies and result into great people not only for themselves but also for their country.

“This year has shown us how much every effort we put towards education results in more girls pursuing their education with such vigor and enthusiasm.”

“We are often reminded that the development of our people and our country heavily relies on the education of its people,” she said.

“Parents should establish gender equality at a lower age so that children grow with a mindset of helping each other,” she said adding that the government of Rwanda should be thanked for the good policy of education for all.

Mrs. Kagame assigned parents and teachers to play a role in reducing teen pregnancies that is a big problem facing young girls.

According to reports, last year in 52 sectors, 818 teenage girls got pregnant before they reached 18 years with in a period of just two years.

The awarded girls were urged by the first lady to set good examples to their companions.

This year marks the 12th annual campaign which consists of publically awarding girls who have excelled at national examinations from different cycles.

Since 2005 when rewarding best performing girls, over 4,000 have been recognized and rewarded. 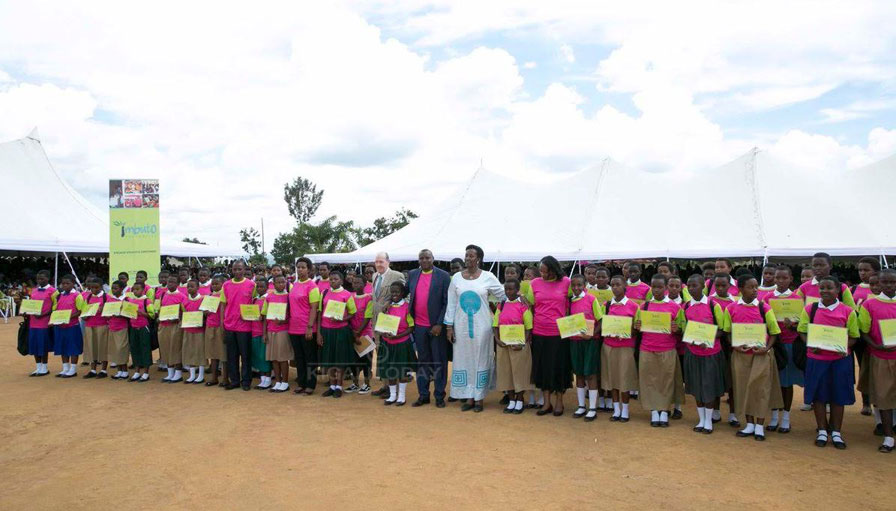 Marcelline Nzamwitankuze, a 22-year-old girl shared her testimony on how Imbuto has been supportive to her.

She said that she lost her eye sight at an early age of 8. Her hope of going to school was diminished and had no faith for a bright future.

After losing her sight, Nzamwitankuze was taken to Gatagara school, in Rwamagana where blind people are given basic education, good enough she managed to pass Primary Leaving Examination and admitted to Gahini secondary school.

Despite being well disciplined and bright, Nzamwitankuze was from a poor family and whenever she became the first in class she would not be rewarded like other kids.

One day she asked her mother for a present upon being the first in her PLE then her mother told her, she will be rewarded much well. She never understood that until she herd of Imbuto Foundation.

“The only reason my parents were not able to give me presents is because they were poor, they wouldn’t afford,” Nzamwitankuze said.

When she passed secondary school at Gahini, she heard good news from the school administration that she was selected among the girls to be rewarded by Imbuto Foundation.

Imbuto sponsored her with all necessary school needs, including tuition, uniform and other scholastic materials.

“Since then my life changed, I had hope for a better future and I was encouraged to become whoever I dreamt of becoming,” she said.

When she was still a child, Nzamwitankuze had three dreams and has managed to accomplish them all through the support of Imbuto.

“I wanted to complete my studies and be useful to society, visit Europe and also become a journalist. I have managed to accomplish all my dreams. Thanks to Imbuto,” she said.

Nzamwitankuze was at Mayange sector, in Bugesera district where Imbuto Foundation was rewarding the more 227 best performing girls of 2016.

Loan Applicants to be Thoroughly Investigated