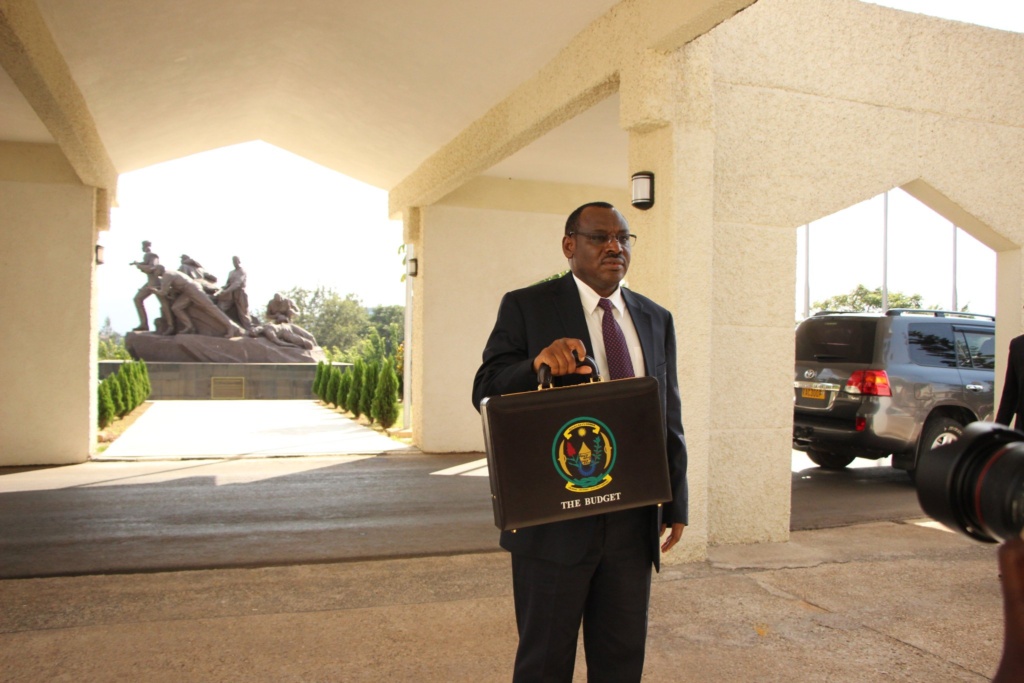 Budget plans presented to Parliament this Friday indicate that government expenditure will increase by more than Rwf 140 billion in the coming financial year 2017-18.

Spending will rise to Rwf 2,094 billion (about $2.6billion) from Rwf 1,953 billion of the FY ending this June, according to the Budget Framework Paper delivered by Finance Minister Claver Gatete today morning.

“The increase is attributed to rise in wages and salaries” of the public sector due for implementation in the next budget, said Gatete.

The estimate are also expected to bring down dependence on donor funding – which could leave donor money accounting for less of the budget compared to the current year.

After delivering the paper today, back and forth negotiations will follow with lawmakers to come up with the final budget to be presented to the nation in June. The budget is read on same day across the east African community nations of Rwanda, Kenya, Uganda, Tanzania, Burundi and new member South Sudan.

Rwanda, South Africa “Fully Restore” Relations Before End of May