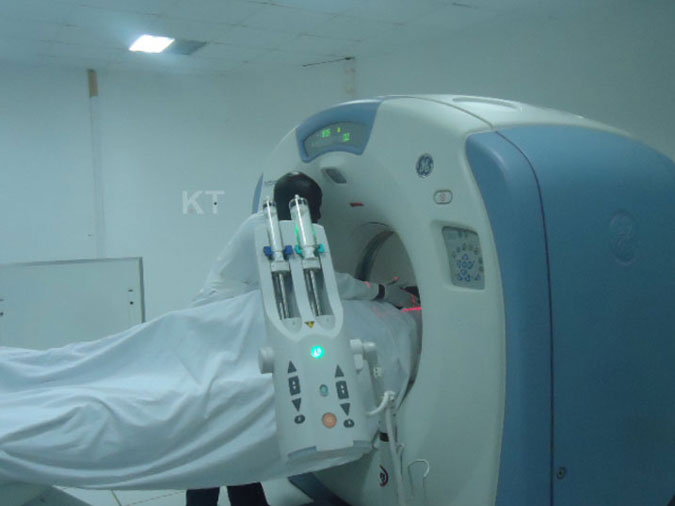 The machine was constantly breaking down “because it is overburdened by huge number of patients who require its tests.”

The University Teaching Hospital of Kigali (CHUK) – one of the country’s main referral health facilities this week sees restoration of a crucial CT Scan service that has been on and off for the last three years.

In 2014, the Computerized Tomography Scanner (CT—scanner) of CHUK went out of service after its air conditioning system broke down. The machine was acquired from Germany tech firm Siemens in 2011.

Since then, the CT scan machine which is an indispensable tool in diagnosis of complicated internal medical conditions developed several other problems and would work for just three to four days a week before going off.

A ministry of health official told KT Press the machine was constantly breaking down “because it is overburdened by huge number of patients who require its tests”.

On a daily basis, the machine was being used on not less than 40 patients.

The CT scanner at CHUK will be back operating by Wednesday 26 April 2017, said Malik Kayumba, head of Health Communication Division at Rwanda Biomedical Centre, adding that major repairs of the machine were successful.

The CT scanner has already left many patients with irreparable damage. 38-year old Kamanzi Erick was involved in a road accident on April 19, 2017 which left him with a fatal head injury and backbone problems but had to wait for six hours for the broken CT scan to be repaired.

Even after six hours, the machine was still not operating. He was referred to Rwanda Military Hospital (RMH) – another referral hospital in Kigali which has its own CT scanner, but it was too late. Kamanzi is paralyzed as a result of bleeding internally for a long time.

“Doctors have told me it would not have happened had I been diagnosed on time,” said Kamanzi.

Gad Manirakiza was involved in a motorbike accident in March 2016. He was rushed to Kibagabaga Hospital which transferred him to CHUK. Manirakiza died 3hours later as they waited for what they were told was a major maintenance on the CT Scanner.

Malick Kayumba, Head of Health Communication Division at Rwanda Biomedical Centre disagrees with claims that patients have been affected due to delayed CT scan service. “Once doctors determine that a patient needs a CT Scan there is no way they will be denied transfer by ambulance for a CT scan at nearby hospital without any delay,” he said.

Kayumba says there are CT scanners at King Faisal Hospital, Rwanda Military Hospital (RMH), University Teaching Hospital of Butare (CHUB) in the south, Kibungo Hospital in the east and Kibuye hospital in the west.

Kagame Seeking “One Voice” When Africa Deals with Donors