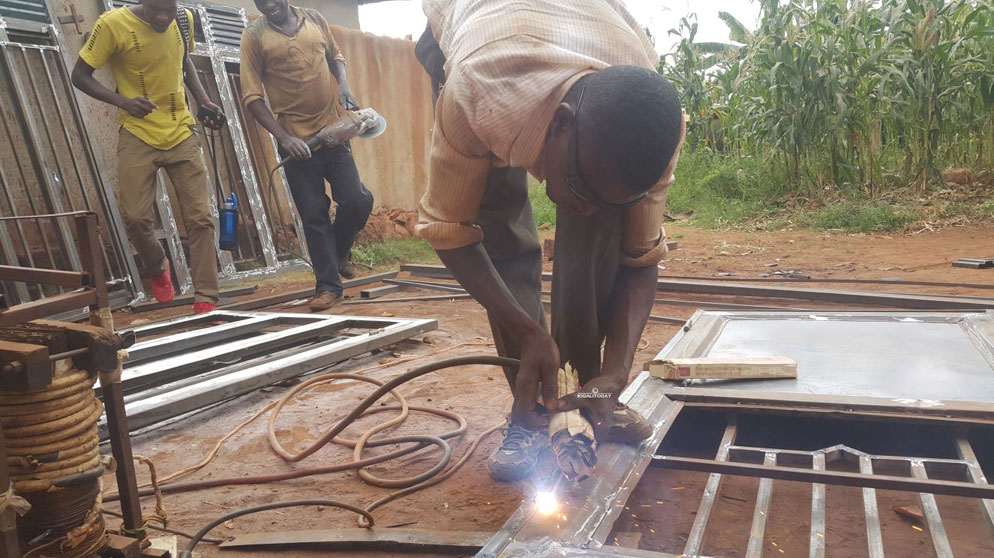 Welding and metal fabrication business is source of employment for youth in Mulindi village. Until 2009 electricity was only from a diesel generator owned by a businessman

Until 2009, each able home in Mulindi village located in Kirehe district had to pay Rwf 3,000 per month to local businessman David Nduwumwami for electricity. He owned the only generator in the area, and the only source for lighting.

The 15KW generator lit his home, the local drug shop and about a dozen of his neighbours.

Mulindi village located in Nasho sector had about 50 homes. Nduwumwami charged Rwf1000 per bulb or television set per month.

On average, each home had 3 lights – an unbearable cost for a place where more than 60 percent lived in biting poverty.

However, in 2008, government initiated reforms to address energy shortages countrywide.

Two years later, a Tunisian firm STEG International Services was contracted to connect all households in the six districts of Eastern Province.

Kirehe district was one of them. Seven years down the road, the district is one of the highly connected regions of Rwanda. While the night is shining bright in this area, the opposite is the reality across a large sway of land on the side of the border region in Tanzania. 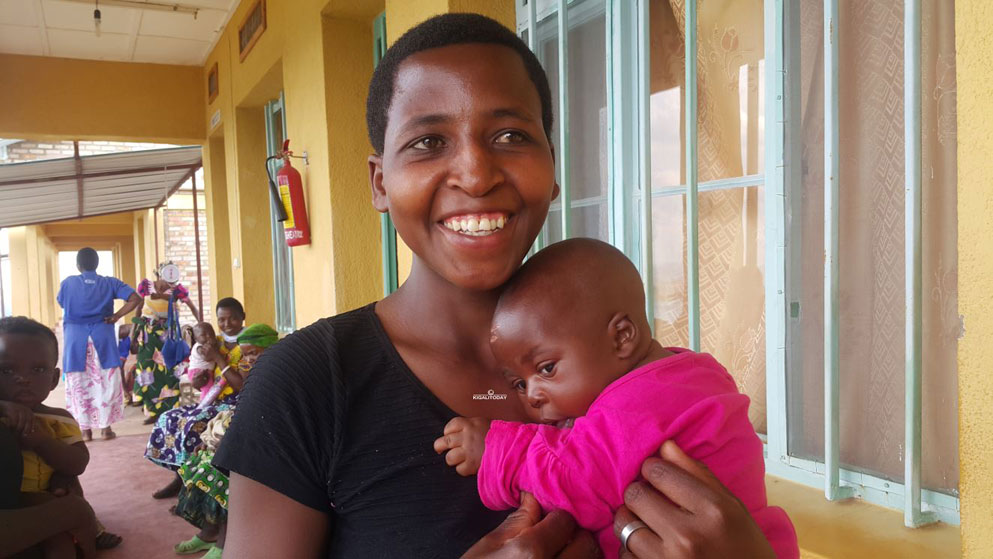 Some villages in Gatore and Nyamugari sectors have 100 percent connectivity. All homes in most of the villages are connected to power grid – and of recent the problem is that the lights are off.

With a national average of 33 percent connectivity, Kirehe district at 27 percent has one of the highest – rivaling urban areas.

“We have transformed Kirehe district into an agro processing area because of electricity” Gerald Muzungu, the Mayor of Kirehe said.

“We want to extend power to all farming communities,” Muzungu said.

Before the 1994 genocide against the Tutsi, electricity was only transmitted to the capital Kigali from Ntaruka Hydro-power Plant in Burera District, to the north. National access to electricity was only 3% – reaching parts of Kigali and provincial cities, factories and suburbs where the elite resided.

Government says by 2020, power should cover 70 percent of Rwanda. The sources are varied – solar, peat, methane gas to increase production to 208 MW installed capacity, and beyond to the projected 563 MW by 2028.

James Musoni, the Minister of Infrastructure says that Rwanda is certainly on the right track.

This year alone, two projects have been unveiled. In May this year, Rwanda launched construction works for a $350 million Gisagara peat-to-power plant expected to generate 80MW. It will connect 13,000 households in Gisagara district to the national grid – and power up many surrounding districts.

Just last week, construction began on a 2.6MW Rwaza-Muko mini hydro-power plan in Northern Rwanda to serve more than 300,000 people. The new magnificent Shyira Hospital has a sure source of power.

“The power plant might be small in size, but we have no doubt….it will greatly contribute to our bold vision as energy demand to soars,” said Musoni at the ground-breaking function. 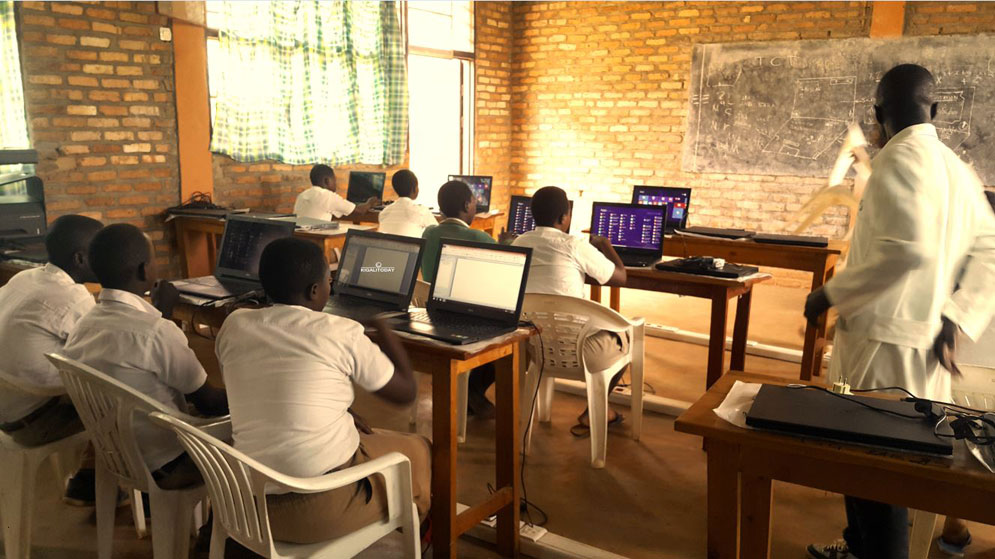 Students attending an ICT class at Groupe Scolaire (G.S) Gishubi. Its unlikely that such a class would take place without power in Gisagara district

When it rains, NO power

The situation has not been any different to the south of Rwanda. In rural Gishubi sector, Gisagara district, electricity arrived in 2011 – meaning nearly all the locals had never seen a light-bulb.

Expectant mothers here are assured that their newly born babies can survive. The only health centre in the are is connected to national grid which supplies an uninterrupted flow of electricity.

Clementine Mukeshimana, a mother of three remembers the day she gave birth at Gishubi health centre seven years ago.

“It was a dark room and there were two female and a male staff standing before me with a lamp light hanging on the side of the bed,” narrates Mukeshimana.

Through a local NGO, the facility had solar panels. But during the often long rainy season, there was not enough charge. Medical staff used torches while attending to patients.

Even with the solar panels, the lighting only lasted about seven hours daily, says Dr. Theogene Niyongana, the Director of Gishubi Health Center.

Niyongana agrees that many new born babies would have been saved if the health centre had electricity  to operate incubators, laboratories, storage for immunization and surgical equipment. 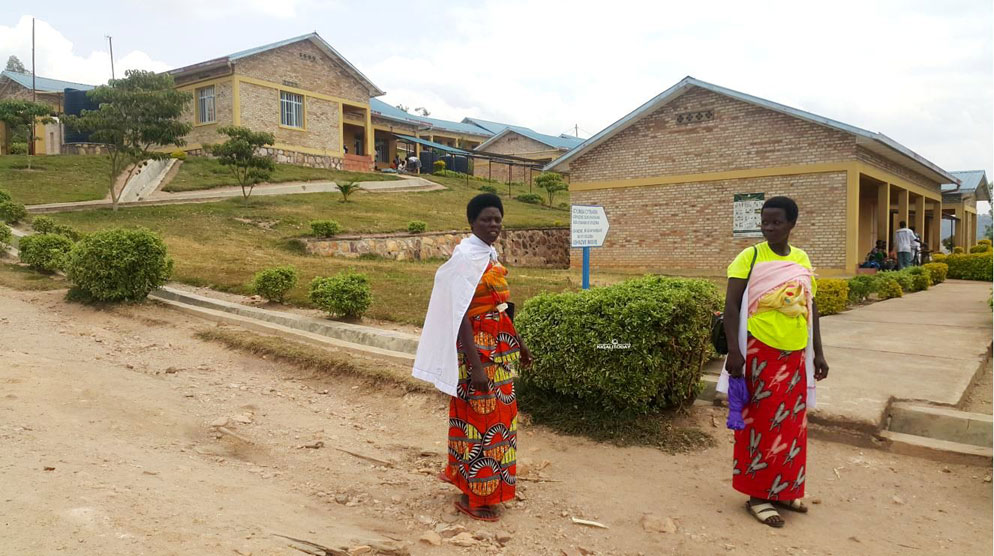 Since the installation of electricity in 2011, the center can now handle over 6700 patients per month. Some 96 percent of the children survive at birth compared to less than 60 percent survival rate before.

Mukeshimana returned at Gishubi health center recently, not to give birth but to immunize her youngest 9-month old son.

“This is a service I would have had to seek elsewhere due to lack of electricity to power vaccine storage equipment at this center,” she says. 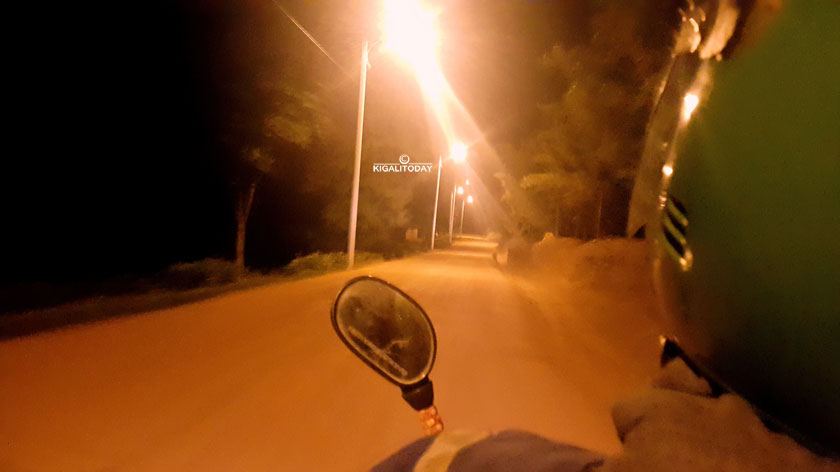 Can Rwanda Police all Troubled Countries?