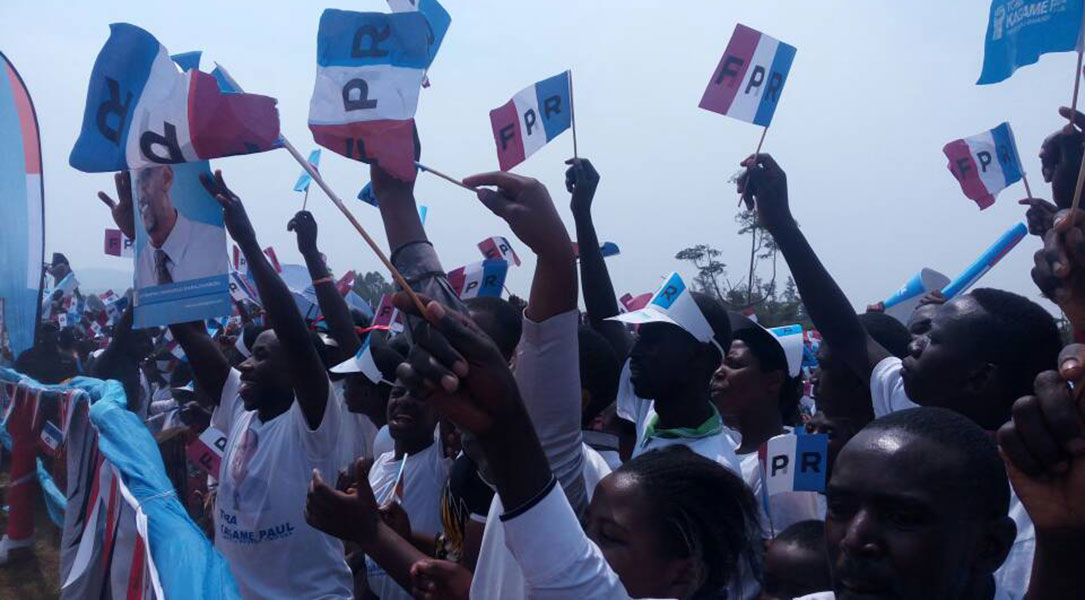 President Paul Kagame – Rwanda Patriotic Front flag-bearer campaigned in Huye district, Southern Rwanda and told the youth to never ‘miss any opportunity’. He said they should vote for him and RPF in order to enjoy countless opportunities.

“Do not waste any opportunities, it is by building on the ones available now that you will be able to achieve success,” Kagame told thousands of Huye district residents mostly the youth during his second stop of the campaign.

“You are the strength and future of this country,” Kagame added.

Kagame who was flanked by his family said that Rwanda has come from miles away and managed to be where it is today. He said his that his belief is that nobody was created to be poor.

“God did not create us to remain poor and to stay behind. God did not give those more prosperous and more abilities than us,” he said.

Interrupted by loud chants from supporters, president Kagame cited a Kinyarwanda proverb; ‘Bacye beza (Few but Good) which he said was different in Huye. He however told a mammoth crowd that: “You are many but good.”

At the campaign, Kagame said that “Today we are brainstorming and celebrating achievements of the journey we have been walking together.”

Kagame urged party supporters at the campaign rally to work harder and achieve more. “We want Unity, Security and Development. We had bad history that divided us but this time we are building a history of unity.”

An estimated 100,000 party supporters braced the scotching sun to listen to their candidate. “Thank you for coming in large numbers and for the choice you have made to support RPF,” Kagame told his supporters.

Part of the hill in Huye district where RPF supporters gathered had a small hill with a magnificent decoration that  read; “Tora Kagame.”