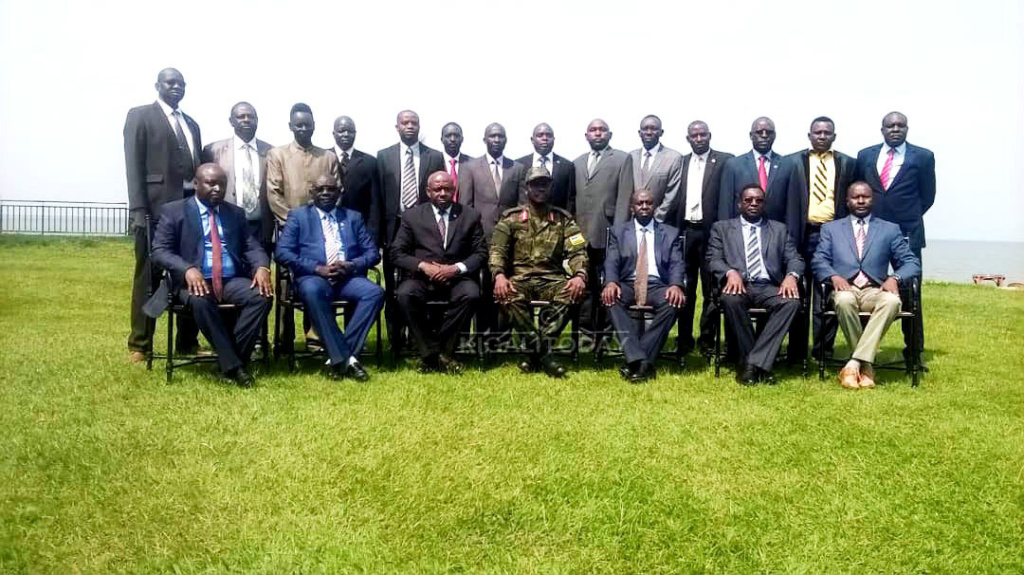 The three-day meeting that opened Wednesday will mainly focus on contemporary security threats within the region and recommend ways to manage them.

They include among others terrorism; genocide ideology; cyber-crimes; human and illicit drug trafficking and Counterfeit.

“The region continues to suffer from terrorist attacks mainly from Alshabab; negative groups like FDLR; ADF and RUD among others. Discuss ways to fight these groups that have claimed innocent lives,” said Maj. Gen. Musemakweli.

However, according to, Uganda’s Defense Liaison Officer also from the EAC Secretariat, the region is currently generally stable.

“There are no eminent and major threats going on,” He said.

Among EAC countries, only Burundi didn’t respond to the invitation.

Asked why Burundi didn’t attend Col. James Barigye Ruhesi said “it has something to do with the region and it can be handled by people above me, but they were invited.”

South Sudan which for the first time participated in the meeting said it expects a lot from the discussions as a country that has been raved by conflicts in the last five years.

However, the Chief Military Intelligence in South Sudan said people exaggerate the security situation of his country; that the country is safer than they think.

“It is a lack of information that some people think that there is insecurity in South Sudan. The country is okay otherwise I would have delegated somebody else if there were problems, but my country needs to grow that’s why we are here,” Maj. Gen. Marial Nuor Jok said.

The UN has so far decorated 9,016 Rwandan peacekeepers in South Sudan since the tension erupted after the country became independent after breaking away from Sudan.

Currently, around 2,200 police and military peacekeepers are still serving in South Sudan.

The meeting of Military Intelligence chiefs takes place every three months to review the regional security. Today’s meeting is the 3rd in 2017.

The meeting is in accordance with article 3 of EAC Protocol regarding the defense sector in order to enhance cooperation and information among member states.

EAC Countries include Rwanda; Kenya; Tanzania; Burundi; Uganda and South Sudan while Djibouti and Ethiopia have recently requested to join.