In the morning, Rwanda’s Foreign Affairs Minister Louise Mushikiwabo met on the same panel with Dr. Clet Niyikiza, an investor who specialises in pharmaceuticals. Niyikiza is Founder, President and CEO of L.E.A.F. Pharmaceuticals LLC (L.E.A.F.) based in the United States. The panel also featured Francis Gatare, CEO of Rwanda Mining and Petroleum Board. 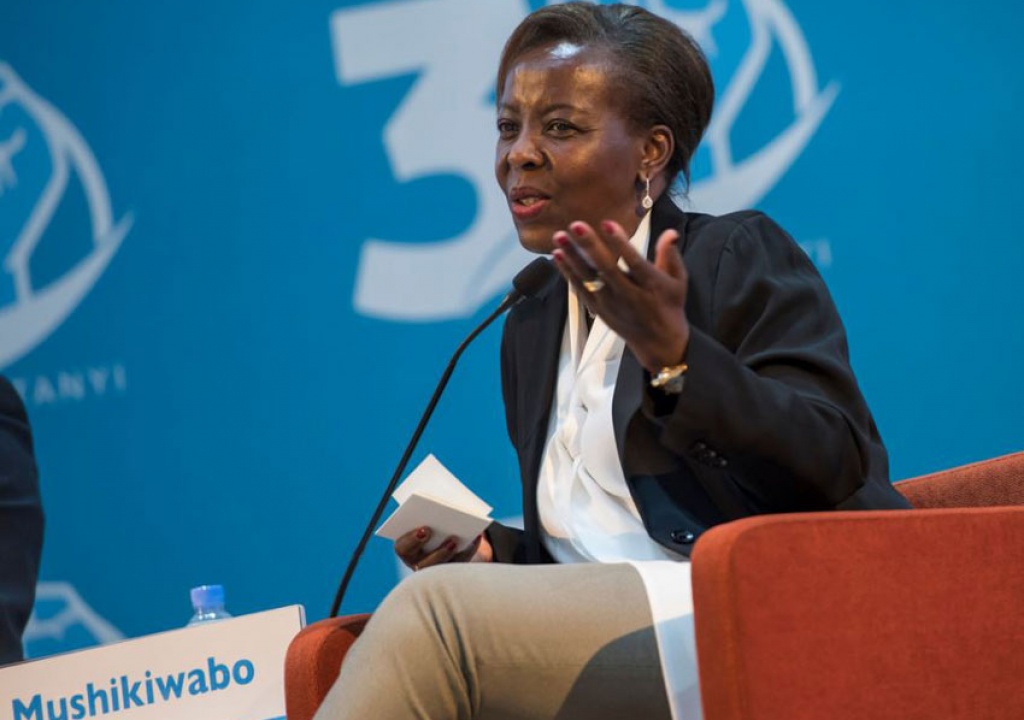 Every panelist hit hard in their areas of expertise.

According to Louise Mushikiwabo, some African leaders are messing up.

She said Africa has all the resources needed to move forward, but its leaders only concentrate on ‘roadside politics’ that will not take the continent anywhere.

“What is painful is that Africa has all the resources to be what it should be. We need to come together and avoid petty politics,” Minister Mushikiwabo told thousands of Rwanda Patriotic Front (RPF) Inkotanyi members.

This, Minister Mushikiwabo says only destroys the continent and pushes it back instead of coming together as one continent.

“We Africans must put our act together. We must not waste our energy on roadside politics,” Minister Louise Mushikiwabo said.

Commenting on Rwanda’s stand, she said, “Against these circumstances, we persevered and I can tell you without any doubt that worldview of Rwanda has changed.”

In the aftermath of the Genocide, she said, “the world looked at us as an aggressive people, a country of killers. Foreign immigration officials would practically frown on seeing a Rwandan passport,” she said.

Adding to her remarks, Dr. Donald Kaberuka said that the world is in a changing motion constantly.

For Africa to move forward, Kaberuka’s message to the youth was simple: “I want to tell you Africa should wake up to the reality that the solution to our problems is here on the continent. We should stop looking elsewhere.”

Africa has the biggest number of young people in the world. With 200 million people aged between 15 and 24 (the youth bracket), Africa has the youngest population in the world – with the trend expected to double by 2045.

However, most young Africans were recently seen traded like animals in Libya.

“The world is undergoing a migration of industries from China and its neighbours to Africa – a reason we should take the opportunity,” Francis Gatare said.

Rwandair to Start Flights to Abuja on Bonané