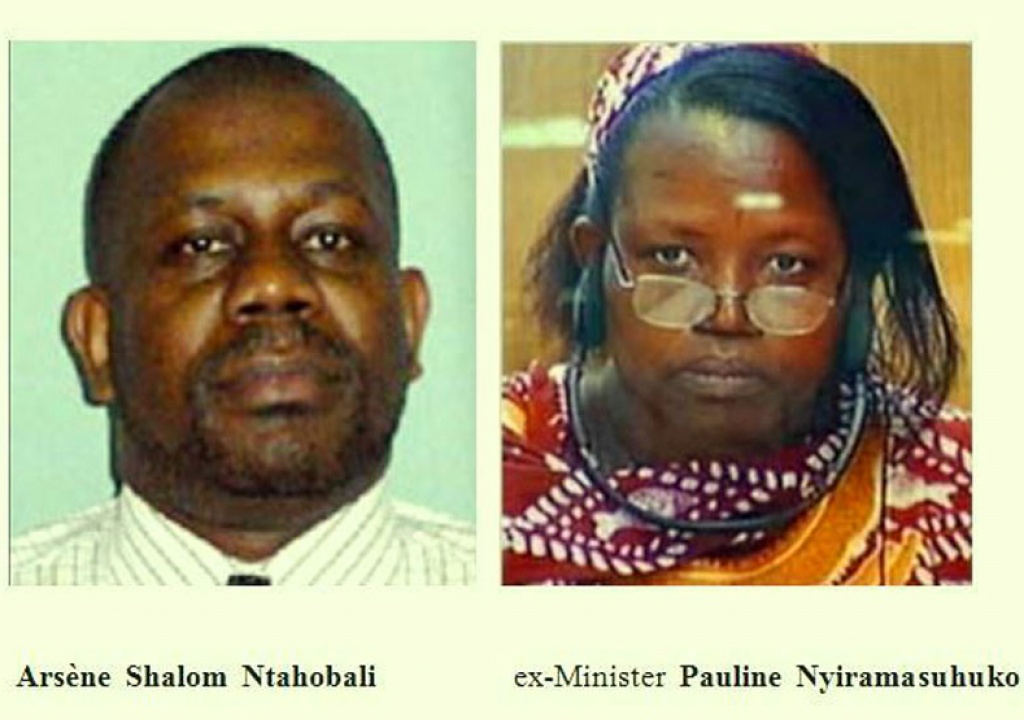 Arsène Shalom Ntahobali son of Genocide convict ex-Minister Pauline Nyiramasuhuko has been sent to Senegal where he will serve a 47-year prison sentence.

In 2011, Ntahobali and his mother were  found guilty of Genocide, war crimes and crimes against humanity, including multiple rapes.

Prior to the Genocide period, Nyiramasuhuko was a minister in charge of Family and Women’s Affairs.

The International Criminal Tribunal for Rwanda ruled that Nyiramasuhuko used her position to help abduction and killing Tutsi men, women and children in her home Prefecture of Butare.

According to the tribunal Nyiramasuhuko had issued orders to Interahamwe whose mission was to hunt and kill as many ethnic Tutsis as possible.

At the time of the 1994 Genocide Against the Tutsi which claimed more than a million lives, Ntahobali was a student in his early 20s. He had joined his mother to became a militia leader.

He and the militia, and soldiers had been stationed at one particular roadblock, near Hotel Ihuliro- the site of numerous beatings, rapes and killings.

While passing the judgment in their case, the ICTR judge said “Both Nyiramasuhuko and Ntahobali ordered killings,” he said.

“They also ordered rapes. Ntahobali further committed rapes, and Nyiramasuhuko aided and abetted rapes and is responsible as a superior.”

Meanwhile, Ntahobali’s wife Beatrice Munyenyezi 47, who had secured political asylum in the US after hiding her family’s role in the 1994 genocide was four year ago convicted in a New Hampshire court of lying about her own part in the genocide.

Survivors of the genocide against Tutsi accused Munyenyezi of paying rapists with food and beer, and shot a nun before a cheering mob.

She is also accused of identifying and taking Tutsis, including women carrying children, to a pit where they were butchered.

Prosecutors said they began investigating Munyenyezi after she gave evidence at the International Criminal Tribunal for Rwanda (ICTR) in 2006 in which she testified that there was no roadblock with her husband and other militiamen butchering people outside the Butare hotel, owned by her in-laws, in which she was staying.

Munyenyezi told the ICTR that she had seen no killing at all. “No, I never saw dead bodies,” she said.

But numerous witnesses at the ICTR trial recounted murders, rapes and other crimes at the roadblock. In addition, a US Defense Department satellite photographed the site.

Get them out of the USA immediately. How did they get to live here for 20 years anyway. These are not human beings and calling them animals is an insult to animals.