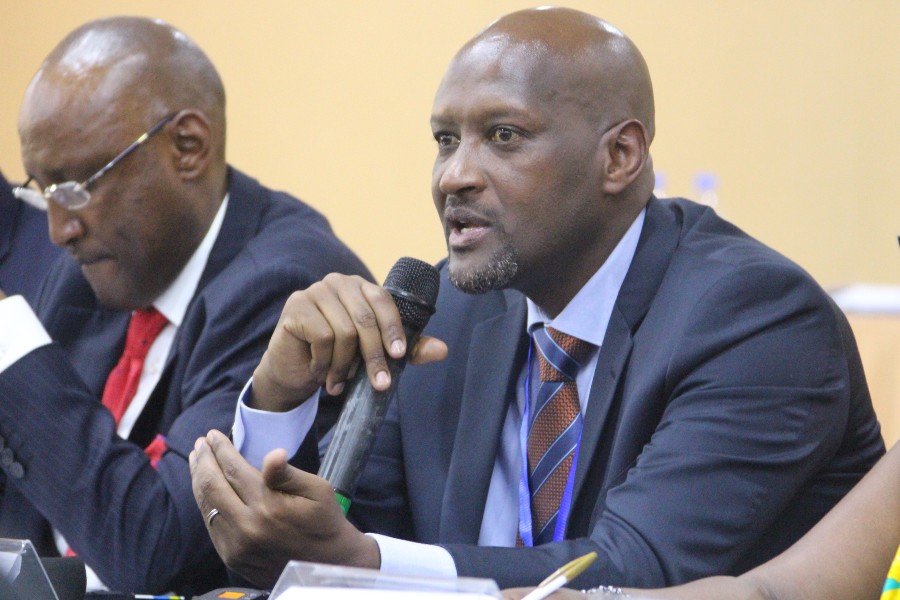 The FERWAFA Electoral Committee has given mandate to the out-going Executive Committee to continue their duties and prepare elections for the next FERWAFA President which is expected to be held not later than 90 days.

The development was confirmed on Saturday at the end of the FERWAFA Elective General Assembly which climaxed its session without electing the President for the country’s football body as it was planned.

The FERWAFA Electoral Committee president Adolphe Kalisa attributed the failure to elect the new president as planned due to the fact that the lone candidate Rwemalika Felicite failed to meet the required majority vote, 27 votes.

Initially, Madam Rwemalika was battling for the top seat against incumbent president Nzamwita Vincent until ten minutes into the general assembly when Nzamwita informed delegates that he is withdrawing his candidature for the presidency due to personal and family reasons.

Unopposed Madam Rwemalika was then left to win the trust of the delegates to be declared the president for the first time in the history of Rwandan football. But to do, she would first secure the majority vote from the General Assembly members hence delegates proceeded to voting.

The voting and tallying process was closely monitored by the FERWAFA Electoral Commission President Adolphe Kalisa alongside fellow committee members and election observers who were comprised of FIFA council, CAF 2nd Vice President and FECOFA President Constant Omari Selemani and Munyanziza Gervais from the Ministry of Sports and Festus Bizimana from Rwanda National Olympic Committee.

Of the 52 casted votes, Madam Rwemalika secured 13 votes while 39 votes against her and were termed as invalid votes according to the Electoral Committee.

After counting the results, Kalisa said, “I can now confirm that the results of the election process. 52 votes were casted, Rwemalika secured 13 votes while 39 votes were deemed invalid,”

“Since, the lone candidate Rwemalika didn’t get the required majority vote, another election will be held to determine the next president. In this transition period, the Executive Committee will be given back its powers to continue exercising their duties until the completion of the electoral process according to article 28 of the FERWAFA Electoral Code,”

He further added, “We expect the elections for the new president of Rwanda Football Federation to be be held not later 90 days from today.

President Nzamwita Vincent and his executive committee were Rwemalika Felicite has been serving in charge of women football will continue its duties until the next elective general assembly.