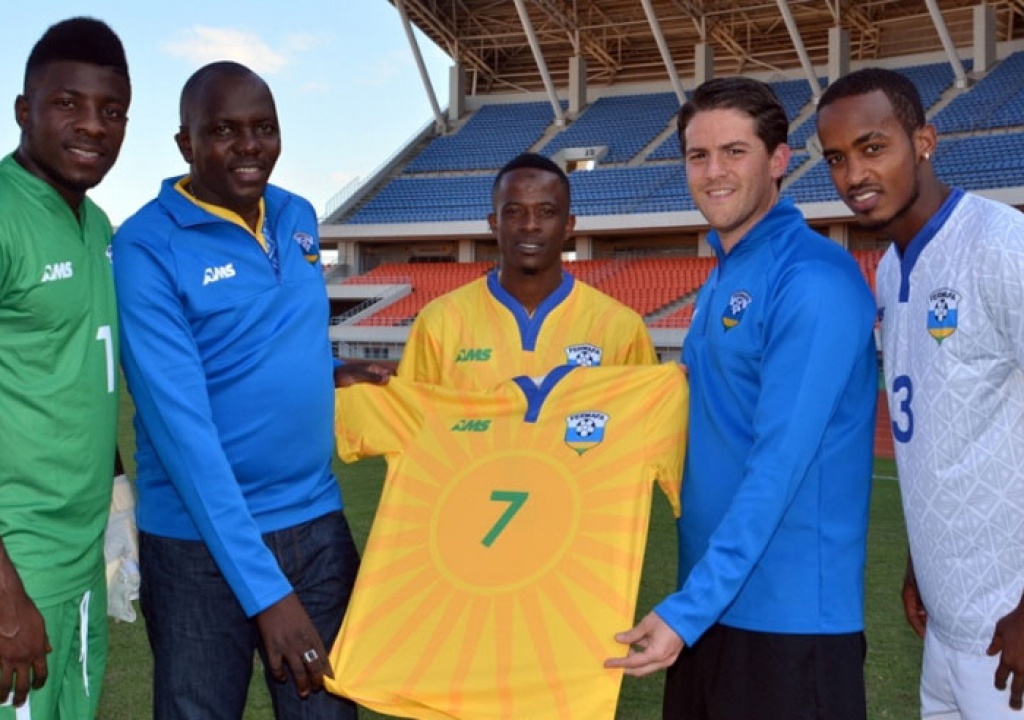 Former Rwanda Men’s senior football team coach Johnathan McKinstry is among the final four shortlisted coaches whom the next Uganda Cranes Coach will be picked from.

According to Ugandan media, the short list was presented to the Fufa Executive earlier this week after the five-man technical panel headed by Zambia legend Kalusha Bwalya assessed the resumes of the applicants for the job.

On Thursday, the Fufa Executive Committee met at Njeru Technical Center passed and forwarded a list of four coaches to government for final guidance on the next Uganda Cranes coach.

The federation will announce the new coach after discussions with Ministry of Education and Sports on the matter.

The list was thinned down from 90 applicants to include only four lucky candidates who include; Desabrie Sabastian (France) John Mckinstry (Ireland), Emilio Ferrera (Belgium) and Ugandan Moses Basena – who is also the interim coach.

McKinstry who was Rwanda coach last year was sacked in August, 2016, just two weeks before Rwanda would face Ghana in their 2017 Africa Cup of Nations qualifier in Accra.

The Amavubi fired the Northern Ireland-born manager, claiming a dismal run of results led to the decision of parting ways.

The decision to fire him came as a surprise as the 30-year-old had signed a contract extension just three months ago.

He was given the contract extension just over a year after he took over the Amavubi job in February 2015 replacing his fellow Briton Stephen Constantine in January 2015.

McKinstry, currently managing Lithuania Kauno Žalgiris, left after seeing Amavubi fail to qualify for the 2017 African Nations finals, having lost 2-3 to Mozambique in Kigali in their latest qualifier in June, in addition to earlier 1-0 defeats to visitors Ghana and hosts Mauritius.

Should McKinstry be picked to manage the Cranes, he will be second former Rwanda coach to handle Uganda Cranes just like their recent departed coach Serbian Milutin ‘Micho’ Sredojevic, who was formerly in charge of Rwanda before being appointed the Uganda position.