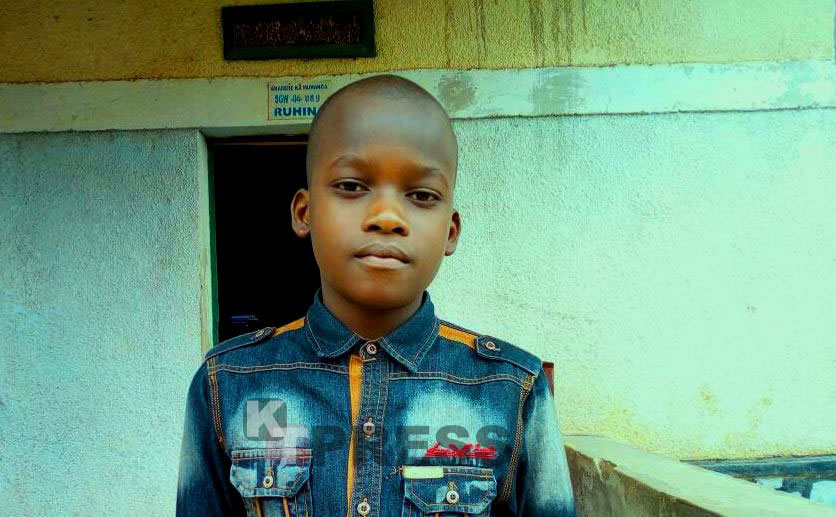 Incidentally, in 2016 the government launched a drone port opposite his home at Nyagacyamo hill which is five minutes away of walking distance.

Sitting at his home veranda, Mugisha watches drones landing and taking off without any hindrance and sometimes, he visits the drone port.

The drones are used in blood delivery, and no wonder, this business inspired Mugisha.

When Mugisha got promoted to primary six at the nearby Saint André School, he promised his parents that he would bring the best score countrywide during Primary Leaving Examination (PLE).

Since his parents knew his determination and his zeal to always come on top, they did not doubt this commitment though they found it a big ambition to challenge thousands of pupils from across the country.

Mugisha started to read and prepare himself ahead of time, but he also made a prayer request to God.

On Tuesday, Mugisha’s dream came true when the Ministry of Education (Mineduc) announced PLE and O level examination results and he emerged the top performer.

“Reading, revising courses had become part of my life. I also resolved to follow my teacher’s advice without omitting anything,” Mugisha told KT Press excitedly.

“Most importantly, I never ceased telling God; Dear Lord help me, give me wisdom.”

Mugisha is the first born in a family of three children including one girl. He says that he was inspired by other students from his school Saint André located in Shyogwe sector who always came among best pupils at national level.

However, when Mugisha was asked what career he would wish to pursue as he continues with his education, he said his dream is to become a medical doctor, but a doctor who treats sensitive organs.

“My dream is to become a heart surgeon. I think the heart being the engine of blood circulation, we need to take care of it,” he said.

“When you treat someone, you prolong their life and that is pleasant.”

Mugisha has chosen a very crucial sector in Rwanda where health personnel are still few. 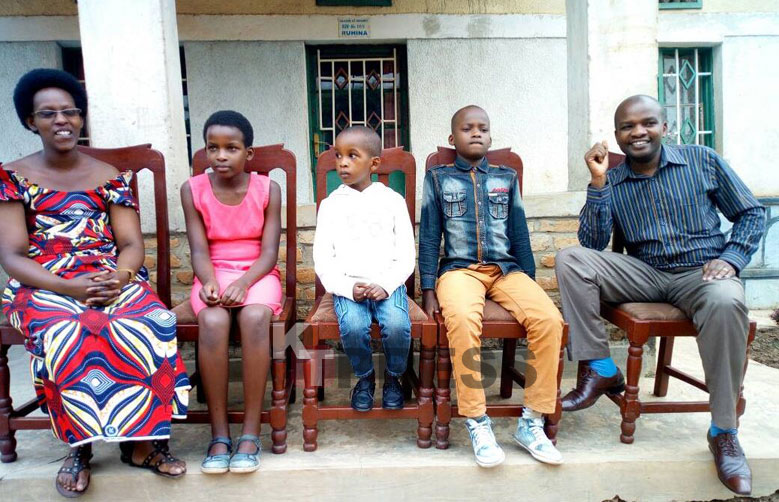 Frank Mugisha (second right) with his siblings and parents

Mugisha’s parents told KT Press, that their son has honored them as he always did.

“We never doubted his success but he exceeded our expectations,” his father Giscal Nsengiyumva, a businessman said adding that Mugisha was always the first of his class since he started school.

“Mugisha is always reading, he has less time for games and television unlike other children. He always tells us that he will be a doctor and a surgeon to be precise.”

Mugisha is among other pupils from countryside who impressed during the 2017 PLE.

“It is the first time in history to have a big number of best students from rural areas. This happened because they were given good teachers and other school equipment that they lacked,” said Isaac Munyakazi, the State Minister for Primary and Secondary Education.

About 11.14% representing 10,758 candidates in O’level passed in the first division.

Speaking at the results announcement event, State Minister Munyakazi advised parents to prepare in advance for the academic year that will start in two weeks.

“We have released the results early to give students and parents time to prepare for school. We hope this time no student will be late for school unlike in the past years where we used to release the results a few days before the academic year begins,” he said.

The school calendar starts on January 22nd 2018 while results for advanced level will be released in Mid-February.