10 Most Eye Catching Churches of Kigali 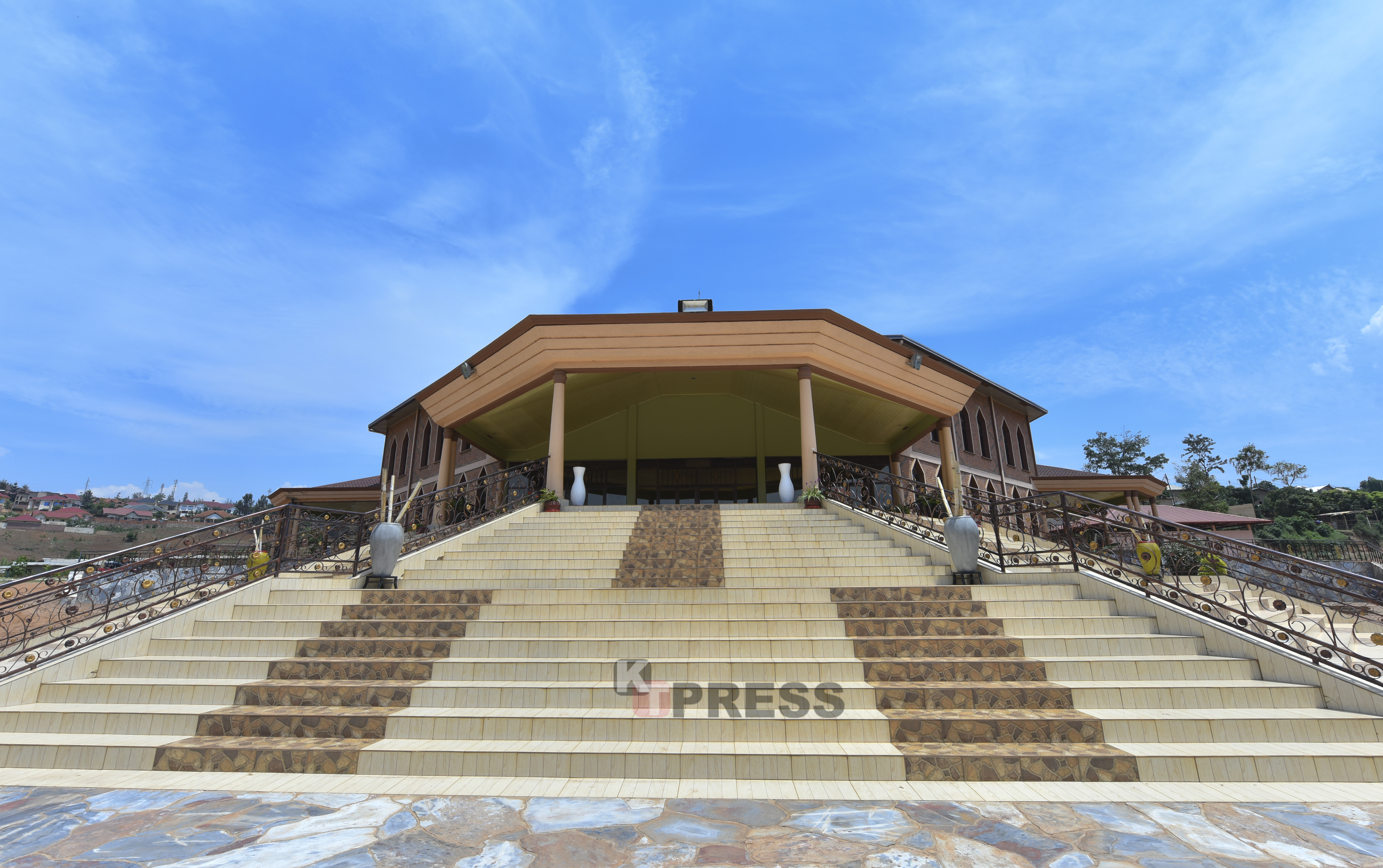 Kigali, the capital of Rwanda has recently claimed the name of Smart city, adding on the already reality of the green/clean city.

Apparently, the beauty of the city is cutting across as government, religious institutions and Private people are all erecting magnificent buildings.

On the other hand, also on the rise has been places of worship. While we are used to churches being consructed with the help of funders from the west, there is a good number of churches today that have been constructed by the flock itself.

KT Press has put together a sample of 10 eye-catching churches of the city of Kigali.

Their beauty and capacity tell the rest – they cost a fortune. 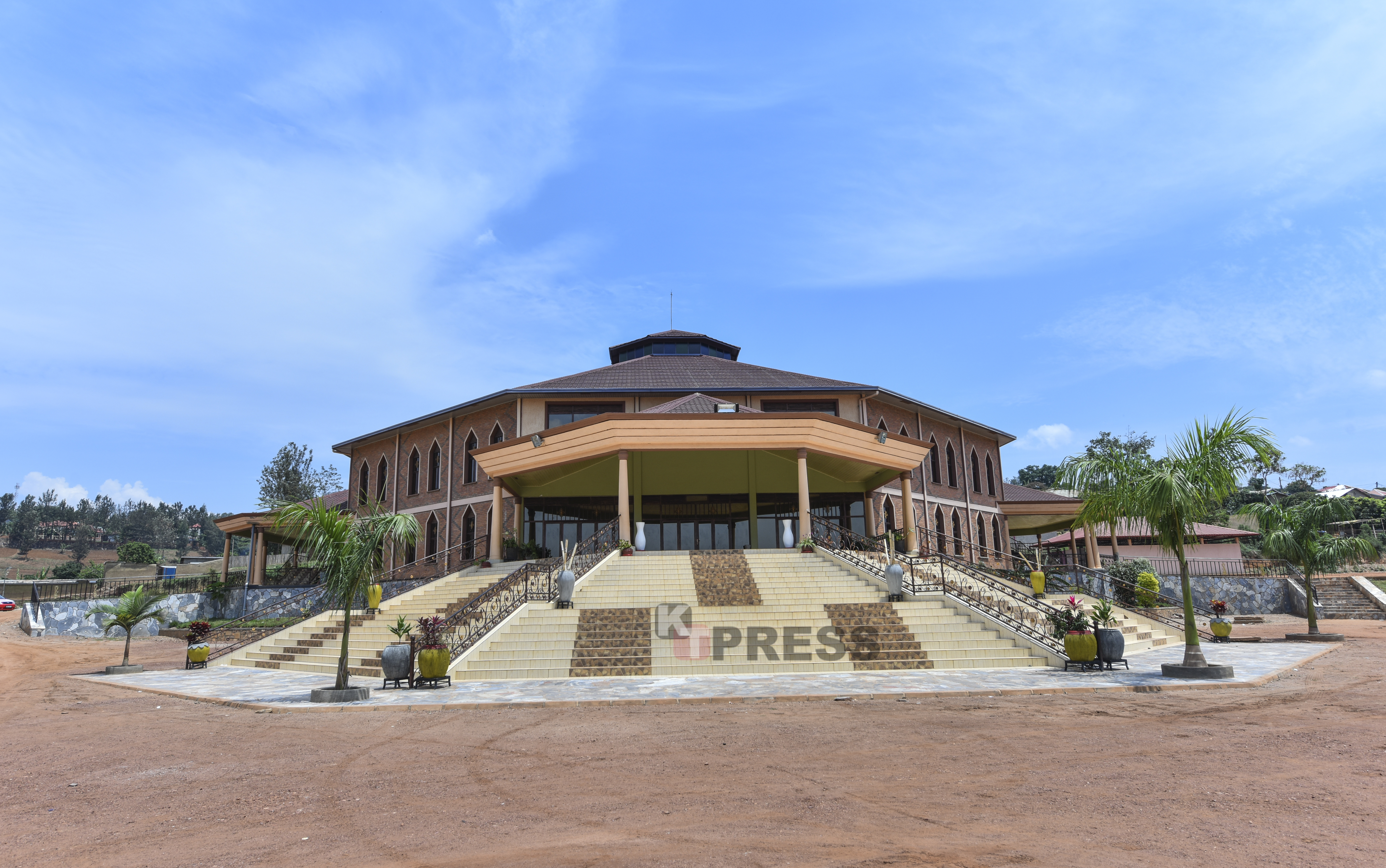 Commonly known as Kwa Rugamba (name of the founder), this church is located at Kinyinya sector, Gisozi Cell of Gasabo district, adjacent to the Gakinjiro workshops. It has a capacity of 4000 people.

Albert Rugamba, the church visionary and senior pastor says that the construction of this church started in 2009 and was completed in 2014 at a cost of Rwf 1.5 billion. The money was raised by Christians. 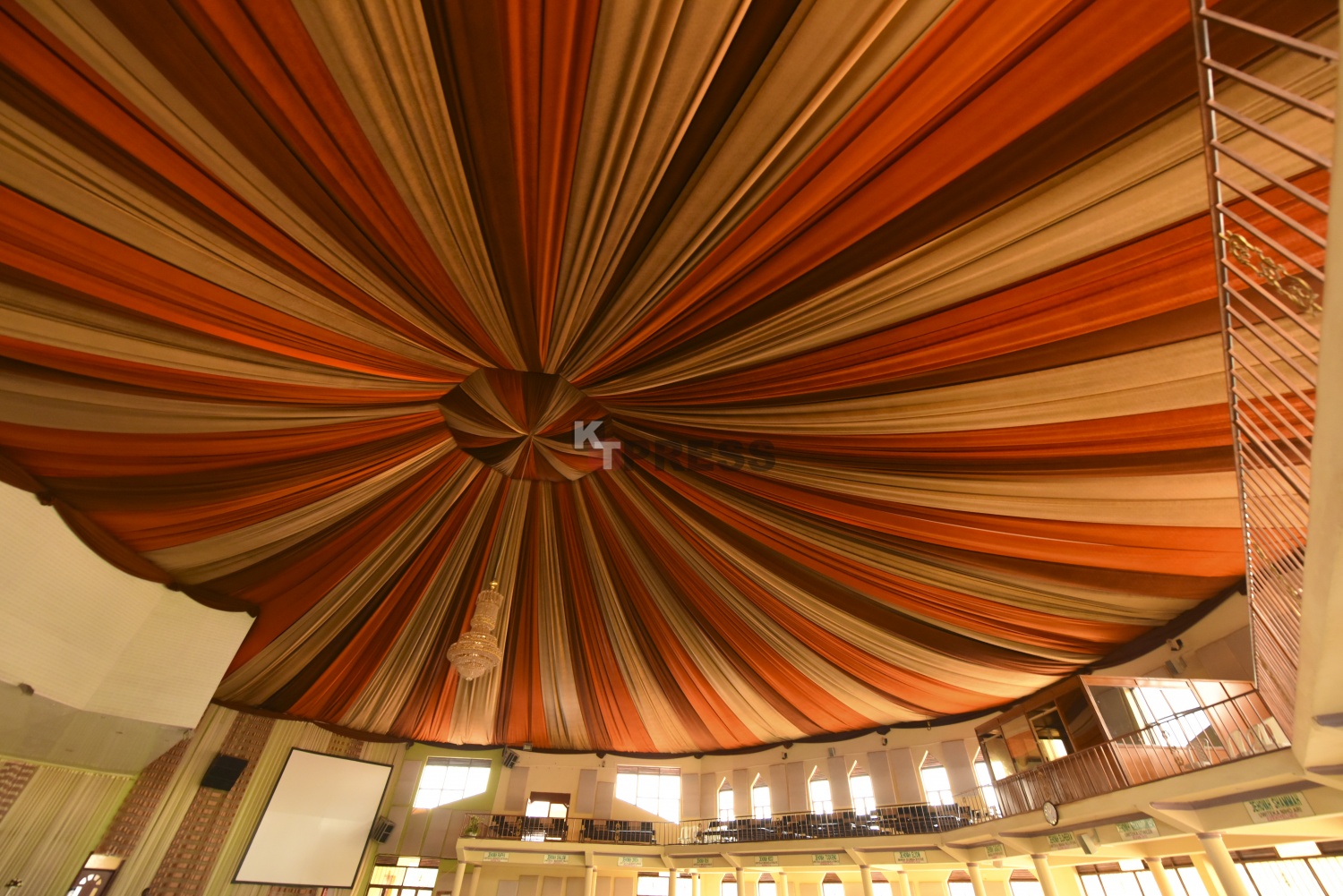 Before you even enter the church, the beauty of the shape will attract you even if you may not want to go inside to pray, and, as you come close, well-designed stairs will lure you even more. From inside, the interior design is a story on its own. 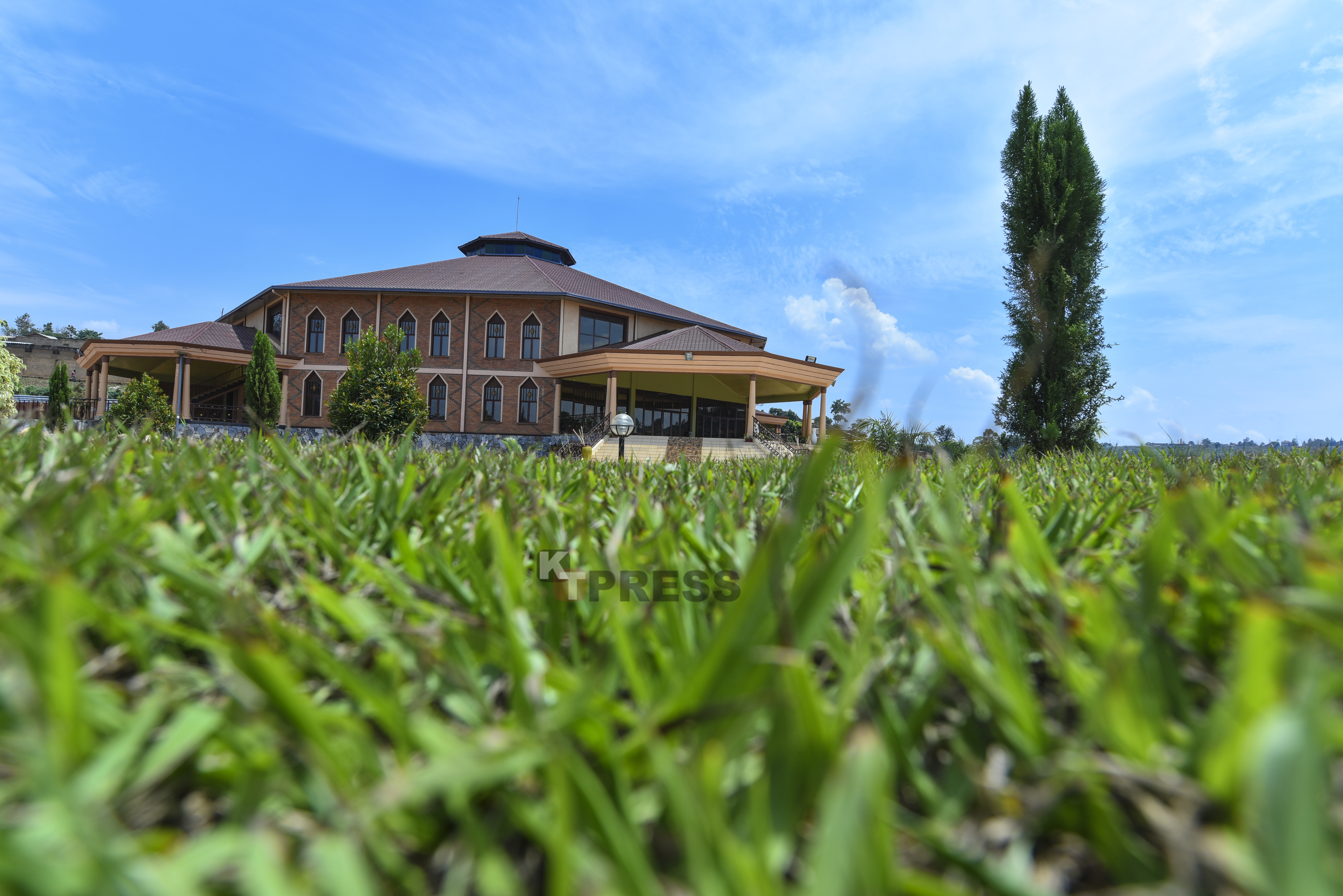 From School to Church, not a bad idea.

In the education business for quite many years, Professor Rwigamba Barinda, the owner of Kigali Independent University – ULK has now added value to his school by founding ABC Church. 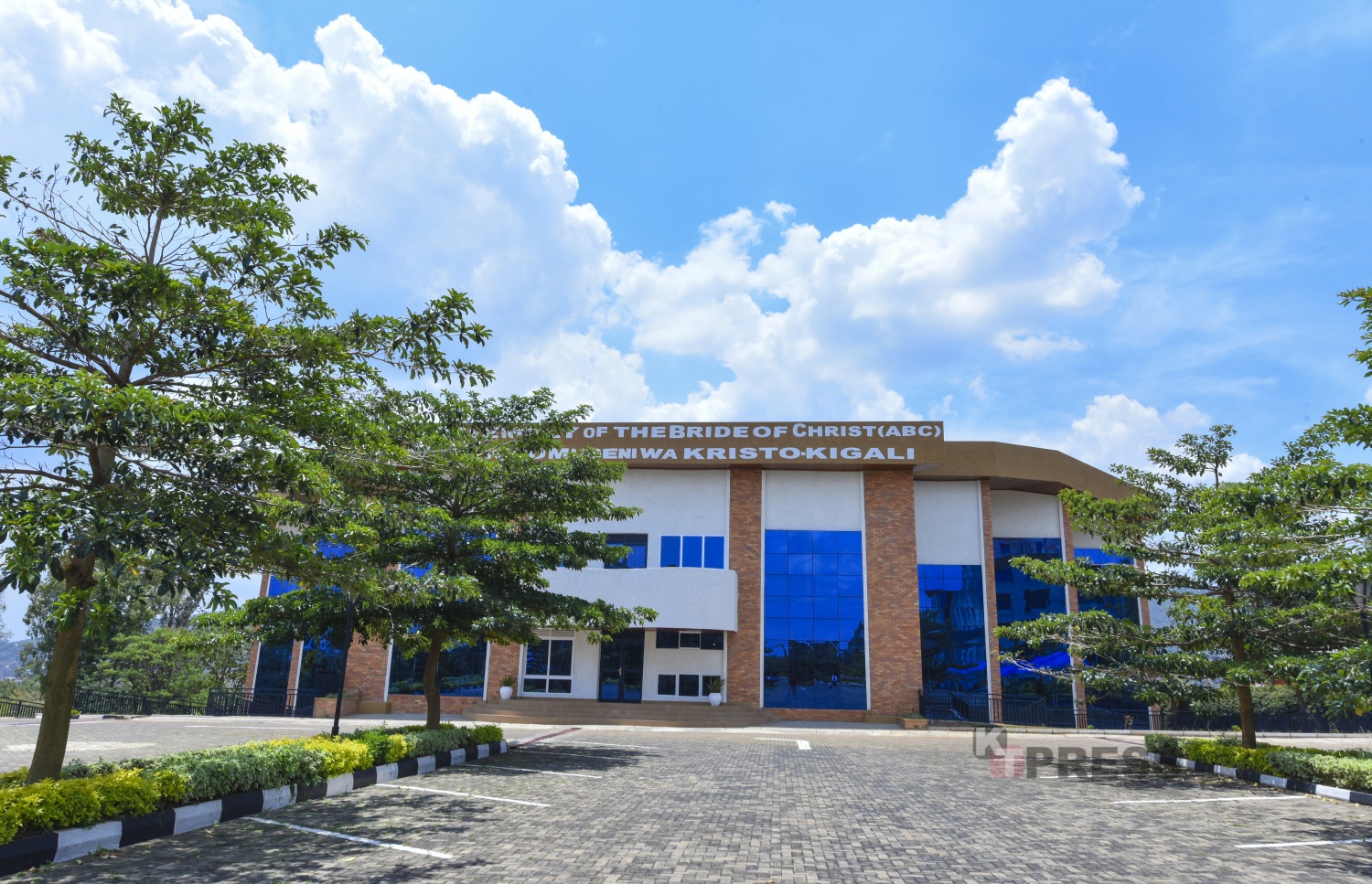 The idea of curtain walls on a church makes a good combination with the Ruliba bricks and offers uniqueness to this building. The inside also matches with the VIP parking, which, in a photo, looks like a swimming pool. 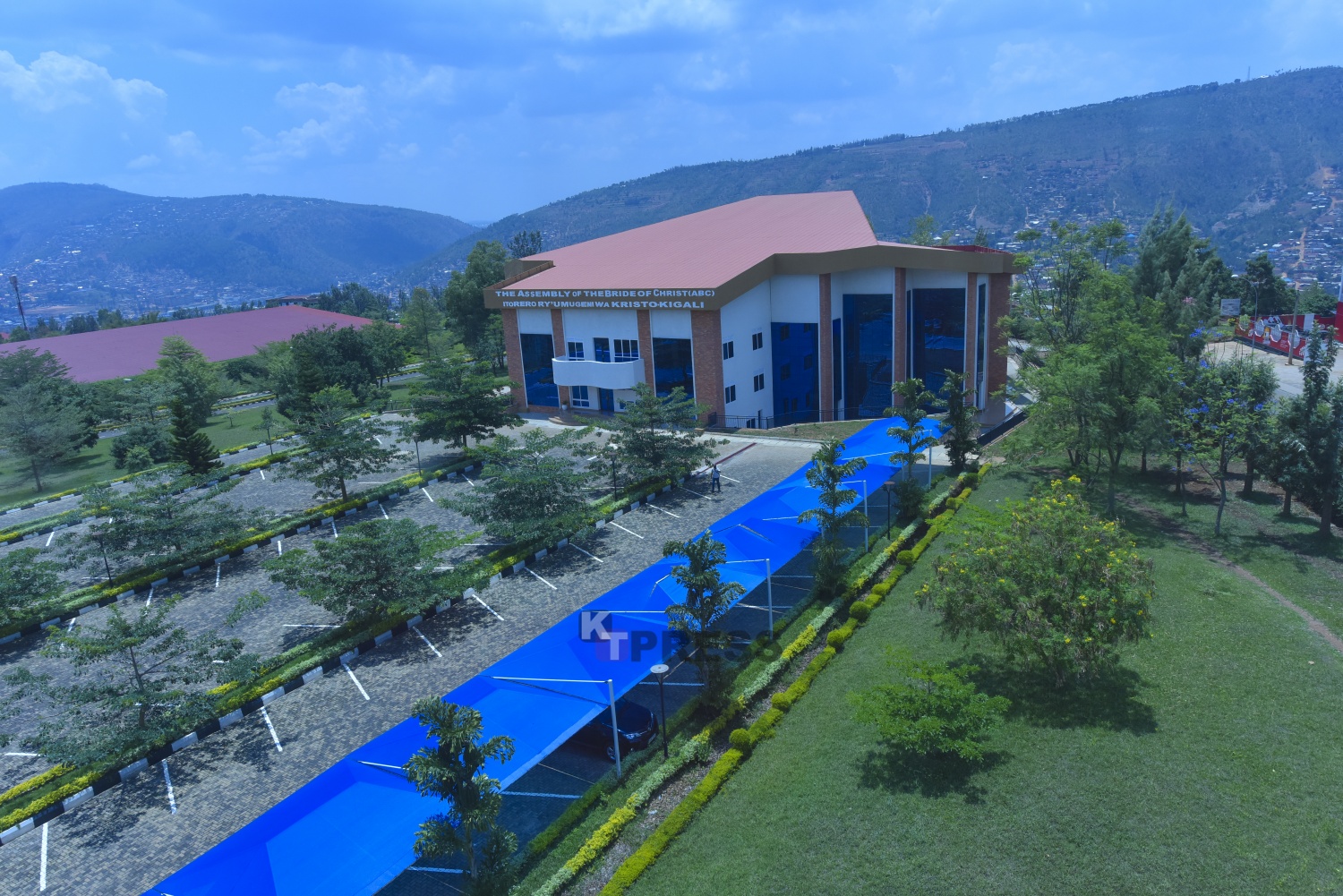 ERC Kimisagara is probably among the first ‘new’ churches to have been founded in Rwanda in the wake of the Genocide against Tutsi- Did that inspire the name ‘Restoration?’ Well, Apostle Yoshua Ndagijimana Masasu, the church visionary and legal representative is the only person with an answer. 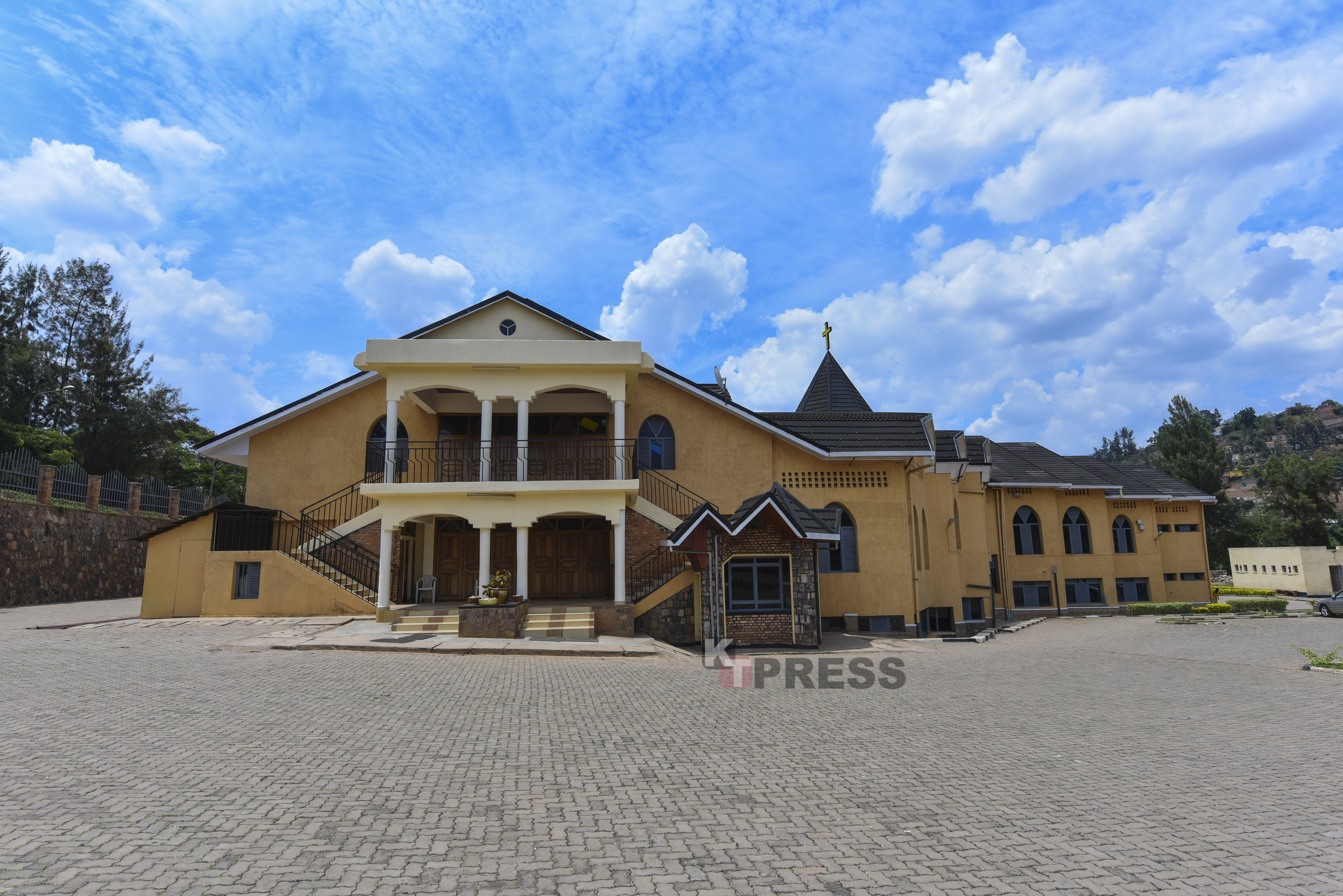 Back to the church, it is located at Kimisagara, some five minutes drive from Nyabugogo market. The architecture impression of the church is unique. Unfortunately, the architect – former senior pastor of the church died prematurely without working on more designs for the church which keeps spreading wings. On average, ERC Kimisagara capacity is 4000 people. 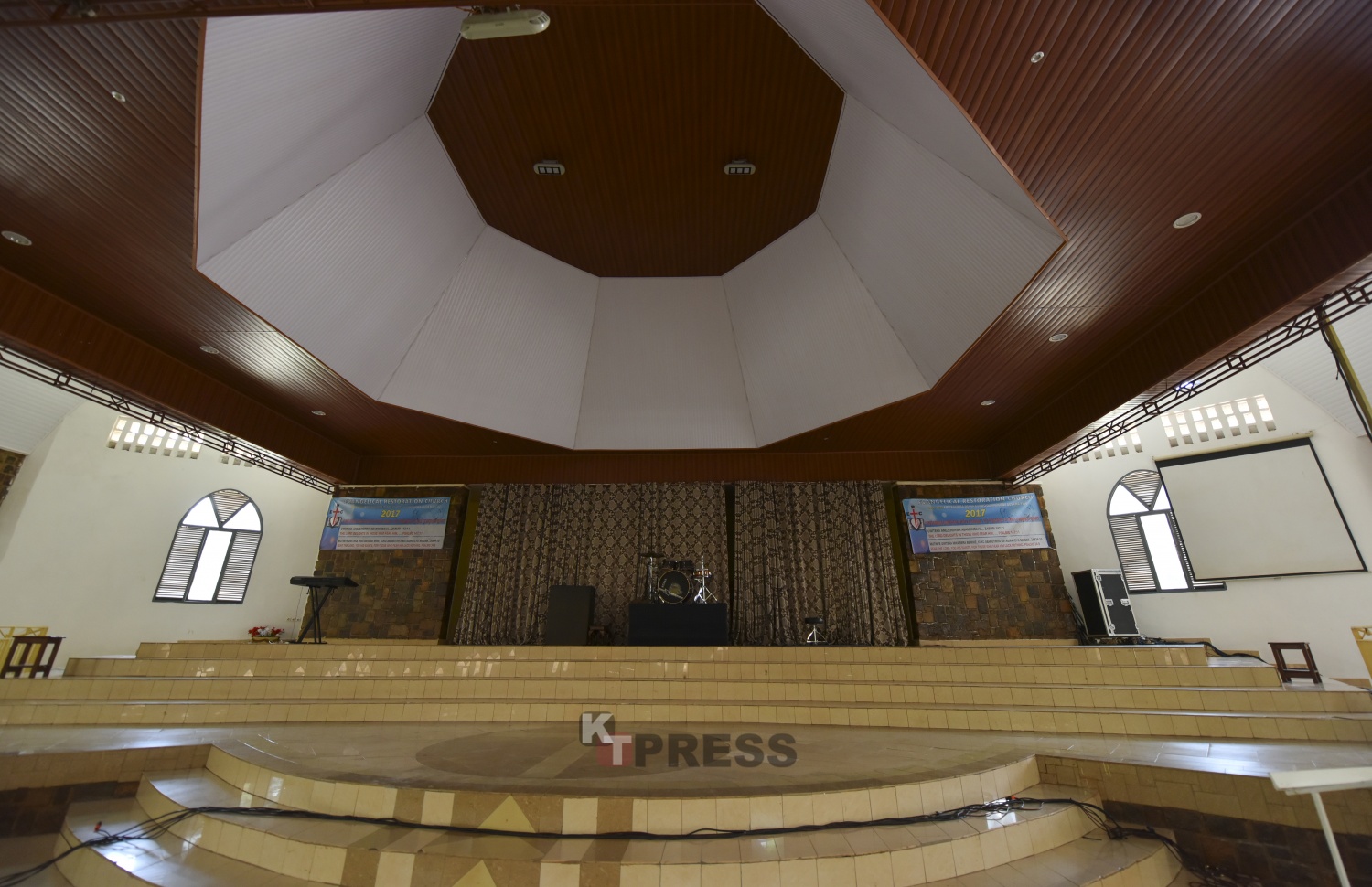 While other churches go out to look for a swimming pool to baptize new Christians, ERC Kimisagara has solved that. At the pulpit, the designer built a baptismal well which is covered by a huge metallic cover. 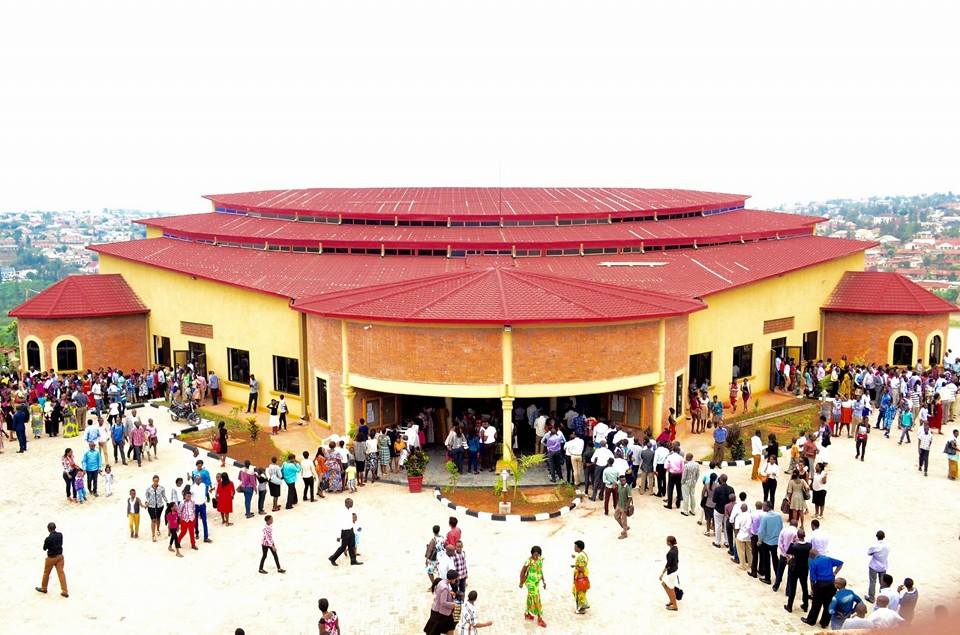 ERC Masoro, or better call it Kigali International Prayer Mountain (KIPM) is the first phase of a big project of a church, a shopping mall, a school and a multipurpose hall that seats on 12 hectares at Masoro cell, Ndera sector of Gasabo district. 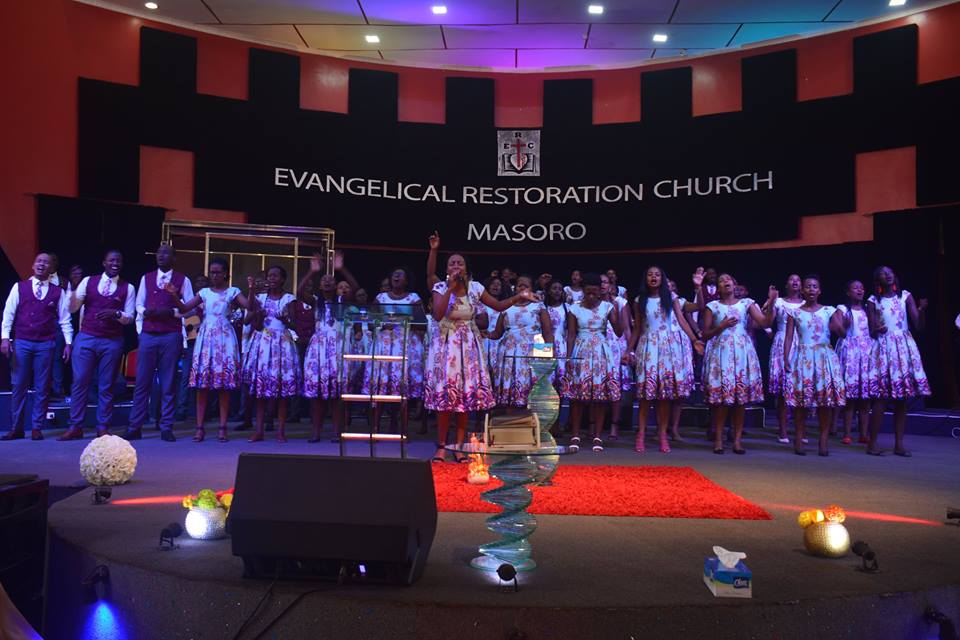 With 4000 people capacity, the church is fully funded by Christians and its construction is ongoing.   The church intends to build a very strong live streaming for people to follow preaching online. 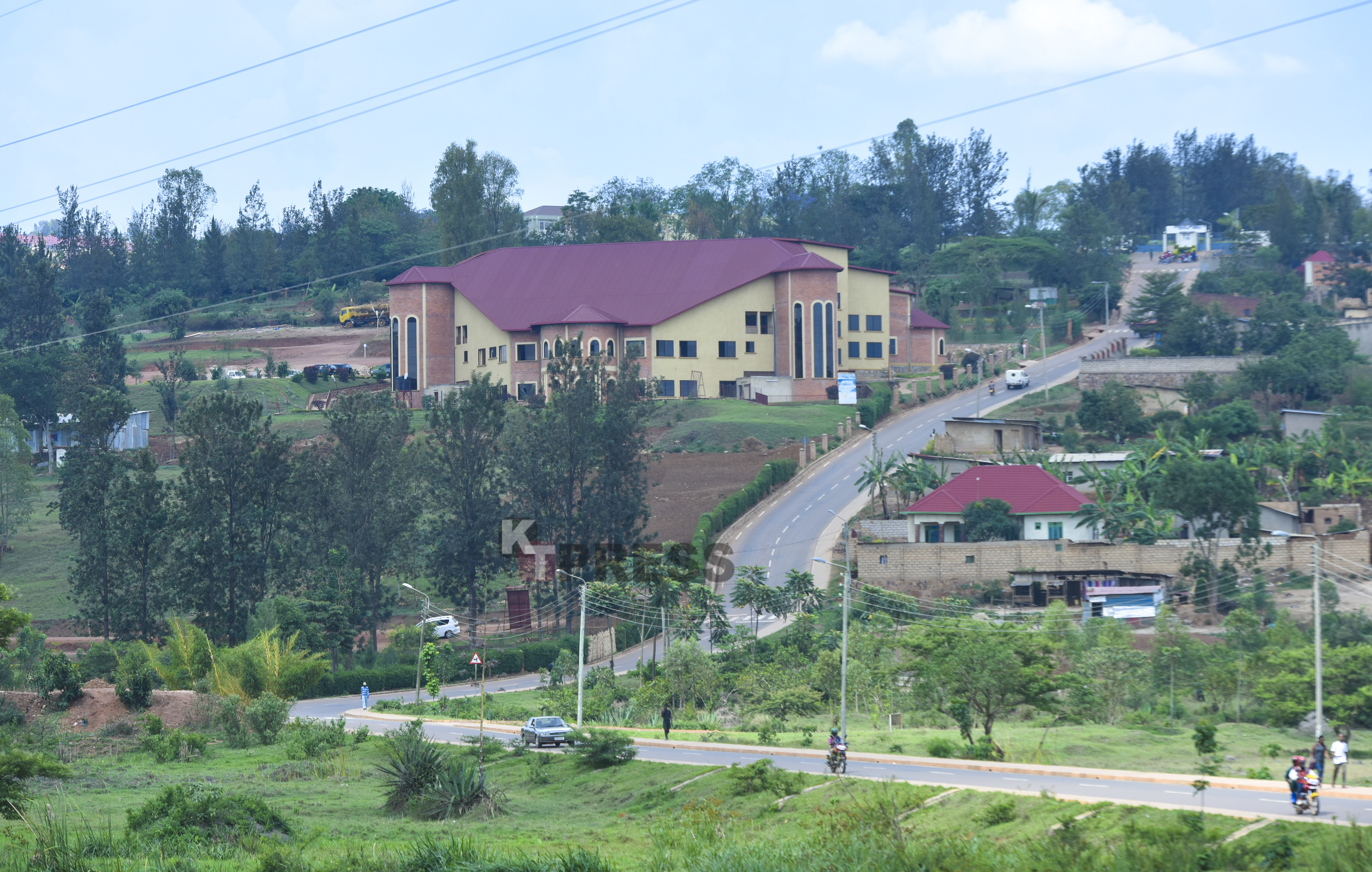 Nyamirambo Mosque commonly known as Kwa Kadhafi is another beautiful building that represents the Muslim art in Rwanda. 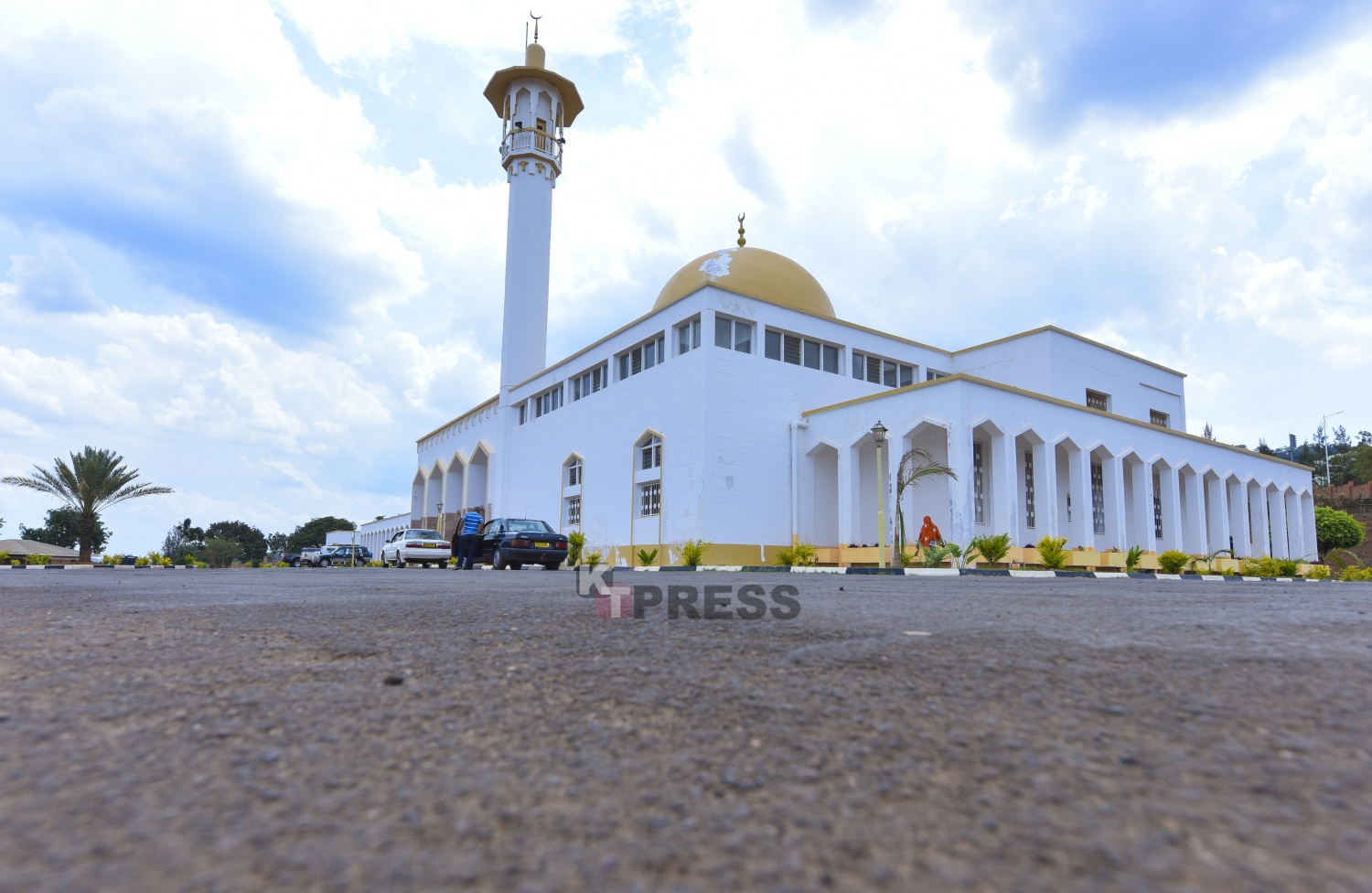 The mosque was built in 1979 at a budget of $8000 with a capacity of 800 people. It has several infrastructures like classrooms, a health center on top of the mosque. 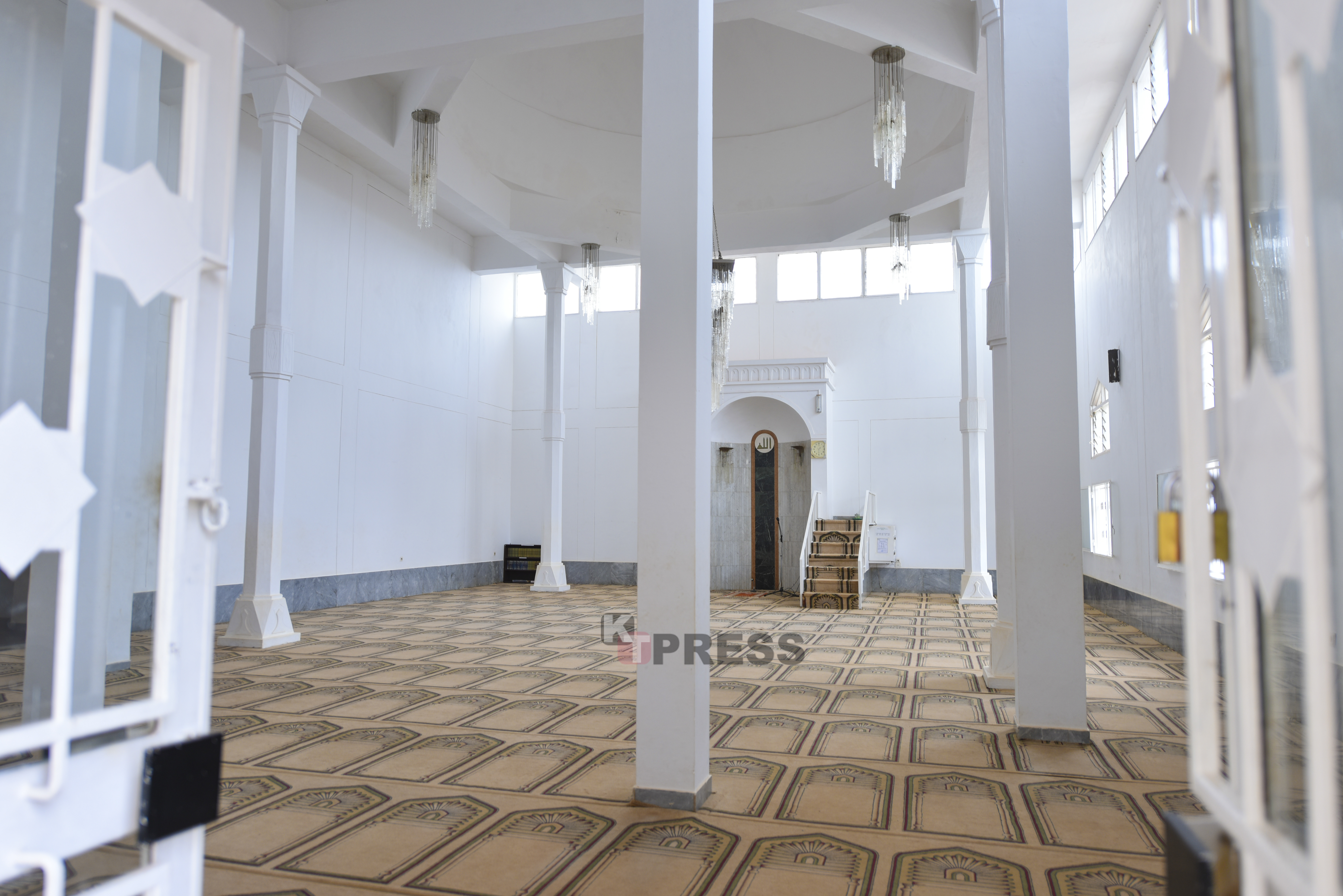 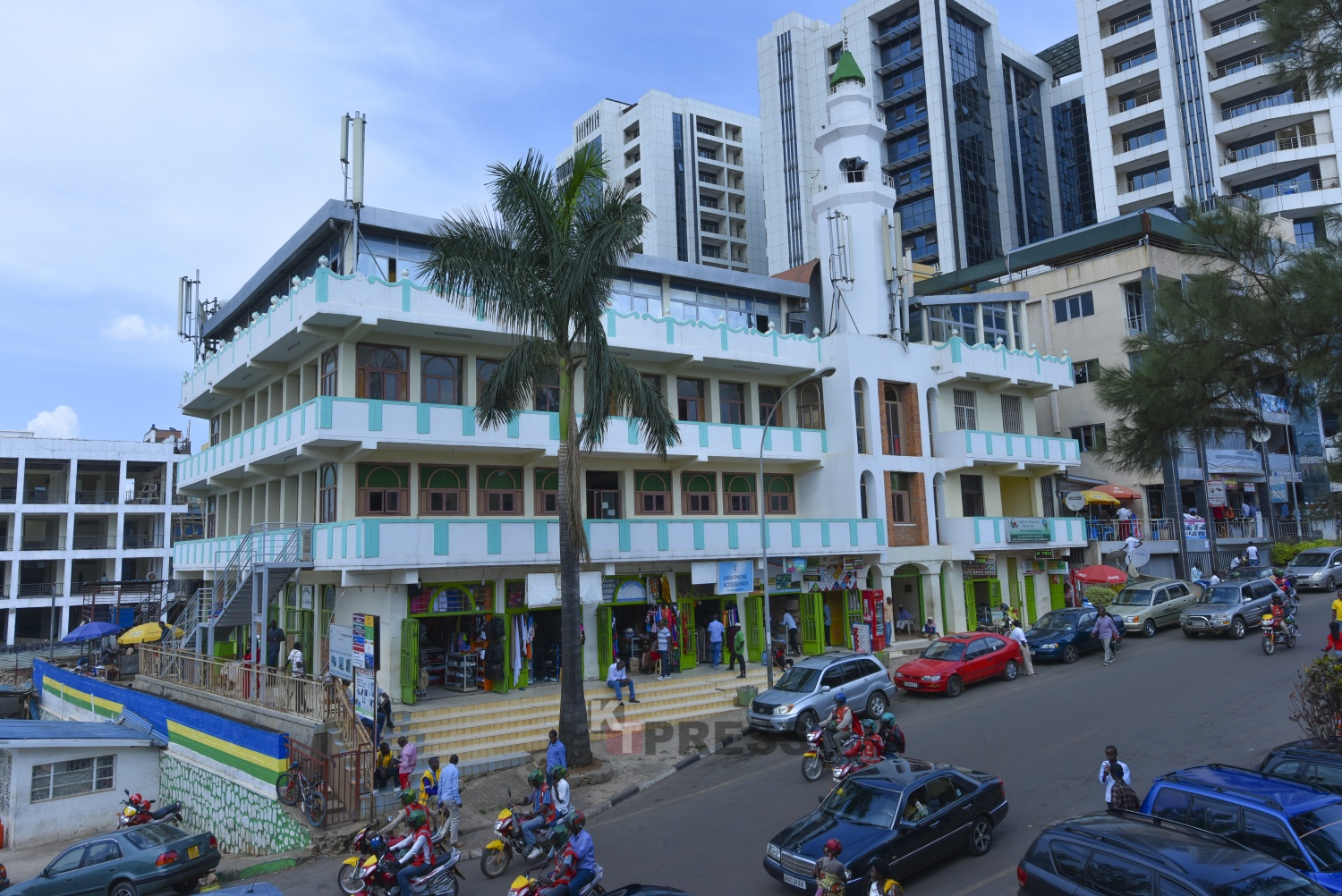 Apparently, the oldest religious structure on our list is the Kigali downtown Mosque. The three-storied building was built in 1913 and revamped in 2007 at a cost of Rwf300 million. It has a capacity to host 2000 worshipers. 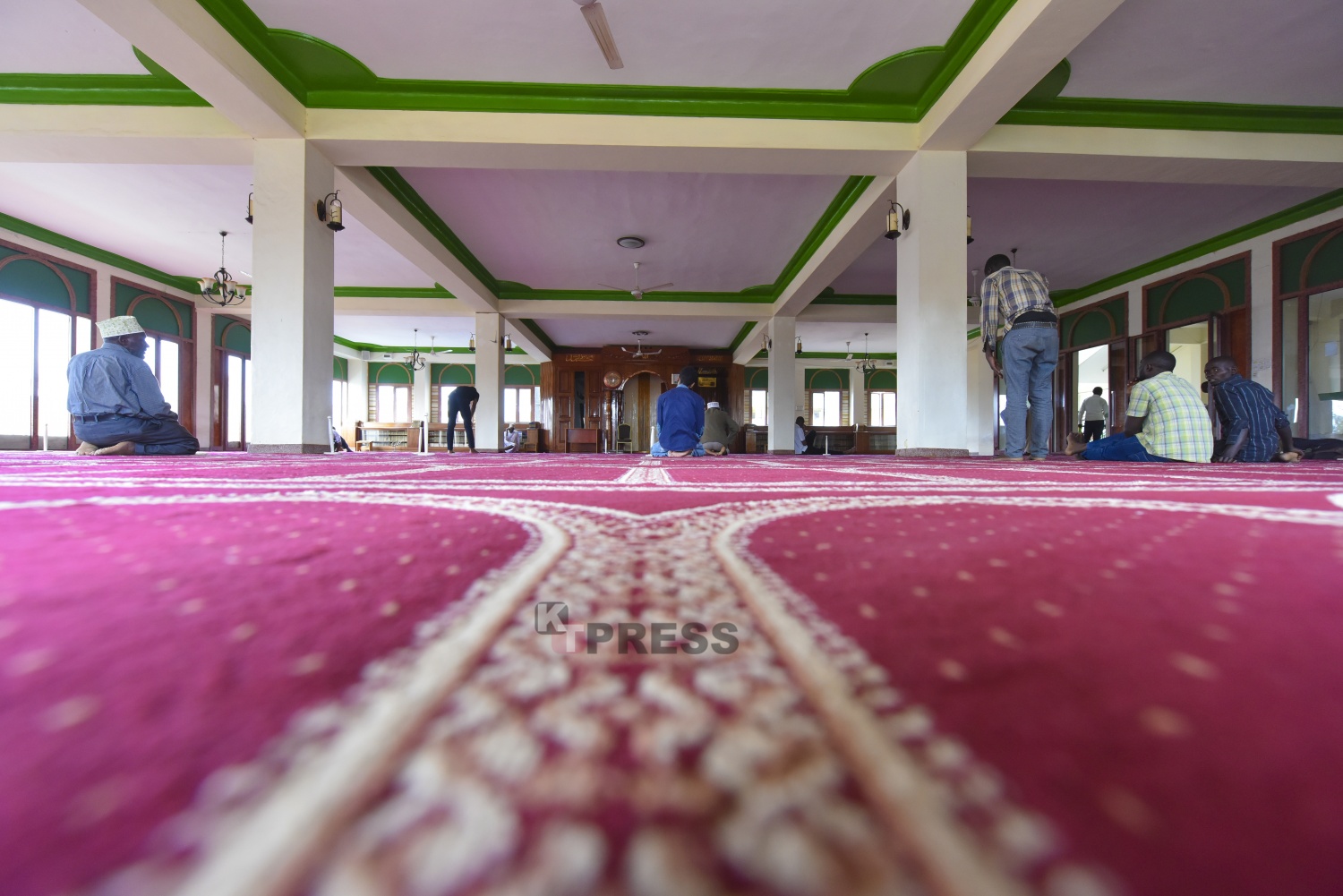 The mosque carpet constitutes the uniqueness of this building, but do not forget other interior designs where the wood is used at its best. 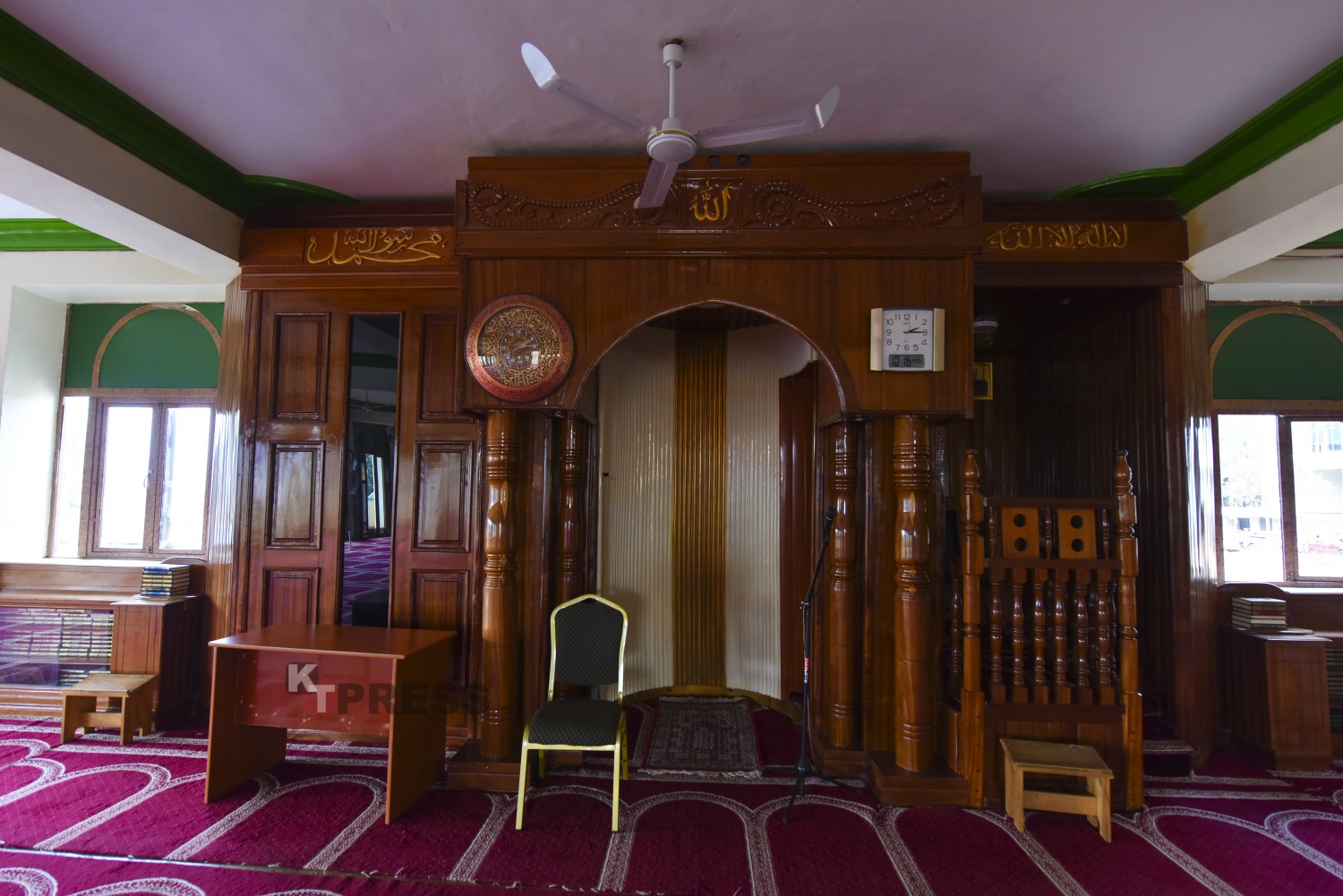 Situated on the cobblestone road connecting Kisementi to Sonatubes, the 7th Day Adventist Church can host 3,500 people. Something unique that will shock you about this church is that initially, this church used to be a nightclub before it was acquired from the former owner in 1991. 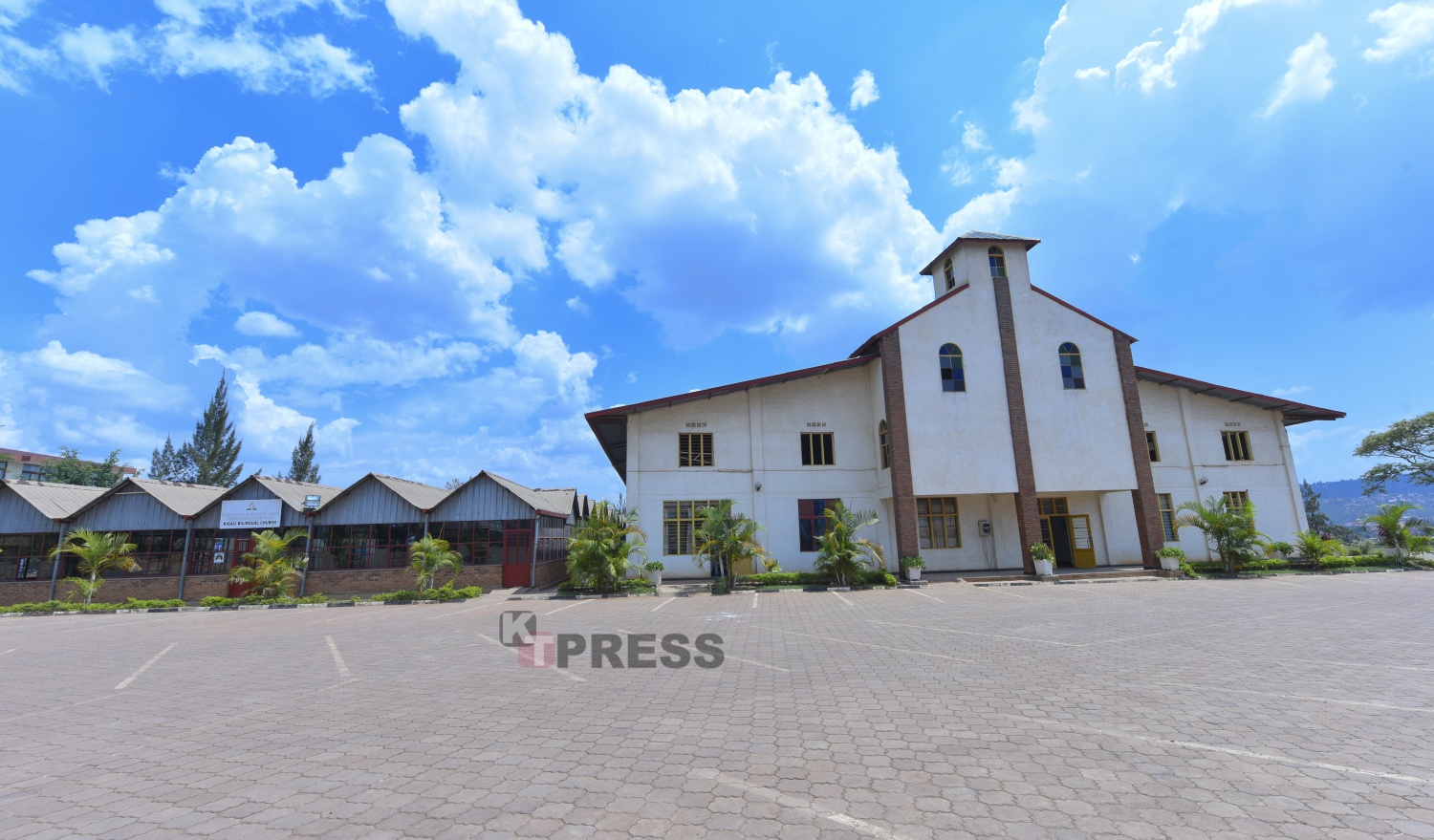 After acquiring this building, the Adventist church leaders blessed it, gave it a new name ‘church’. It was renovated in 1998. 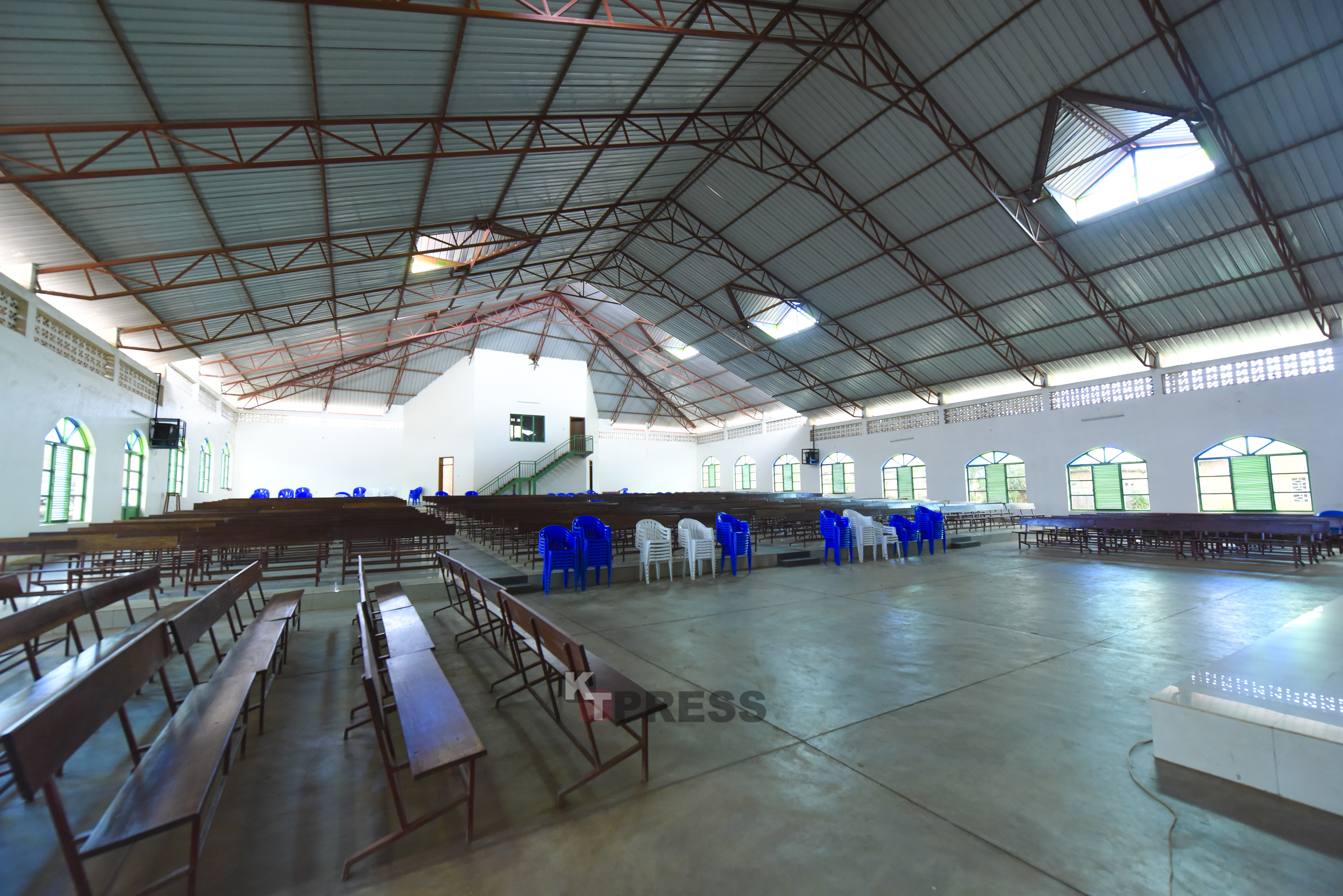 The Roman Catholic Church Regina Pacis is located on the main road to Kimironko, opposite the University of Rwanda, College of Education. 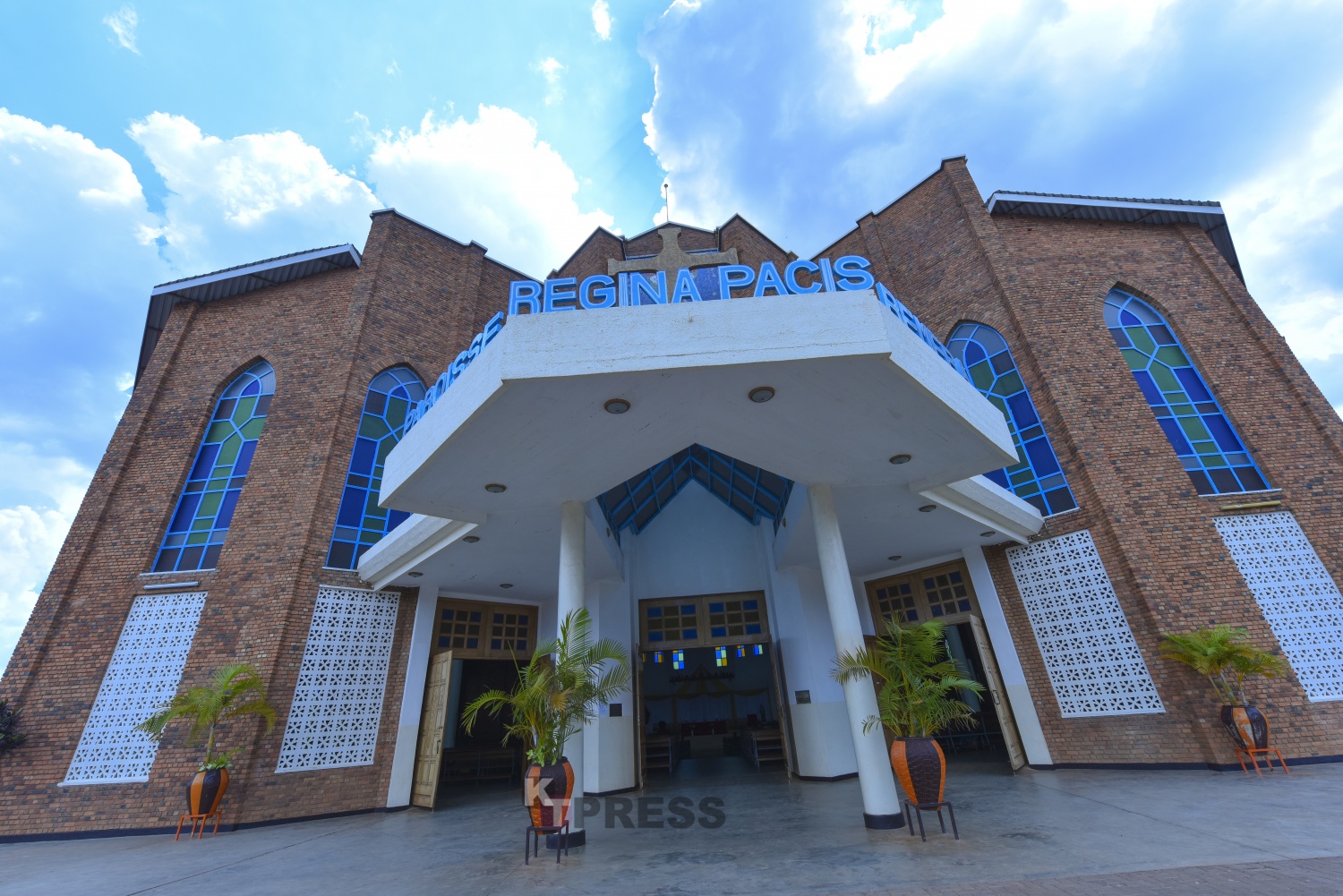 Fully funded by Christians, the church was constructed in 2008 at Rwf800 million with a capacity of 3,500 people. 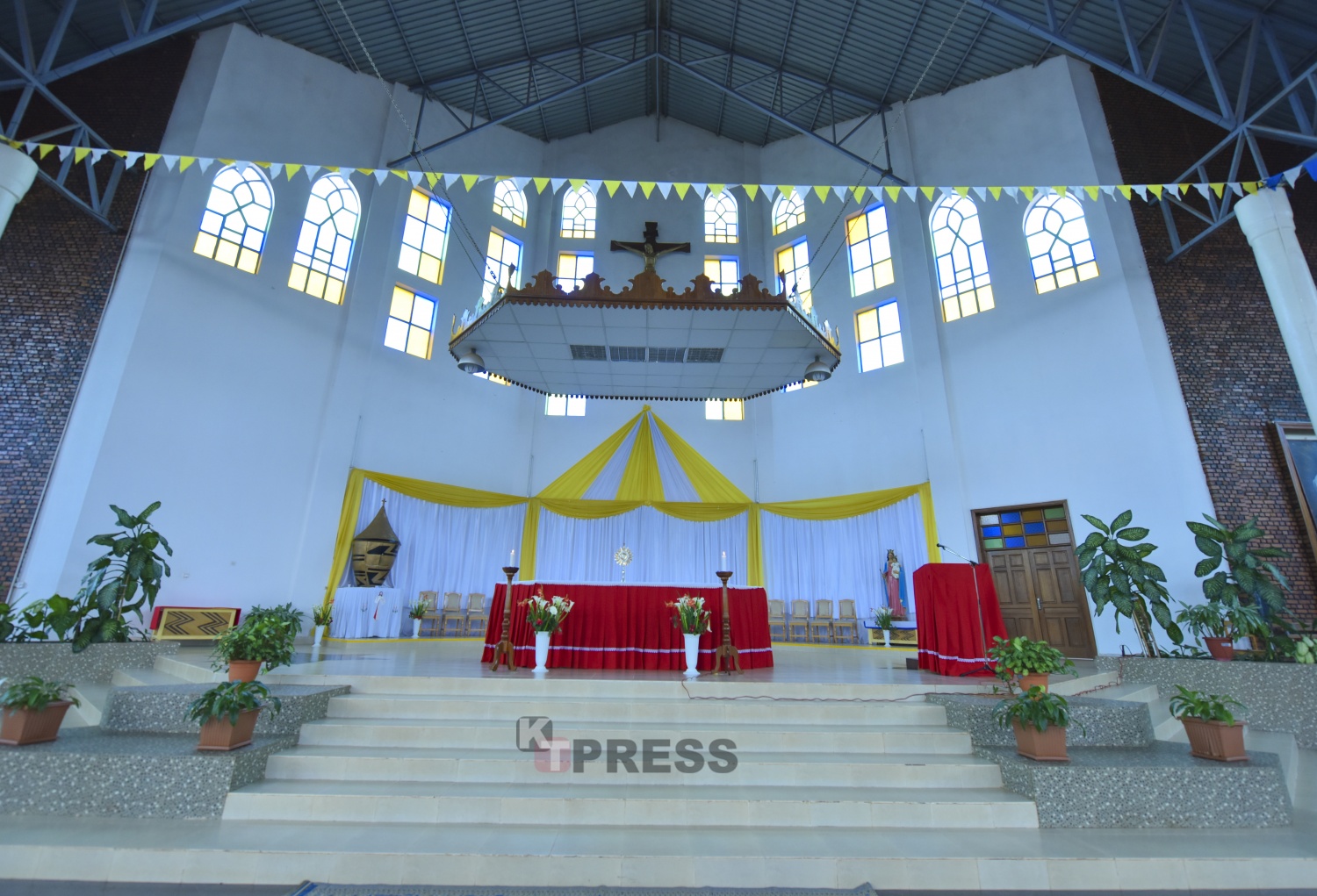 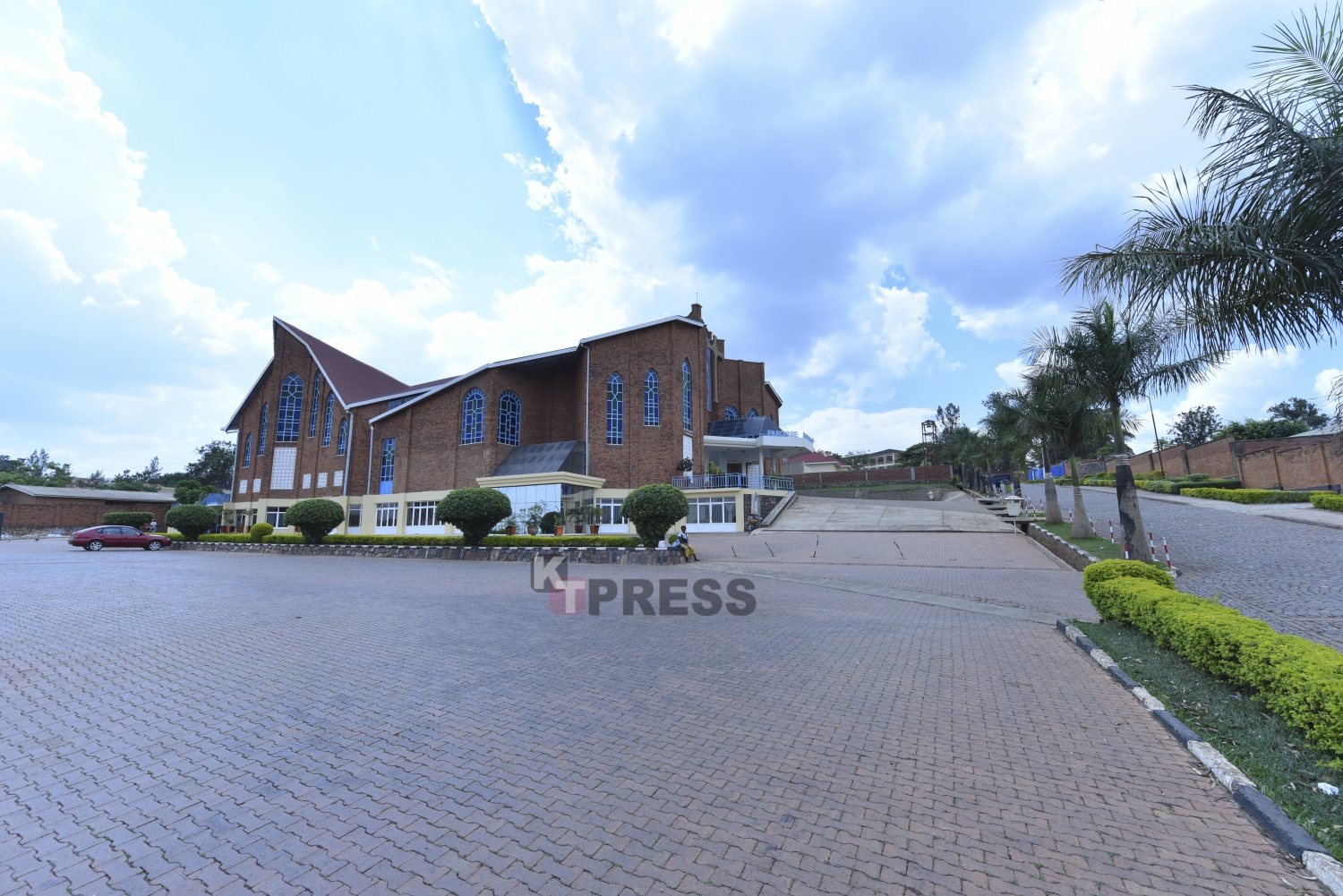 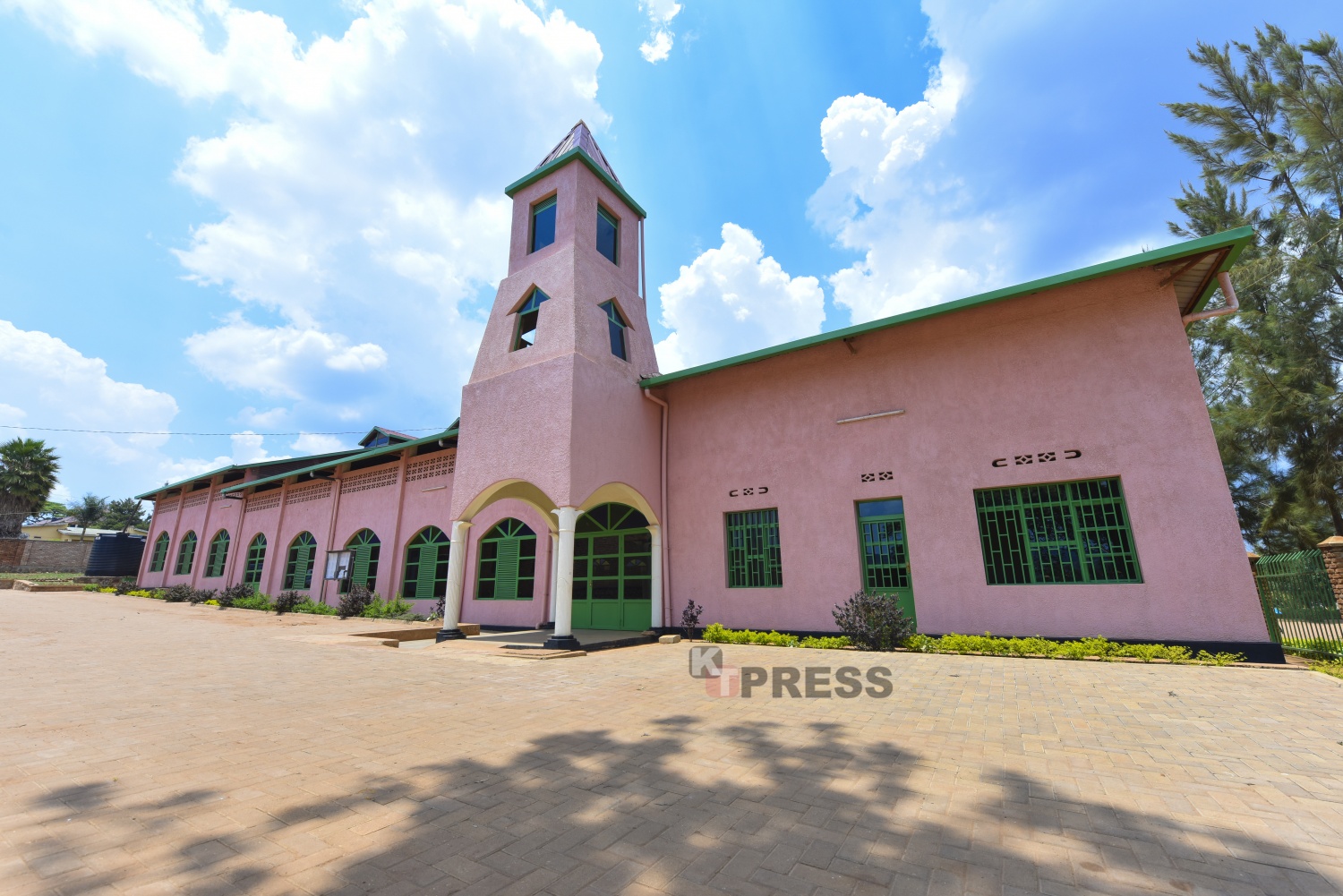 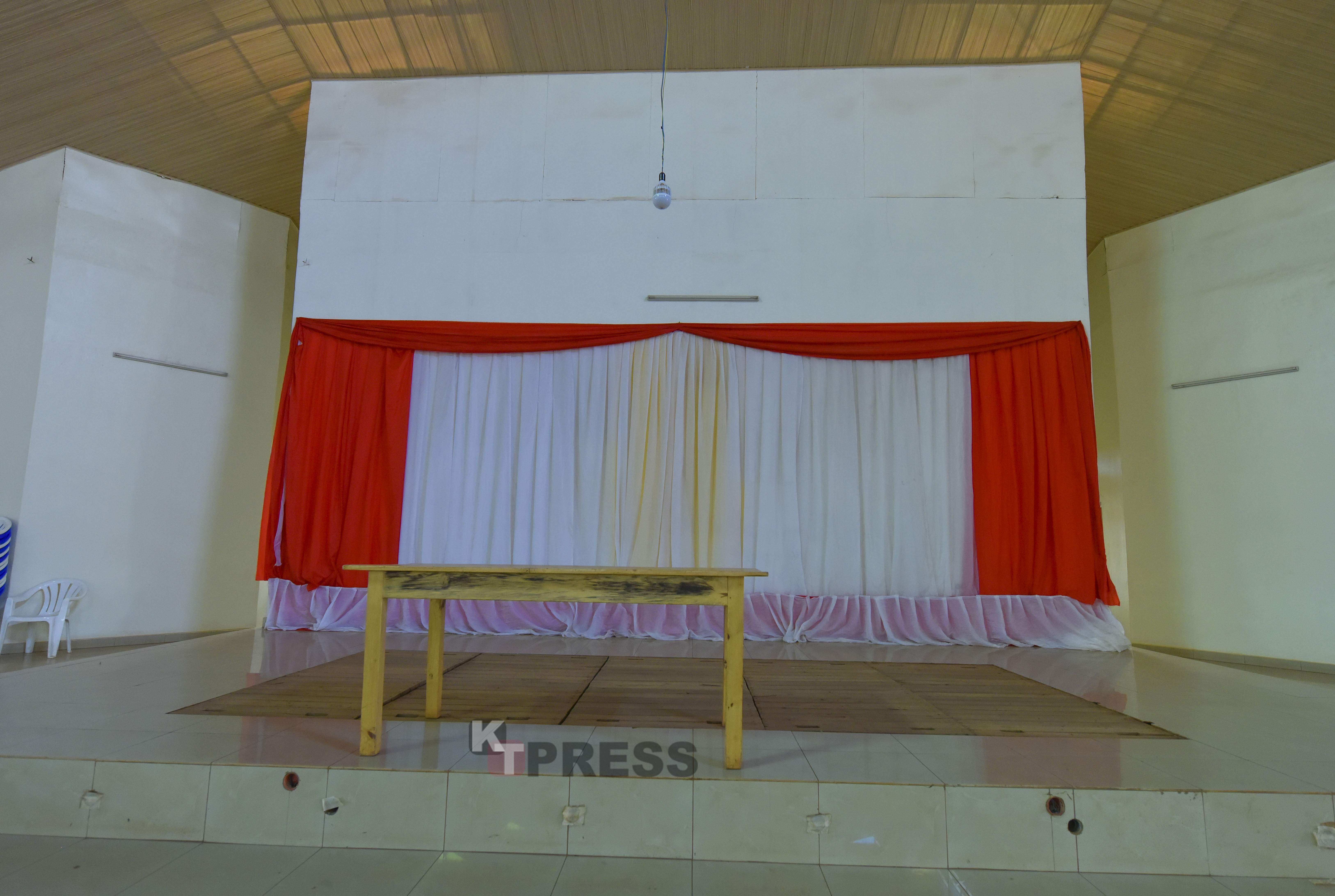 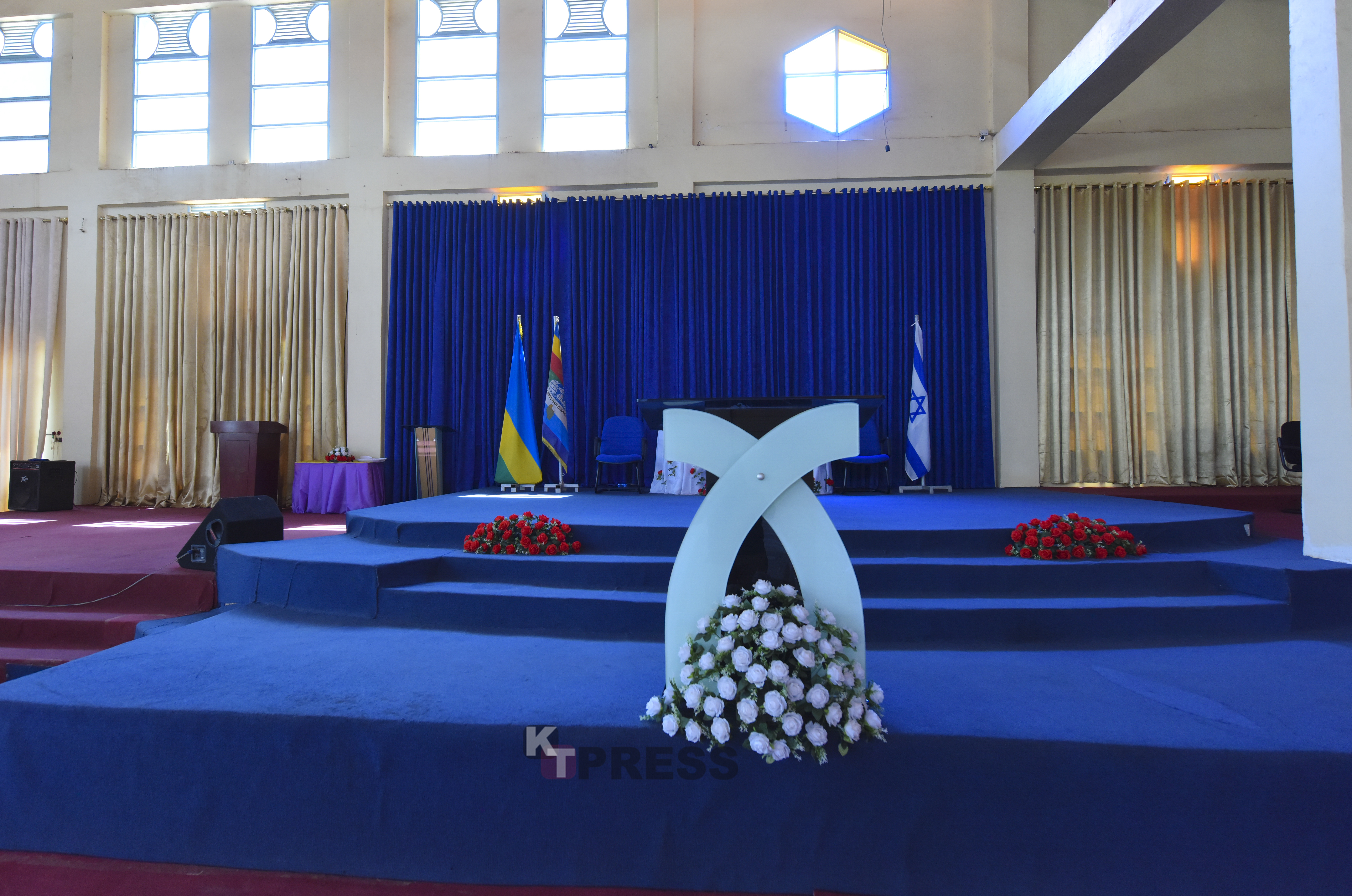 great reportage. I like the choice of subject. Keep it up. If more of the history of the respective churches was given (like of the Adventist church that used to be a night club) that would have been great. Kwa rugamba has a story behind it for instance. Thanks for the good reportage . I am sharing it with friends.

Hello. I am so proud of Rawana. Going from fighting each other to building the best country in the whole wide world. I’m an American Negro descendant of slaves.
It is so rewarding to see what our people can do when left alone from European brutal interference. I love you all very much and hope to visit one day.